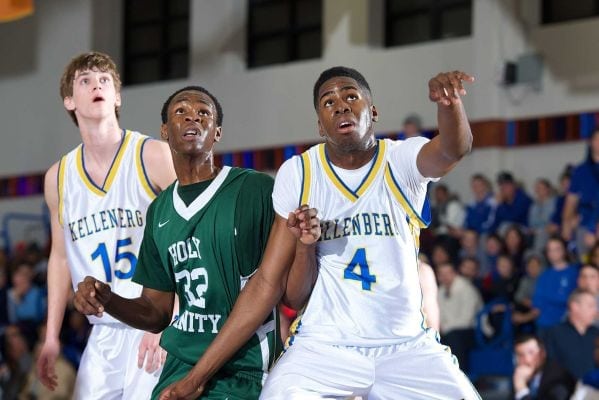 Article by Newsday’s  Laura Albanese:
Cars packed every crevice of the hills leading up to Kellenberg. Every seat in the gym was occupied, and fans cheered and chanted until the stands shook.
They cheered for that tall kid, that kid who used to ride the bench. The point guard. The thing is, a year ago, no one knew the names of the current stars of this Firebirds team, but now the stands chant “Swaggy Steve” when Steve Torre makes a shot. And Kellenberg, which kept its hope for first place alive in a 67-60 win over rival Holy Trinity (8-3) Wednesday night, is making a very real name for itself in CHSAA.
“We knew we didn’t have any stars this year,” Torre said. “I was on the team last year and didn’t play.”
“I wasn’t a starter,” added point guard Kyle Quinn.
“And I wasn’t a starter,” said Mike Torre, Steve’s brother.
“We came so far from last year,” Quinn said. “It’s completely different.”
The road hasn’t been smooth for a team that graduated…

Read the rest at Newsday.com: http://www.newsday.com/sports/high-school/boys-basketball/steve-torre-s-25-points-help-kellenberg-get-past-holy-trinity-1.7140954?p=16563