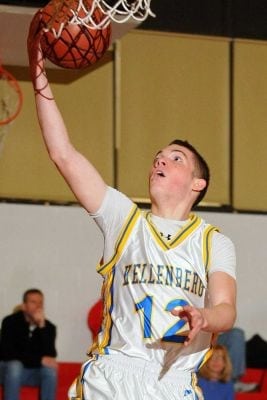 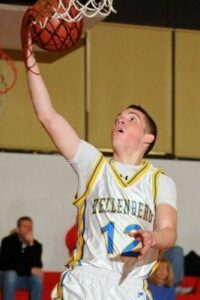 Get out quickly and start running. Derrick Okunpolor knows that’s when Kellenberg’s basketball team is at its best.
It all came together for the Firebirds in the second half of the 27th George Emma Classic on Martin Luther King Day on Monday at Freeport High School.
And once it got going, Steven Torre was lighting up the scorebook. Torre scored 19 of his team-high 26 points in the second half for Kellenberg in a 56-45 win over Long Beach.
“My teammates were giving me good open looks,” said Torre, who was named the game’s team MVP. “All I had to do was make good open cuts and finish off that.”
Okunpolor made things easy for Torre because it was his rebounding that helped start the fast…