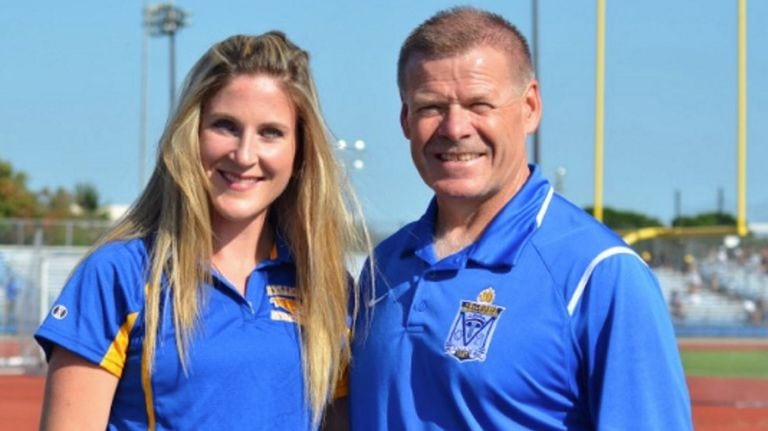 For Tara Marsigliano, Kellenberg Memorial High School’s football game against St. Francis Prep on Sunday was a homecoming in more ways than one.

Marsigliano graduated from Kellenberg, a Catholic school in Uniondale, in 2006 with dreams of one day returning as a teacher. But after graduating with degrees from Iona College and Hofstra University, she ended up as a K-4 teacher in Downtown Brooklyn.

That is, until Kellenberg Athletic Director John Fechtmann called Marsigliano, who rowed crew all four years of undergrad at Iona and went on to become a crew coach in Manhasset, with a “crew question” recently.

“I’m thinking it will be something simple — nothing to do with me being hired there, and he said, ‘What about starting our [crew] team and teaching here?’ ”she said.