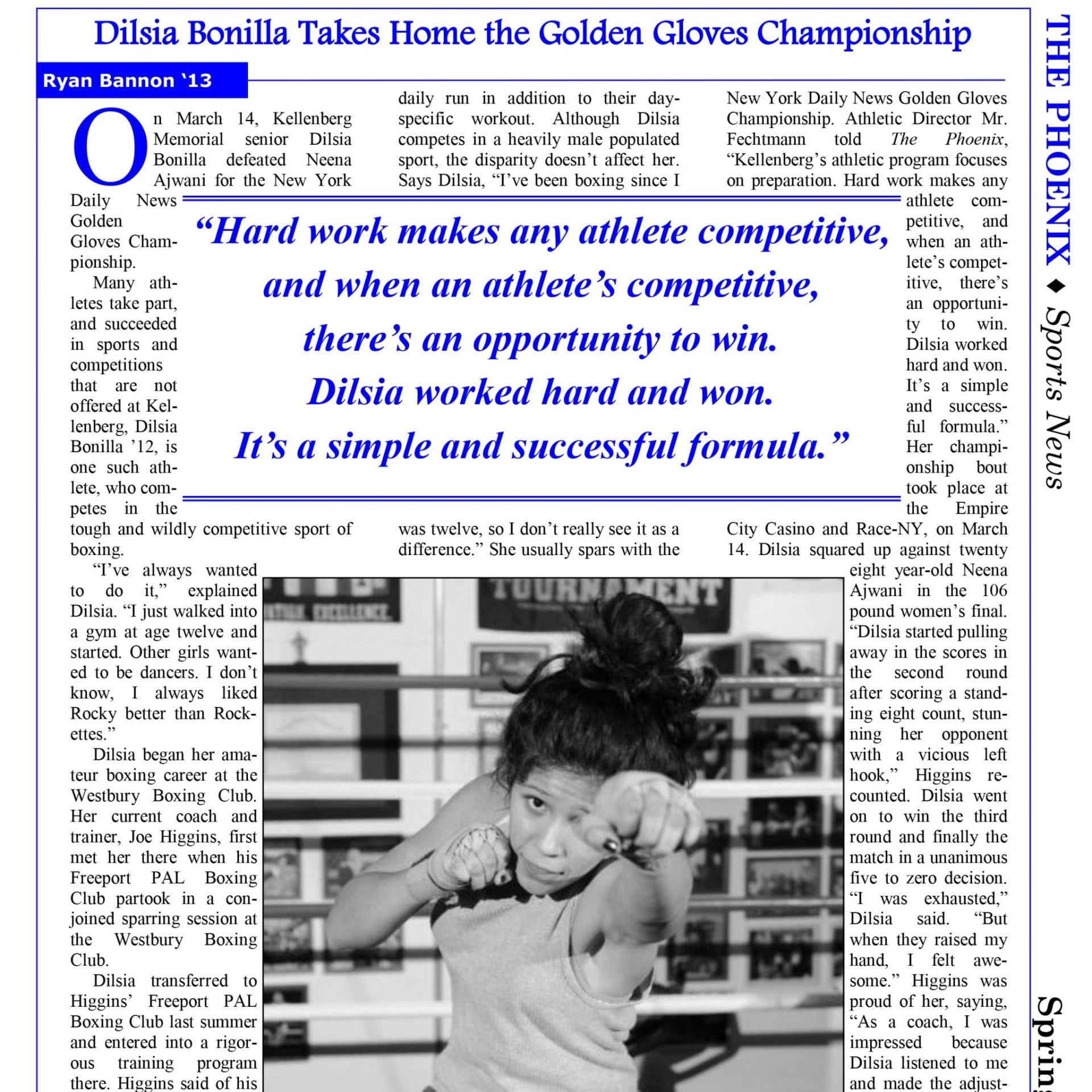 On Friday, March 1, 2013 members of The Phoenix Newspaper attended LIU Post for the Best of High School Journalism Awards. The day began with a tour of the wonderful campus which was followed by a fabulous lunch finally concluded with the highly anticipated awards ceremony. The key note speaker, Jamie Lynn-Ryan, delivered an inspiring speech about her experiences at LIU Post and the perseverance which contributed to her success. She is currently the editor of South Bay’s Neighbor Newspaper.
After the key-note speech, the awards ceremony promptly began. To The Phoenix Staff’s delight, senior Ryan Bannon won first place for Best Sports Story with his article “Dilsia Bonilla Takes Home the Golden Gloves Championship”. The story, published last spring in The Phoenix Volume 25 Issue Number 6, told the story of Class of 2012 Dilsia Bonilla, a talented and accomplished female boxer. The spotlight on Bonilla interested the judges because of the rarity of female boxers as well as the impressive feat of winning the New York Daily News Golden Gloves Championship. She defeated her twenty-eight year old opponent Neena Ajwani for the title.
Judges and contest coordinators praised and applauded Ryan on his spectacular article which earned him the first place award. This honorable achievement is definitely one he should be recognized for. Congratulations Ryan Bannon!
[button link=”http://s3.amazonaws.com/org.kellenberg.www-media/wp-content/uploads/2013/04/04121422/Ryan-Bannon-Dilsia-Bonilla.pdf” type=”big” newwindow=”yes”] Click here to read the article.[/button]

Seniors Celebrate Back to School with the Senior Sunrise Breakfast
September 21, 2022
Go to Top