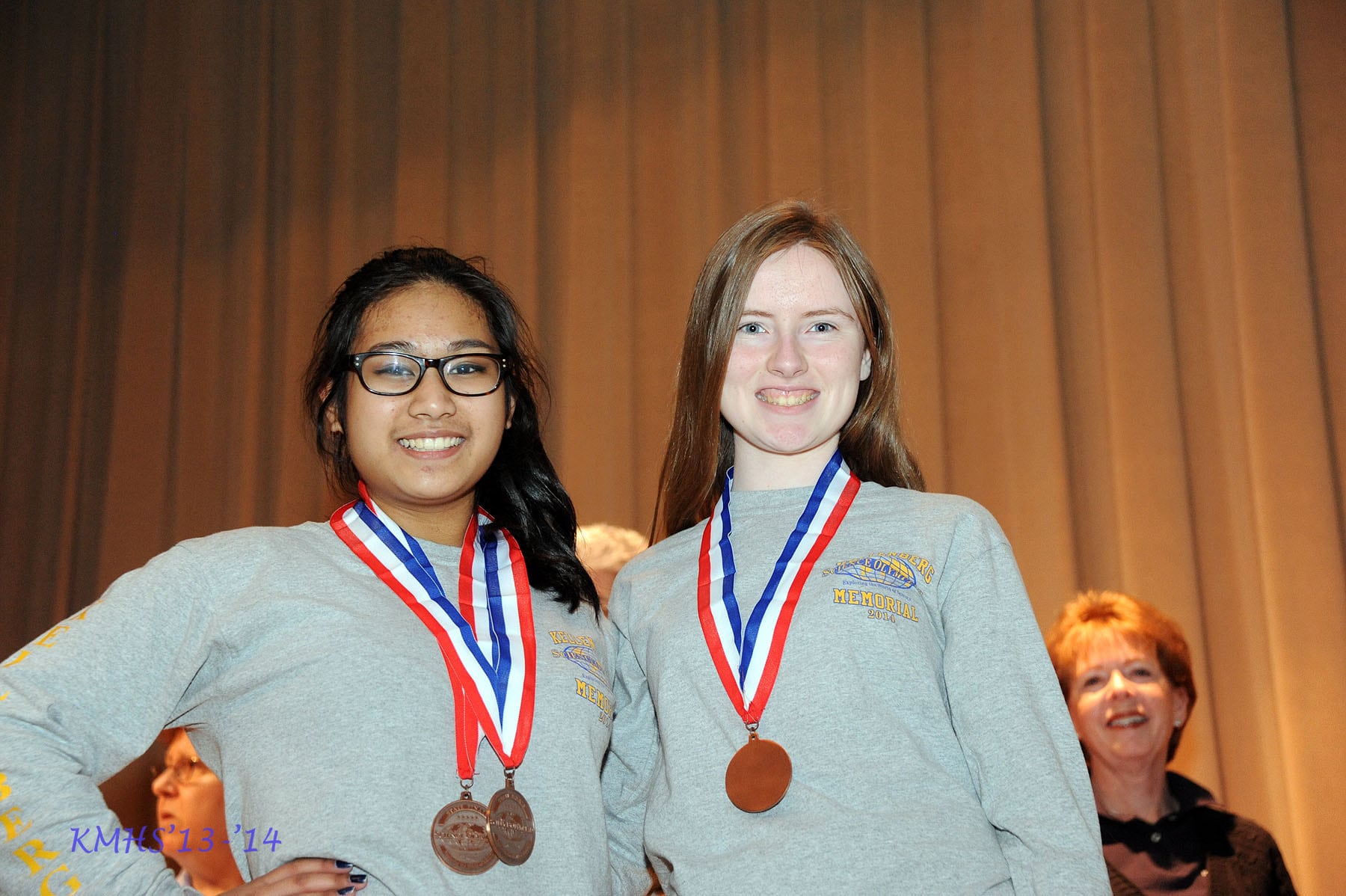 Article by Darcy Gray, Class of 2014; New York State’s Science Olympiad competition is widely recognized as one of the most competitive in the nation. Teams came from all across the state, from the Big Apple to the Great Lakes and everywhere in between to compete for the illustrious State medals in their events. With 51 teams each bringing 15 members and coaches in tow, the venue for the championship must be able to handle such capacity and is generally a college campus. This year, however, the esteemed competition took place at a high school, but not just any high school: Kellenberg Memorial. On Friday, March 14th, the school opened its doors to the hundreds of brilliant students who rushed in carrying hand-made calorimeters, bungee cords, and vehicles called scramblers. Building events are a major part of the competition so the gym, auditorium, Millennium Room, and even a staircase were monopolized all weekend by excited students running their impressive handcrafted devices. Meanwhile, the classrooms that were not serving as home bases for the teams housed numerous test events and lab events. As students sat down to take tests in subjects that they had zealously studied for months, they looked around the rooms at the individual team t-shirts and marveled at the other teams present. Legendary teams renown for their traditions of excellence were all present, for in order to participate in states, a team must place high enough in their regional competition to qualify. So on Friday and Saturday, Kellenberg’s classrooms were packed with the best of the best, making the day all the more challenging and invigorating. Kellenberg’s very own Science Olympiad team had scored second at regionals, which was also on the homefront, and now were clashing with the giants from across New York. The team performed extraordinarily, and at the awards ceremony Saturday evening, they won ten medals and took home tenth place overall. In twenty years of Kellenberg Science Olympiad, tenth place is the fourth best they have ever scored! Silver medals adorned the necks of Caroline Barrick and Rachel Buzeta for Rocks & Minerals as well as Patrick White and Brigid O’Keefe for their stellar Elastic Launch Glider. Third place medals were awarded to Will Santos and Chris Yanuzzi for their Scrambler and Caroline Barrick and Erika San Antonio in Water Quality. Darcy Gray and Joseph Levano earned fourth in Dynamic Planet, as did Erika San Antonio and Brigid O’Keefe in Bungee Drop and eighth place medals were awarded to Patrick White and Mary Guardino for Mission Possible, Will Santos and Erika San Antonio in Boomilever, and Mark Campmier and George Becker in Maglev. Joseph Levano and Mark Campmier took home tenth in Astronomy as well. With ten total metals, Kellenberg team members beamed at their accomplishments and the tangible payout for their hours of hard work. The two State Champions, Fayetteville Manlius and Columbia, will be moving on to the National final in Orlando. All the other teams, including Kellenberg, went home proudly Saturday night, knowing they had done their best and accomplished so much simply by being there. As Kellenberg senior Science Olympiad president Caroline Barrick said, “The team this year was comprised of dedicated young scientists who gave it their all, had so much fun, and made Kellenberg proud!”