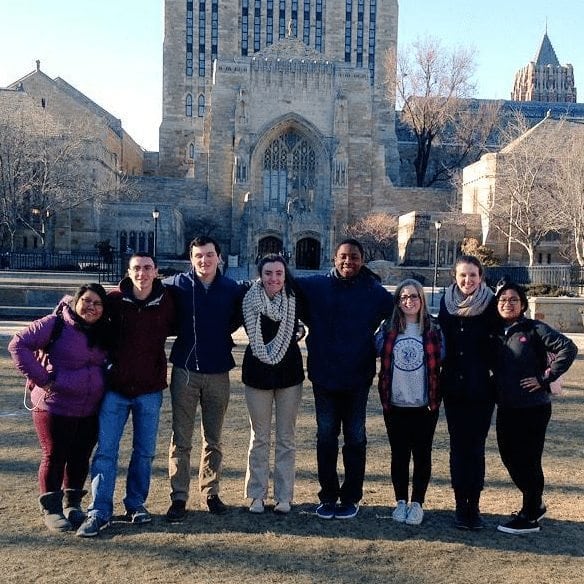 Article by Rachel Buzeta, Class of 2015:
Meeting at 4:30 a.m. on January 17, Kellenberg Science Olympiad took two teams comprised of 27 students to compete in New Haven, Connecticut. That day the 2nd annual Yale Invitational was underway. This invitational was run solely by Yale students who were Science Olympiad alumni. These students, aware of the great impact this club has on thousands united by a love of science, decided to host a competition of their own and give back to a community that nurtured their passions for years.
That morning the renowned stone walls of Yale University filled with hundreds of eager students keen on displaying their knowledge of science. Wielding their binders, cheat sheets, and calculators, our 27 students trekked from building to building across the prestigious Yale Campus in sub-freezing temperature as they competed in their events. Bright-eyed and enthusiastic, the students took tests exhibiting their acumen in fields ranging from astronomy to fossils to entomology.
Our A and B team, competed against 45 others, including local rivals Syosset and Chaminade. After about eight hours of competition, all 47 teams gathered in Yale’s Battel Chapel for the long-awaited award ceremony. Our students scurried anxiously into the pews and spoke amongst themselves, discussing the day’s tests and events.  The day had exhausted our students mentally, emotionally, and physically, but the award ceremony proved that all was worth it.
Five medals were earned overall.  Seniors James Trainor and George Becker started the medal-winning trend by earning 3rd place in Air Trajectory. Next,  senior President, Rachel Buzeta, and sophomore Calvin Bernic placed 3rd in Fossils. James Trainor and Calvin Bernic received their second medals, placing 3rd in It’s About Time. Lastly, both our A and B teams excelled in Scrambler. Juniors, Victoria Loucks and Matt Kelly earned third place, while seniors, William Santos and Patrick White earned second place.
Overall, the Kellenberg A team placed an impressive 14th out of 47 and the B team placed 43rd.  The students are excited  for their next invitational which will be at MIT on January 24.  In addition, their meticulous preparations and diligent studies continue as the Western Nassau Division C Regional Competition approaches quickly. Kellenberg will host this event on Saturday, January 31st. 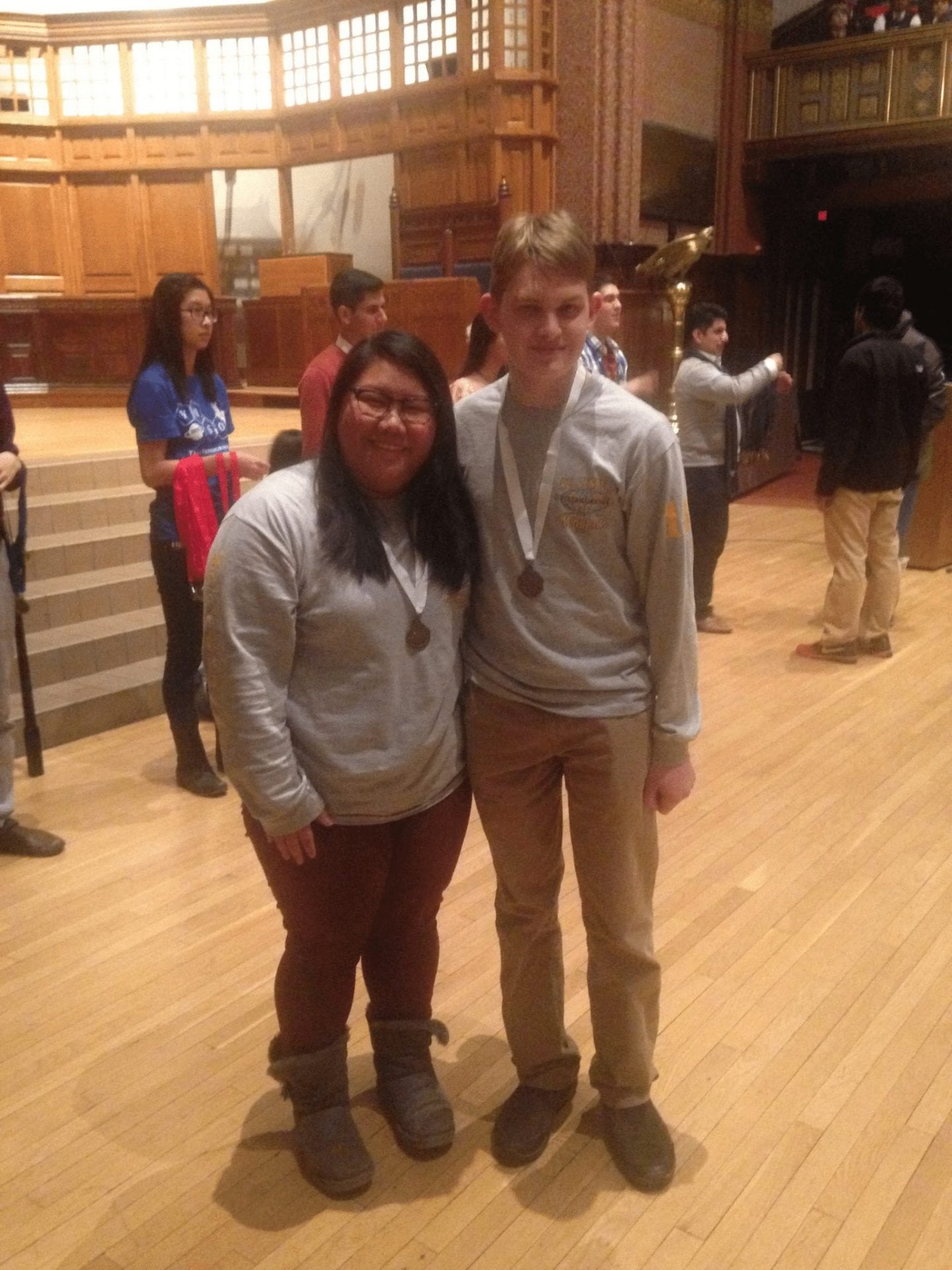 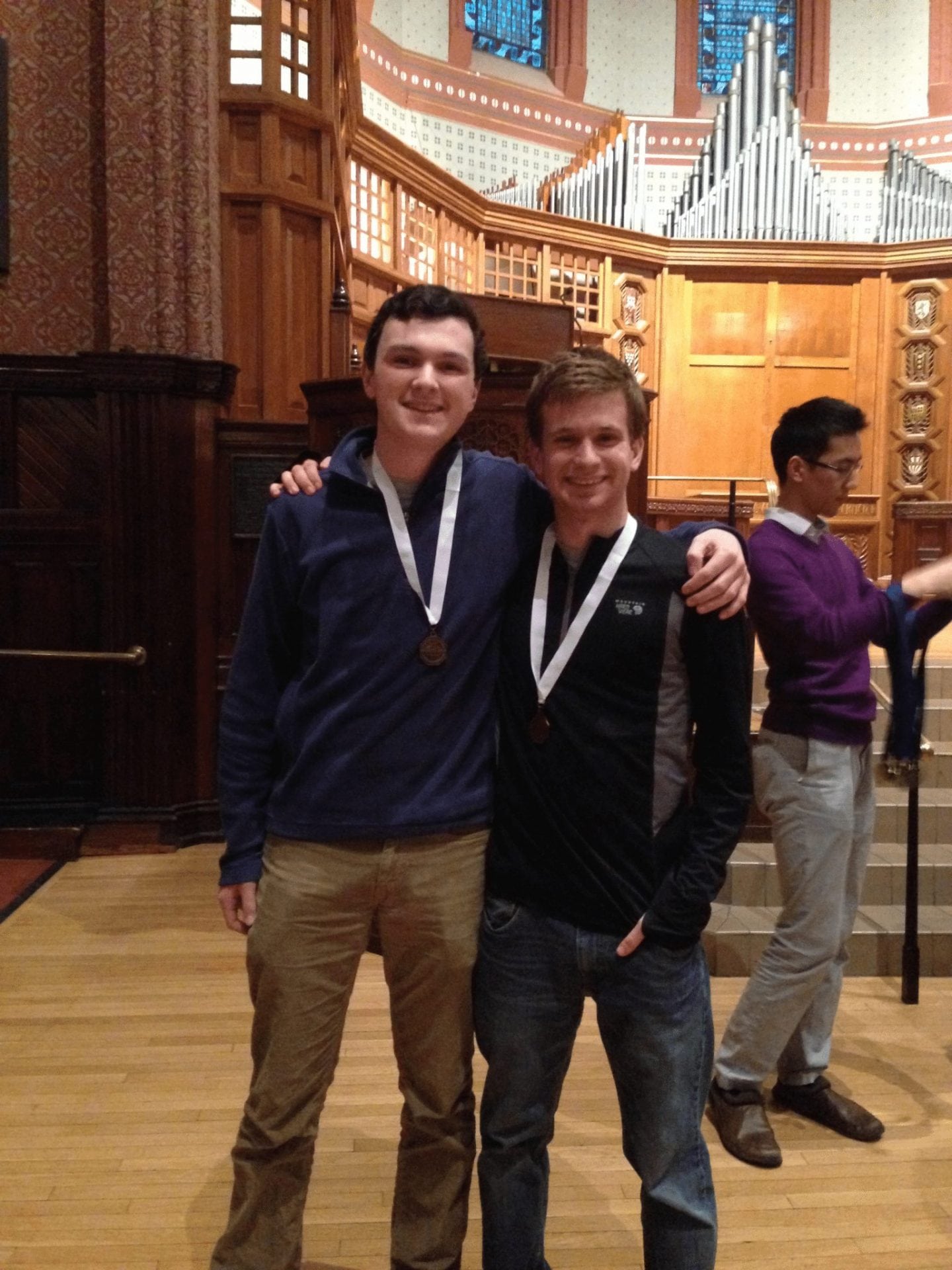 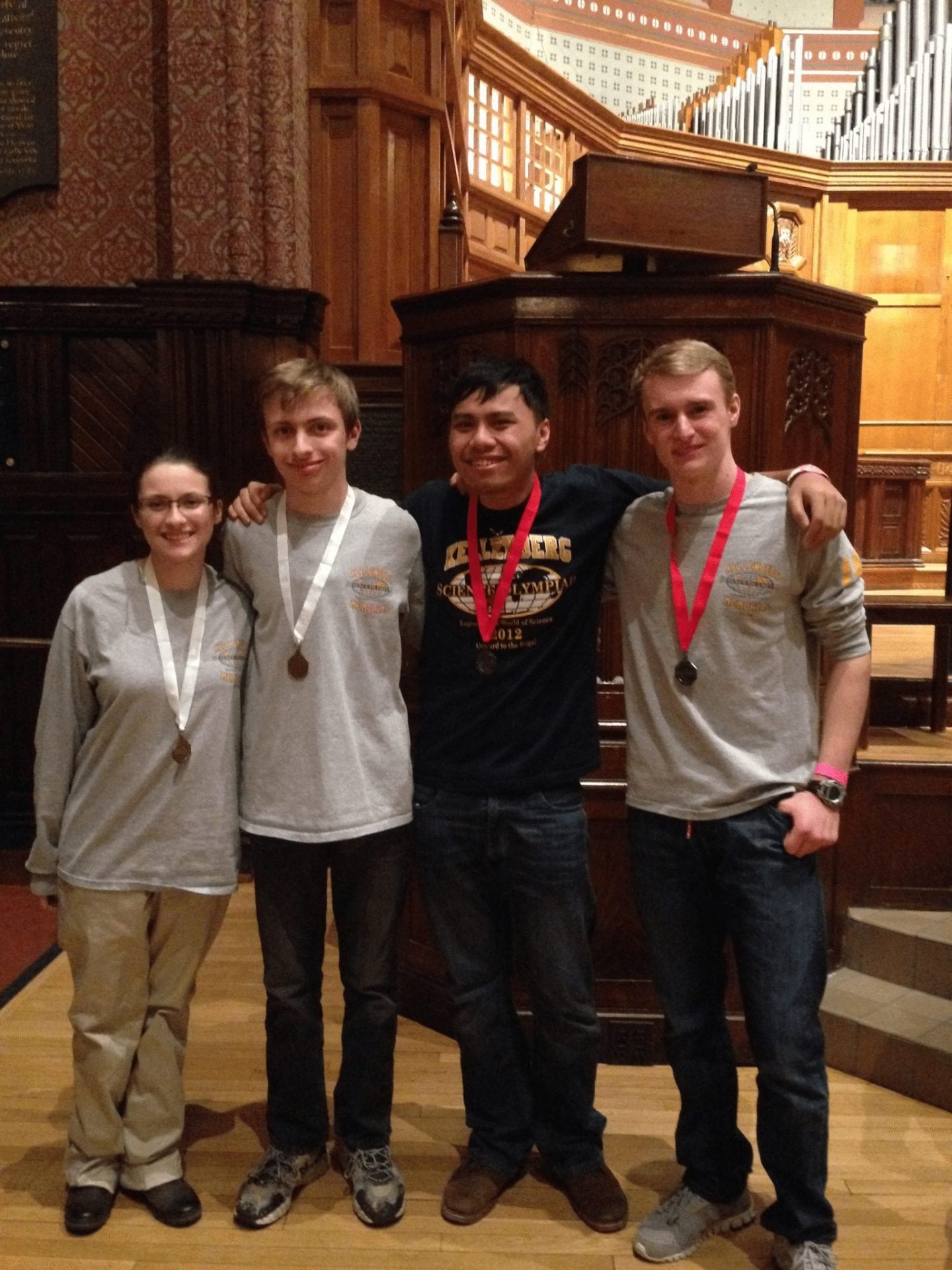 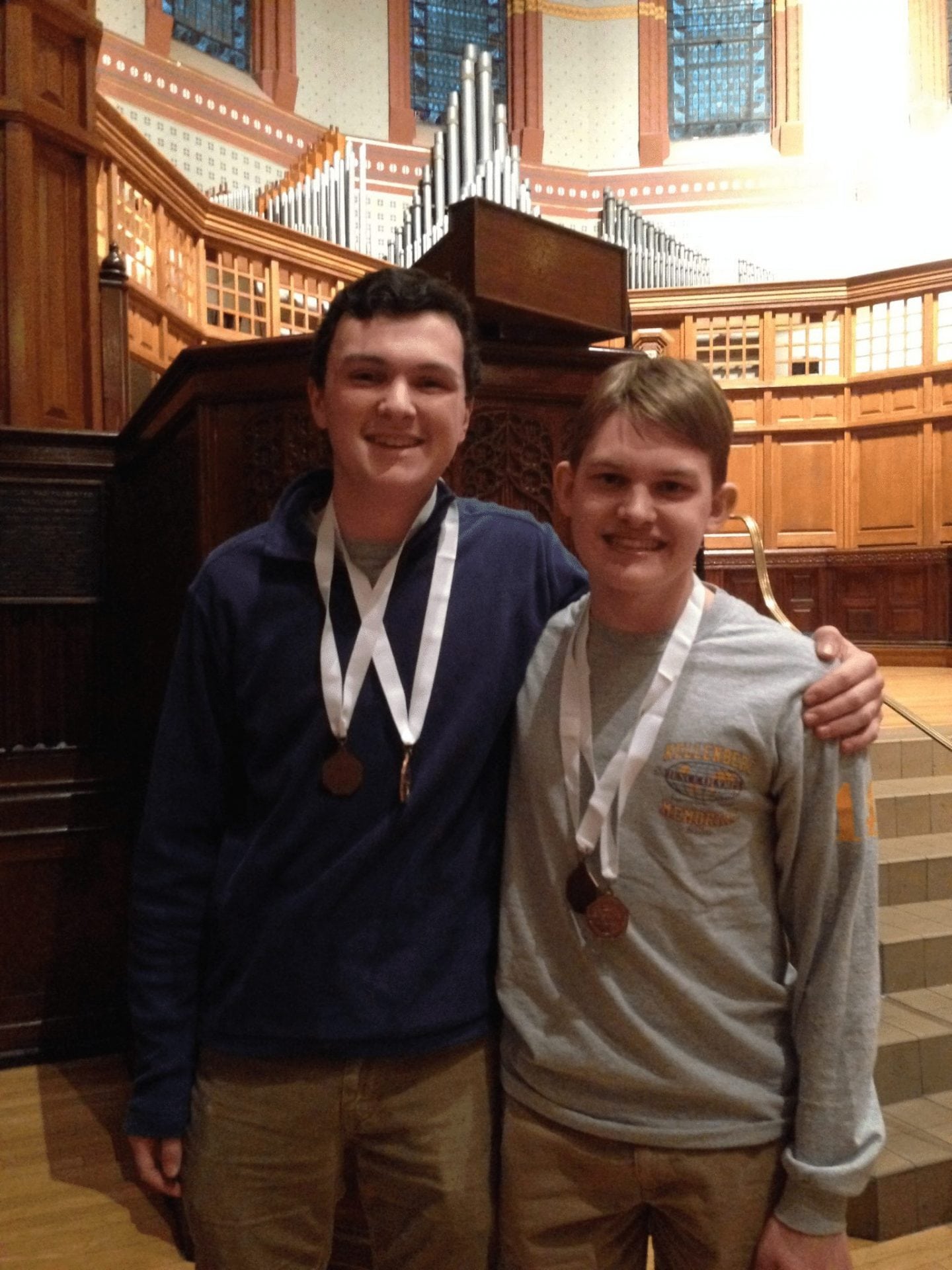