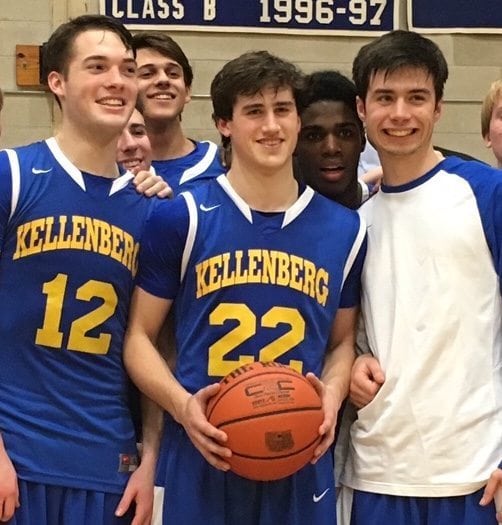 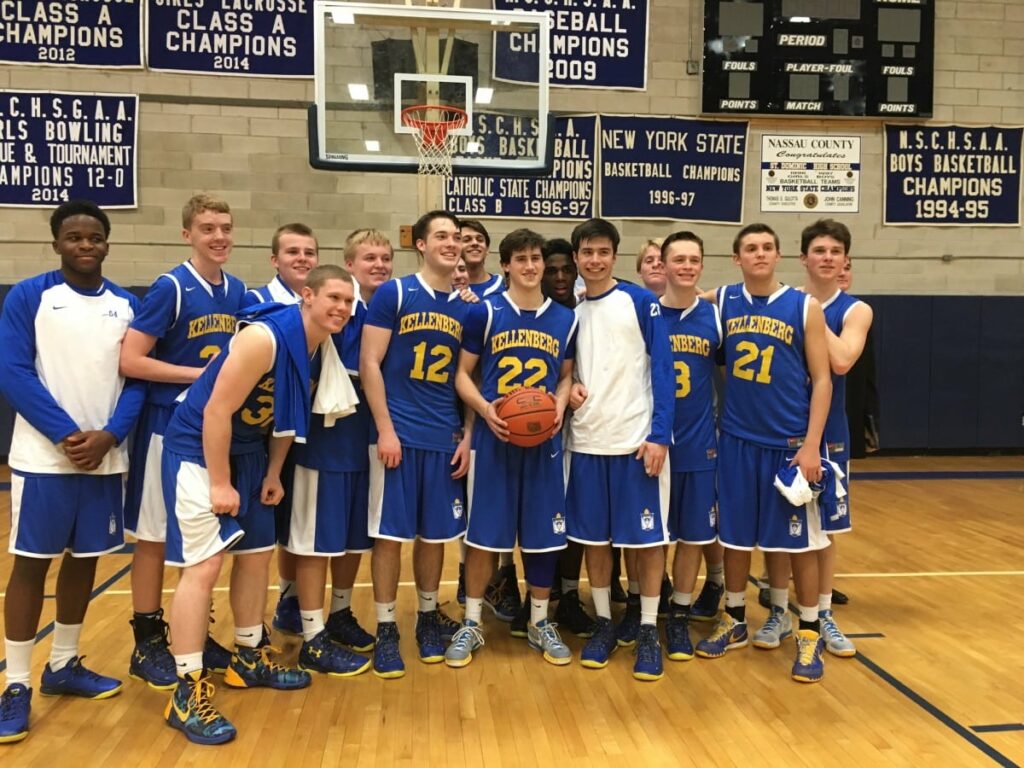 Last night in a league matchup against St. Dominic High School, Kyle DeVerna hit a three point shot from the left wing with four minutes to go in the third quarter. In doing so, Kyle scored his 1,000th career point as a member of the varsity basketball team. In accomplishing this feat, DeVerna becomes only the second Boy’s Varsity player to reach this milestone at Kellenberg Memorial High School. He joins teammate Steven Torre, who also scored his 1,000th point earlier in the year, in the rare accomplishment of the same back court scoring over a combined 2,000 points for their high school careers.

DeVerna, a three-year starter and co-captain of this year’s 19-3 team, has steadily improved his scoring average over the past three seasons. As a sophomore, DeVerna averaged 6 points per game and 15 points as a junior. During his Senior year, Kyle has upped his scoring average to 23 points per game along with 7 rebounds and 7 assists. DeVerna also excels in the classroom with  a 94 GPA and is also a member of the National Honor Society.
“Kyle has worked extremely hard in the off season to improve all facets of his game,” according to Head Coach, Jack McCutcheon. “He also has been a fine example of a student-athlete for Kellenberg and it’s been an honor to have coached him these past three years.”
Categories: Athletics, Kellenberg FeaturesFebruary 16, 2016
Tags: 1000 pointsAthleticsBaseketballboysVarsity
Share this post
Share on FacebookShare on Facebook TweetShare on Twitter Pin itShare on Pinterest Share on LinkedInShare on LinkedIn