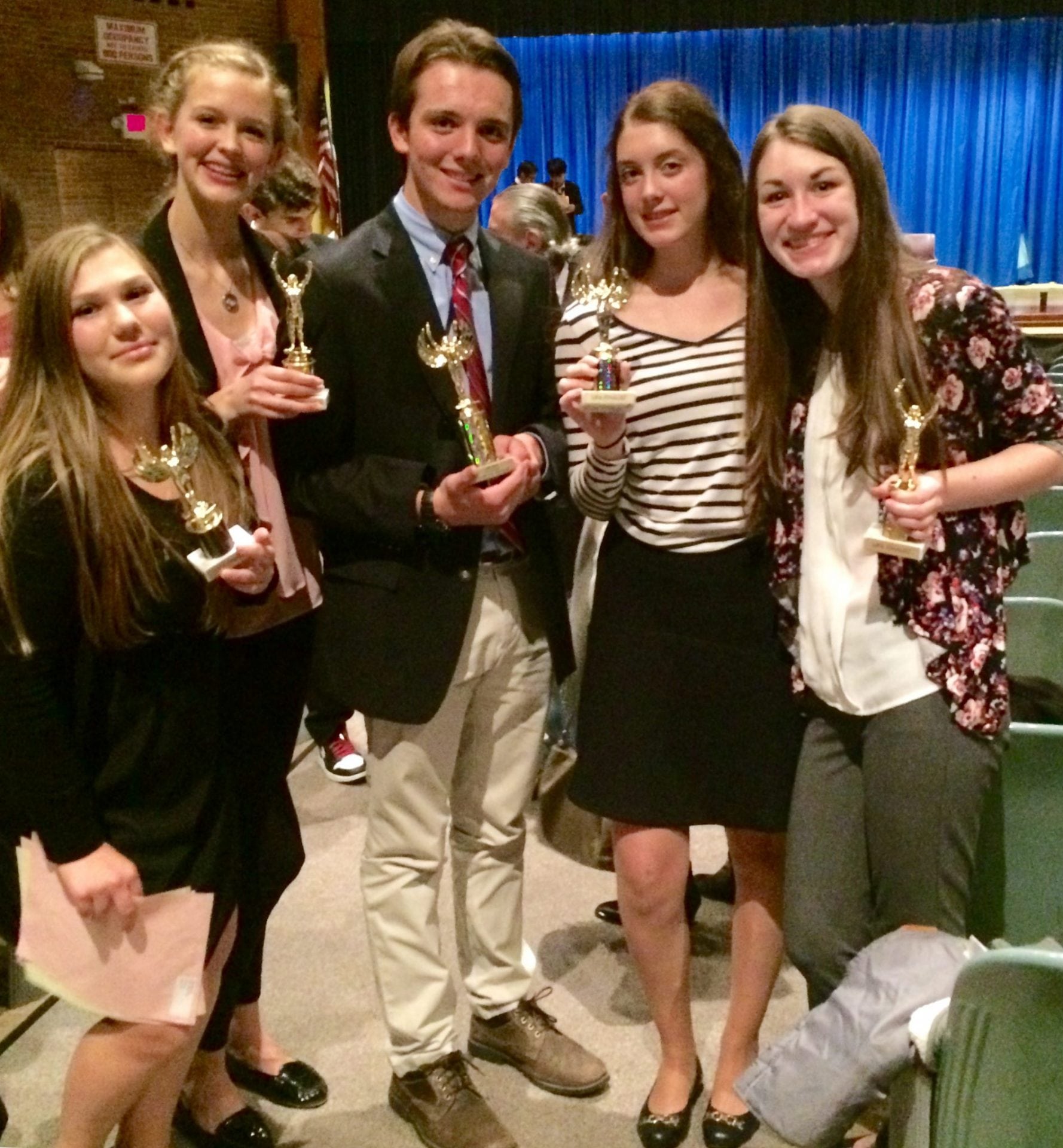 Article by Artemis Tsagaris, Class of 2016:
The Kellenberg Speech and Debate Team competes in the difficult Long Island Forensic League.  Every year, students strive towards the goal of representing the school at the State Forensic League Championship Tournament.  This year’s tournament takes place in Oneonta, New York on the weekend of April 24th.  Since September, the Speech and Debate Team members have been working hard every week with the directors and coaches of the team.  Throughout the year, competitors have been attending many competitions with the goal of achieving qualifications to advance to the state tournament.  The Long Island Forensic League is made up of both public and parochial schools whose students compete for qualifications, making it one of the toughest leagues in the state.  The Kellenberg team’s dedication and hard work paid off when they finished the season with an astounding twenty-two competitors making it to the State Competition.  This crowning achievement represents the second highest number of qualifying competitors in Kellenberg’s history.
Kellenberg has had representation in all local tournaments this year in various speech categories.  Many students advanced to the final rounds of these tournaments, gathering qualification requirements to compete in the New York State Forensic League’s State Championship.  Kellenberg was particularly strong in the Oral Interpretation category in both the Varsity and Junior Varsity levels. Kellenberg had eight people qualify for the New York State Forensic League’s State Championship in this category.  Kellenberg is also represented in the Original Oratory and Duo Interpretation categories, sending two candidates each.  The Dramatic Interpretation category is sending one representative.  All who participated in the local tournaments performed brilliantly, had fun, and learned to improve their presentation skills.
The Debate Team also had a great season, sending four people in Public Forum, four in Lincoln Douglas Debate, and one representative in Model Congress to the State Championship Tournament.  The debate team members were challenged with topical issues and current events throughout the year.  All participants performed admirably with many ending the year with winning debate records.  The team is made up of many underclassmen that have gained vital experience and will no doubt assure Kellenberg future success.
Congratulations to the following students who qualified for the New York State Forensics League State Championship: