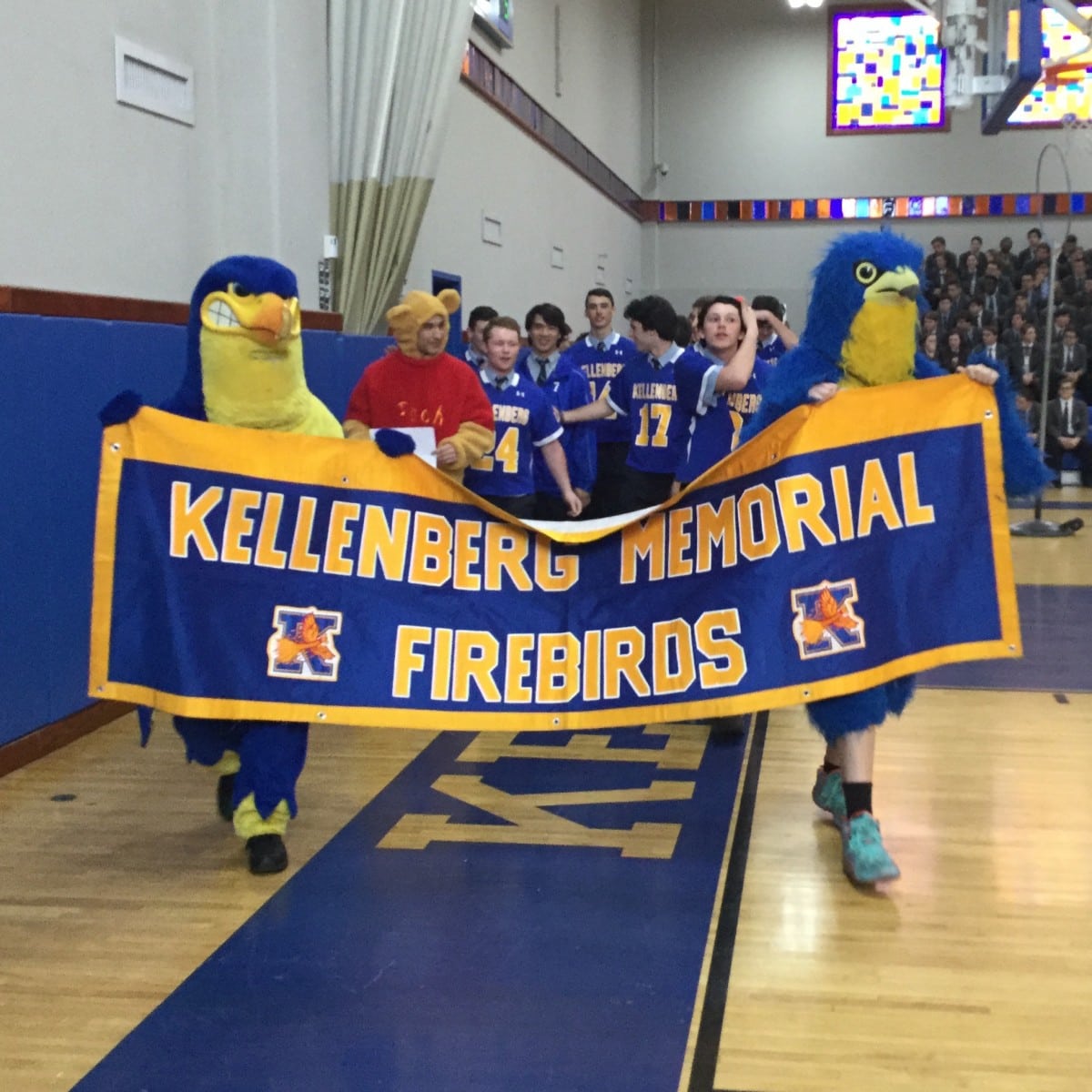 Article by Madison Callinan ’18:
Kellenberg Memorial’s student athletes had an extraordinary time being showcased and celebrated during the 2016 Spring Sports Spirit Week! Commercials on the Firebird Network from April 4th to the 8th highlighted this year’s featured game, Quidditch, to be played in the much anticipated Pep Rally that Friday. Throughout the week, the student body watched select seniors get separated into “houses” by the sorting hat and then their chase of the “golden snitch.”
On Pep Rally Friday, student athletes from sixth through twelfth grade wore their team jersey instead of their blazer. All of the spring sport teams including the girls on blue and gold were proud to be representing their group. In the gym, the juniors and seniors displayed incredible school spirit and electric enthusiasm while supporting their team in Quidditch!
In the auditorium, freshmen and sophomore athletes were led in by the members of the bagpipe club. This introduction added an unexpected twist that totally amped up the atmosphere. In addition, all of the students enjoyed Kellenberg’s version of “The Chase”, where Mr. Buckley and Mrs. Egan competed against the student team of representatives in a trivia showdown. Questions were also asked about our current teachers and their participation in high school sports! It was so fun to see their high school sports pictures. Sophomore and varsity golfer, Colleen Wing, remarked, “It was incredible to see that the teachers were once in our shoes.”
The Latin School hosted their spirit rally in the cafeteria. Spring sports athletes were recognized and competed against one another in challenging “Minute to Win It” type games. Cadet Ryan Glupe commented that he couldn’t wait until he could participate next year! Overall, the 2016 Spring Sport Spirit Week was a fantastic way to celebrate our student athletes; giving them well-deserved recognition for all of their hard work on and off the field.