Students Discover the Past at History Camp 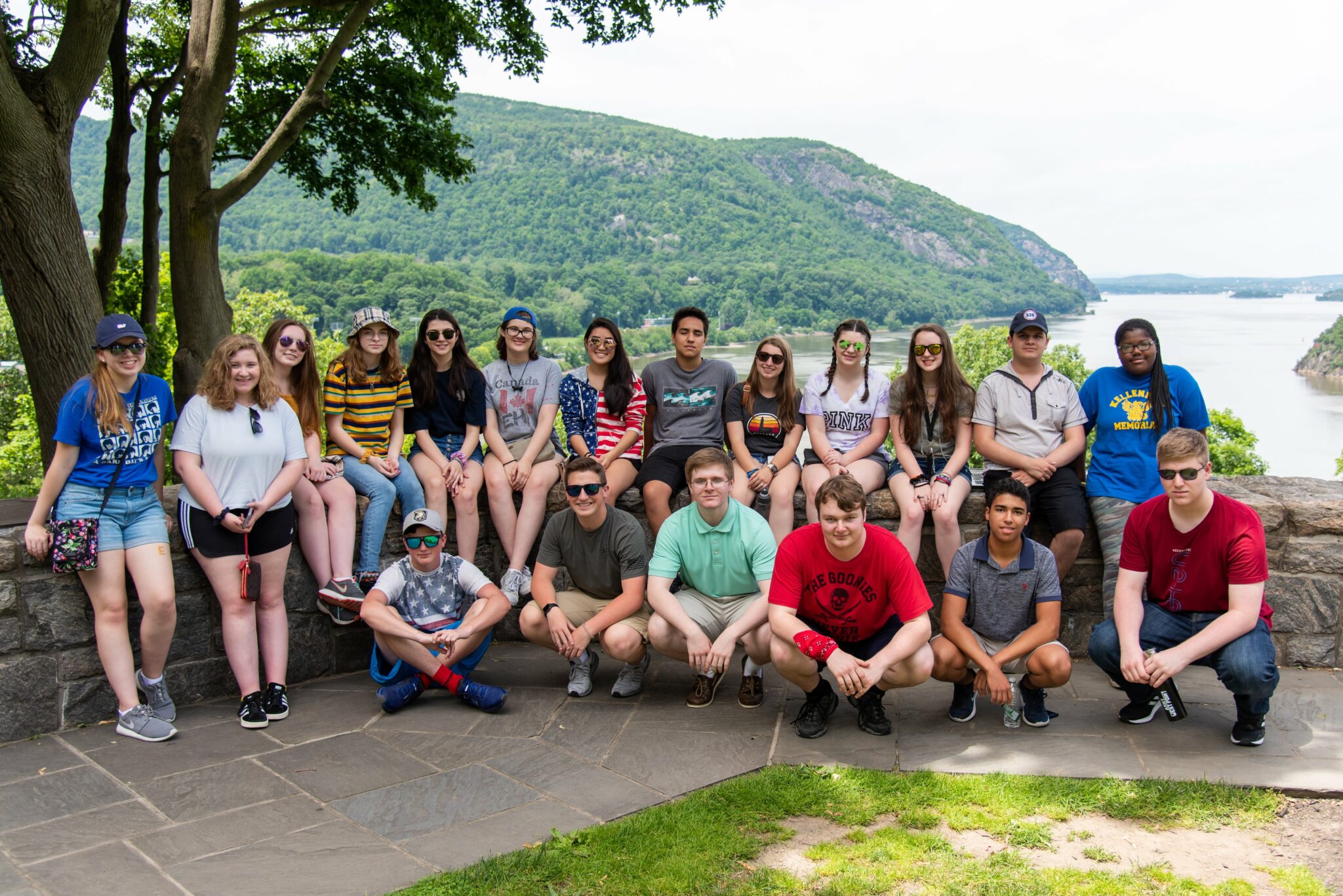 Article by Sofia Abuin ’20 and Kaitlyn Duggan ’20:
During the week of June 24-28, Kellenberg’s History Camp provided an interactive opportunity to learn more about our country. The week-long experience allowed students entering their Junior and Senior years to expand on the knowledge that had previously been introduced in the classroom, while simultaneously being presented with new topics.
The week began with the trek up to United States Military Academy at West Point, where the group had a private tour of the grounds. Stops on the tour included the Cemetery, Cadet Chapel, Trophy Point, and the Great Chain. The group then took the short trip over to Founder’s Hollow where they stayed for two nights. This made travel to sites in the area easy and provided the chance to take advantage of the fun activities at Founders, including going out on boats and having a campfire.
While upstate, the group visited President Franklin D. Roosevelt’s Home and Museum at Hyde Park. Here, they were able to tour the grounds and view personal belongings of F.D.R. Students also visited the Stony Point Battlefield. Here a tour guide provided an in-depth explanation of the life of a Revolutionary War soldier, fired his reproduction musket, and walked the group through the sequence of the important battle.
Once the group returned back to Long Island, they traveled to Planting Fields Arboretum where they had a tour of the estate and perused the beautiful gardens. On the last day of camp, the group visited the Cradle of Aviation and learned about the 50th Anniversary of the Moon Landing. Taking a quick detour to Nunley’s Carousel, they then finished the week off with lunch at All-American Hamburger.
History Camp was a great experience that allowed students to view aspects of history from new perspectives while having fun with friends along the way.