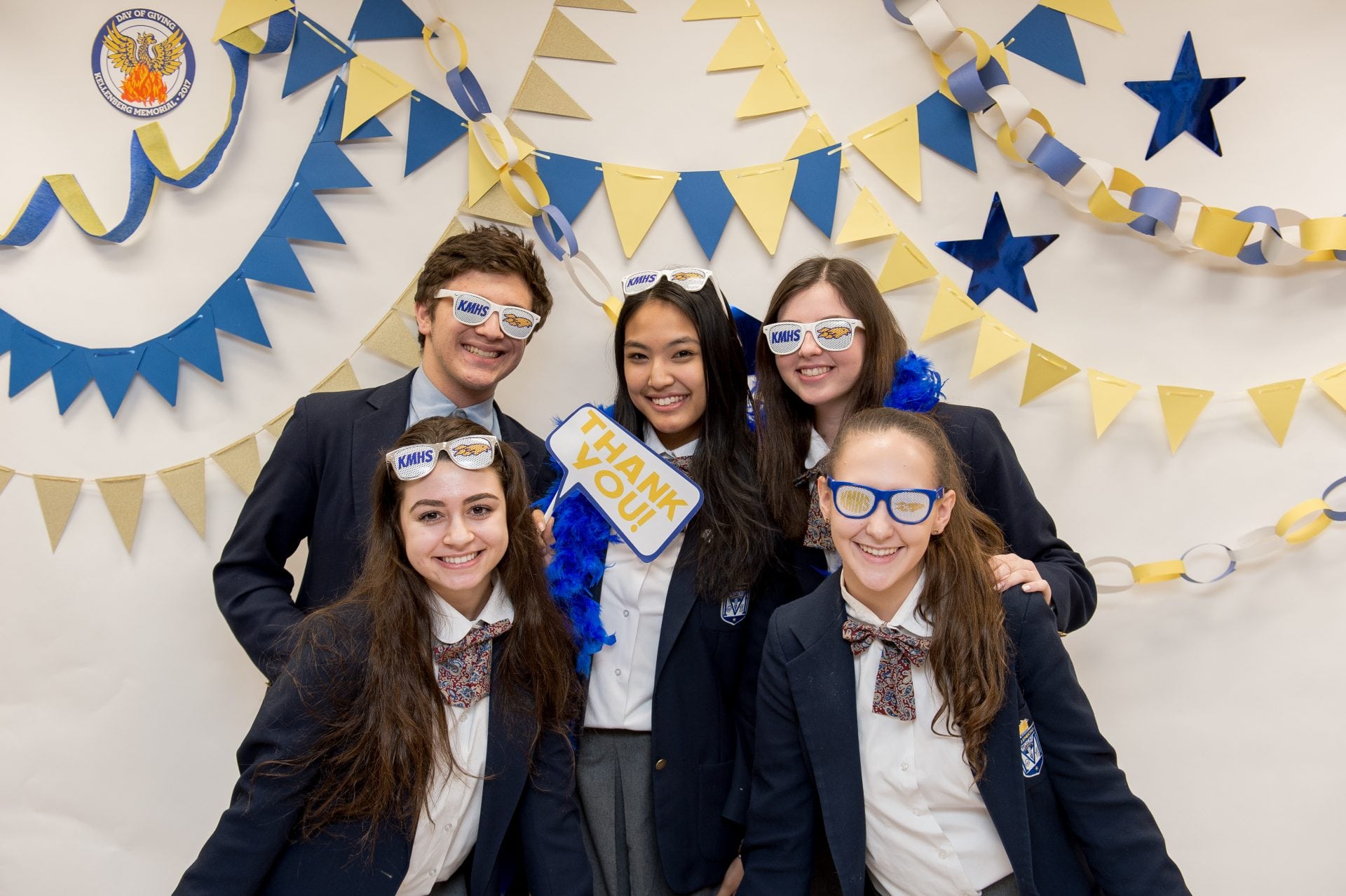 The Kellenberg Memorial community celebrated a successful 2nd Annual Day of Giving on Thursday, March 30, 2017. The day, which was dedicated to honoring the 30th Anniversary of the founding of the school, featured live broadcasts throughout the day which were produced and directed by student members of ETV. 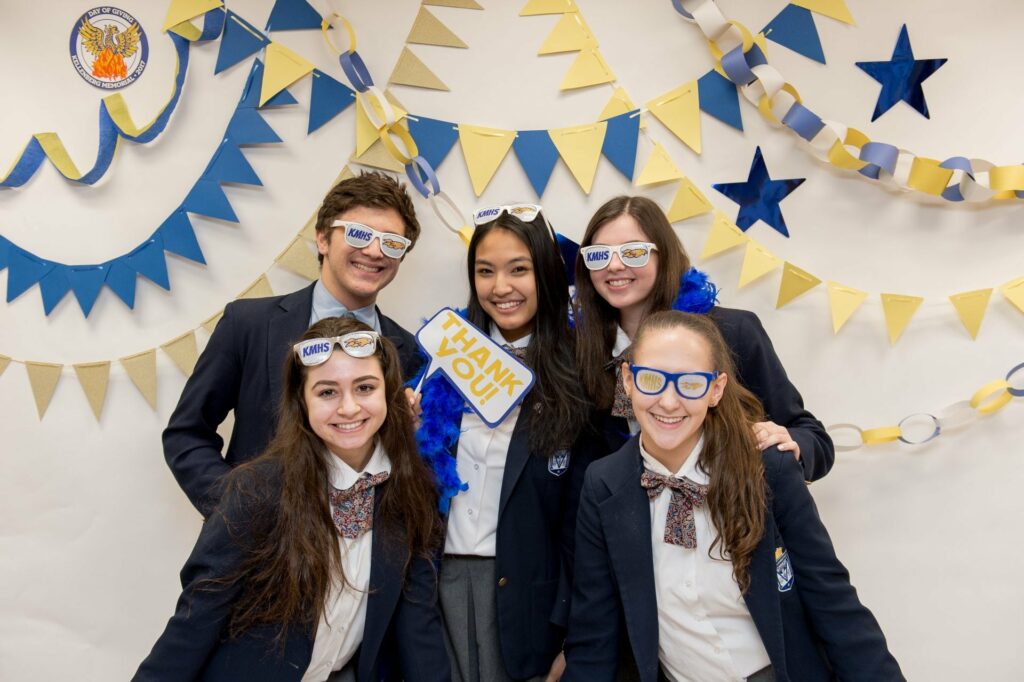 Students expressed their gratitude throughout the day at the Day of Giving photo booth!

The live shows highlighted the topics of Giving Back, Prayer Life, Alumni Programs, STEM, Faith/Vocations, Athletics, and “Future Firebirds” ranging in age from under one year up to nine years old. The shows featured students, as well as current and past faculty members. Alumni seminarians John Crozier ’11, Rev. Mr. Mike Plona ’07, Kieran Maelia ’13, and Paul Clores ’11 supported the day by returning to campus (with Matt Browne ’11 joining the conversation via Skype from Catholic University!) to discuss how their faith and vocations were shaped by their time at Kellenberg Memorial High School.

The shows were hosted by the incredibly spirited and talented Jordan Bernhardi ‘17, who reflected on his participation in the day, saying, “Having the opportunity to be a part of the Day of Giving was an amazing honor for me. It would not have been possible without the hard work and dedication of the ETV crew. The Day of Giving truly embodies the Kellenberg spirit of giving back and service over self. I have been blessed with the most amazing opportunities at Kellenberg, and it’s thanks to the entire Kellenberg family. Giving back to Kellenberg is so important because you’re supporting the future of the Firebird. With your support, you’re fostering the faith and academic opportunities that students receive each day at Kellenberg Memorial.”
Last year, over $75,000 was raised on the first Day of Giving for the Shepherd’s Fund, Kellenberg Memorial’s annual unrestricted fund which affords our school the opportunity to enhance a variety of initiatives that directly affect all of our programs each day. This year, the goal for the 2nd Annual Day of Giving was based on participation. In honor of the 30th Anniversary of Kellenberg Memorial, the day’s goal was to attract more than 30 donors each hour for ten hours, therefore completing the day with over 300 participants. Thanks to the generous support and enthusiasm of the Kellenberg community, the participation goal was met and more than doubled, with 745 donors contributing $111,261.58!
Thank you to all who participated in the 2nd Annual Day of Giving by sharing time, talent, or treasure. The continued generosity of the Kellenberg Memorial family ensures that a Marianist education of the heart and mind will be available for countless generations of “Future Firebirds.”

Special thanks to the following students for their outstanding contributions to the success of the day:

View photos from the 2nd Annual Day of Giving here.

View the recap video of the day here.