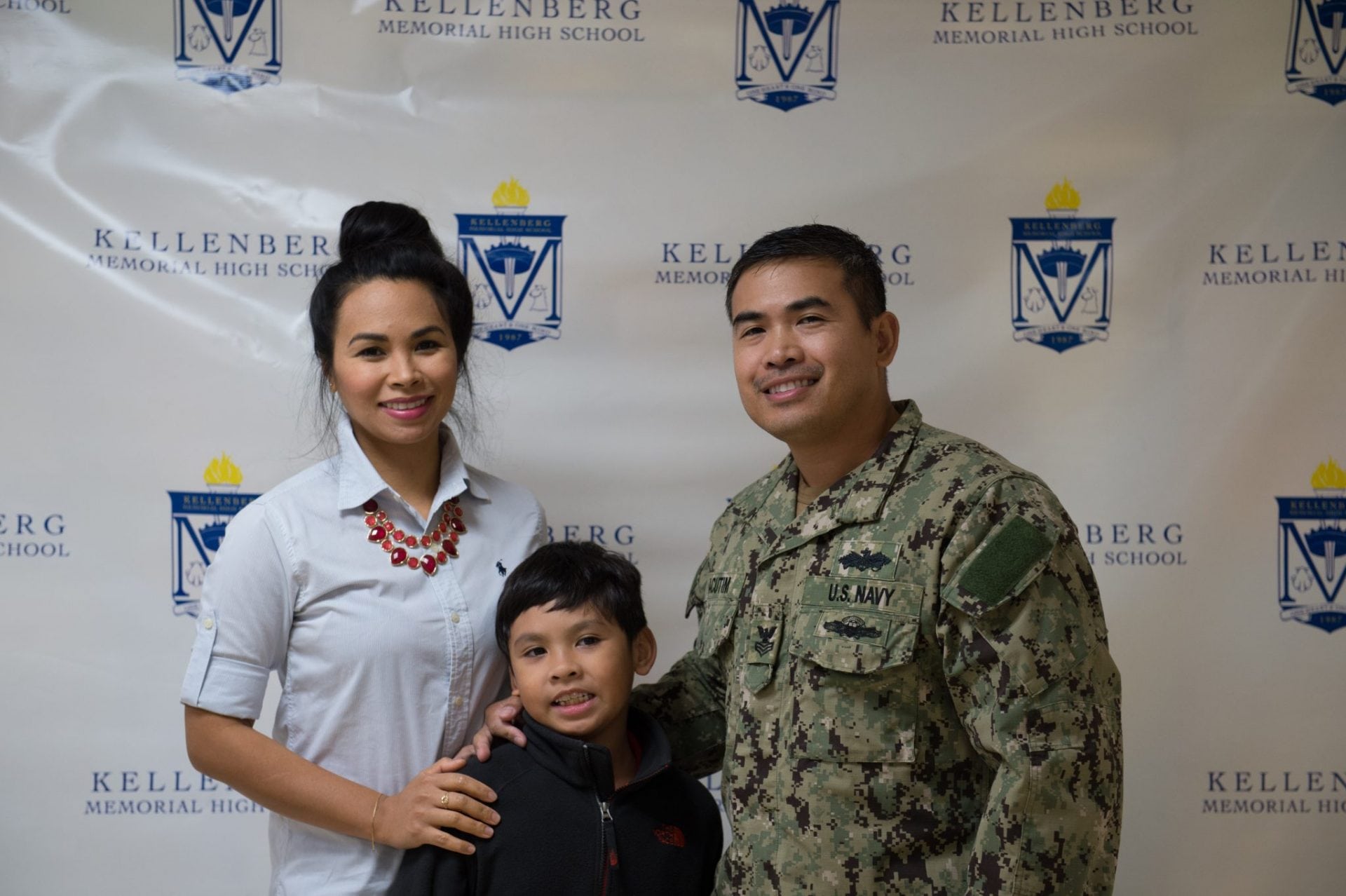 On Thursday, November 10th, the Kellenberg Memorial cafeteria was filled with the Red, White and Blue and an incredible sense of patriotism. On this Thursday, the History Club paid tribute to its nation’s armed forces at the 15th Annual Veterans Tribute Dinner. The cafeteria turned into a museum of sorts filled with artifacts from our nation’s esteemed military history. Mr. Bursig brought with him friends who dressed in period uniforms ranging from the Civil War to World War II.
The real purpose of the evening was to honor those who have or who are currently serving in the military. There were over two hundred and sixty guests in attendance. It was quite a sight to the pride in our students bringing their family members who have served in the military. The night began with the master of ceremonies for the evening, senior Jordan Bernhardi. He began by introducing Kellenberg’s own Boy Scout Troop 87 who presented the colors for the evening. The senior members of the Firebird Swing to sing the National Anthem followed this. The entire Firebird Swing Chorus would later regale the entire cafeteria with a wonderful concert of modern and traditional songs. The rest of the night was filled with various presentations from different members of the History Club. Danielle Giordano taught us to remember those who were lost or still missing in action with a wonderful tribute to the POW/MIA. Danielle Moynihan led a beautiful grace before the entire cafeteria enjoyed a fitting Thanksgiving dinner. Maggie Oriani expressed the importance of working hard and how attending the Military Academy at West Point is fulfilling her life long dream. Tom Greco reminded us how important the support for the military is by honoring his uncle who served during the Vietnam War. And lastly, Gerard D’Angelis taught us that real heroes do not wear capes and we need to look to our veterans for inspiration.
The night was capped with a performance by Kellenberg’s bagpipe club under the direction of Mr. Emmett Collins with the likes of God Bless America. Last, but not least the names of every veteran in attendance was read as they all received a certificate of appreciation for their service. Overall, it was a job well done by the History Club and a sense of patriotism that lasted well throughout the night.