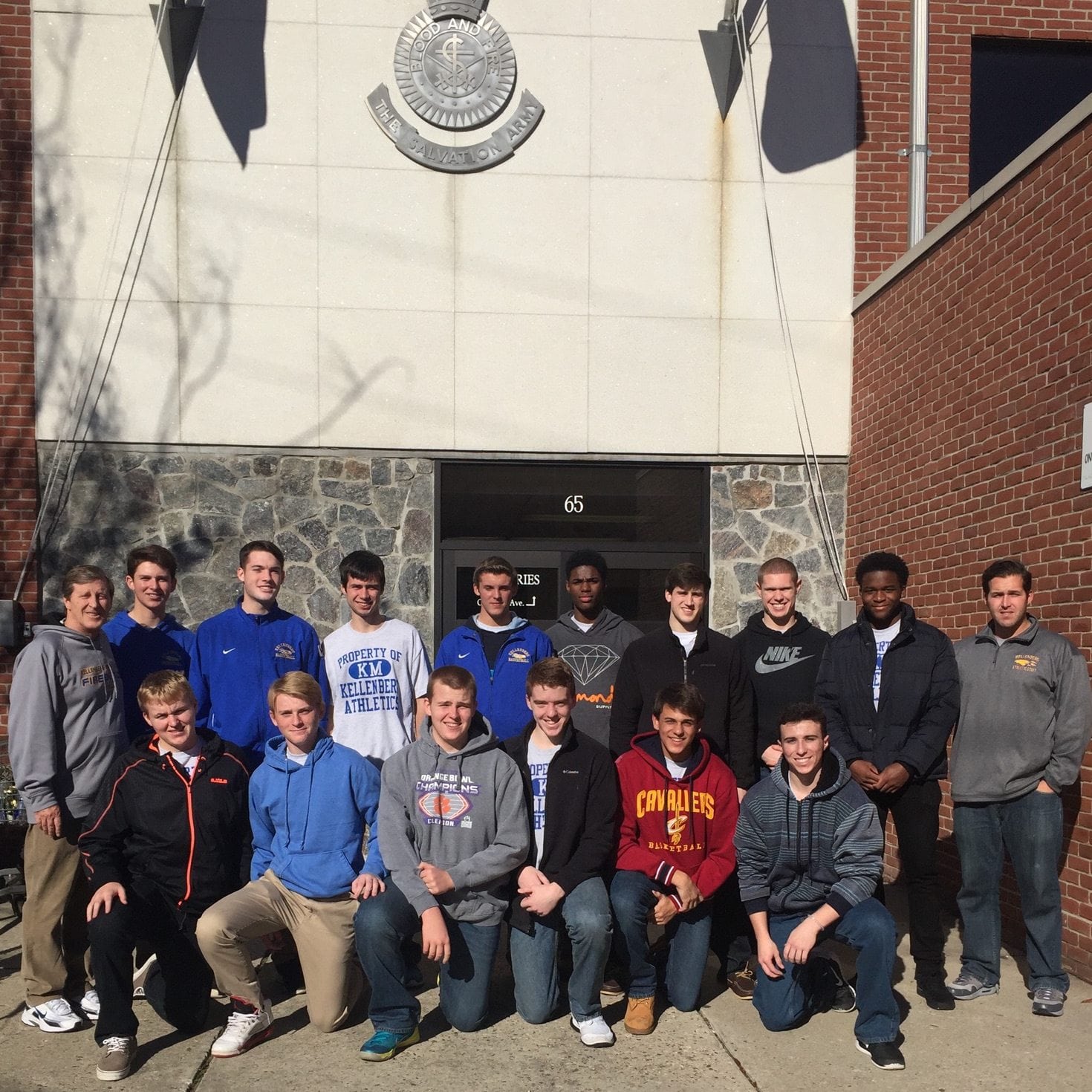 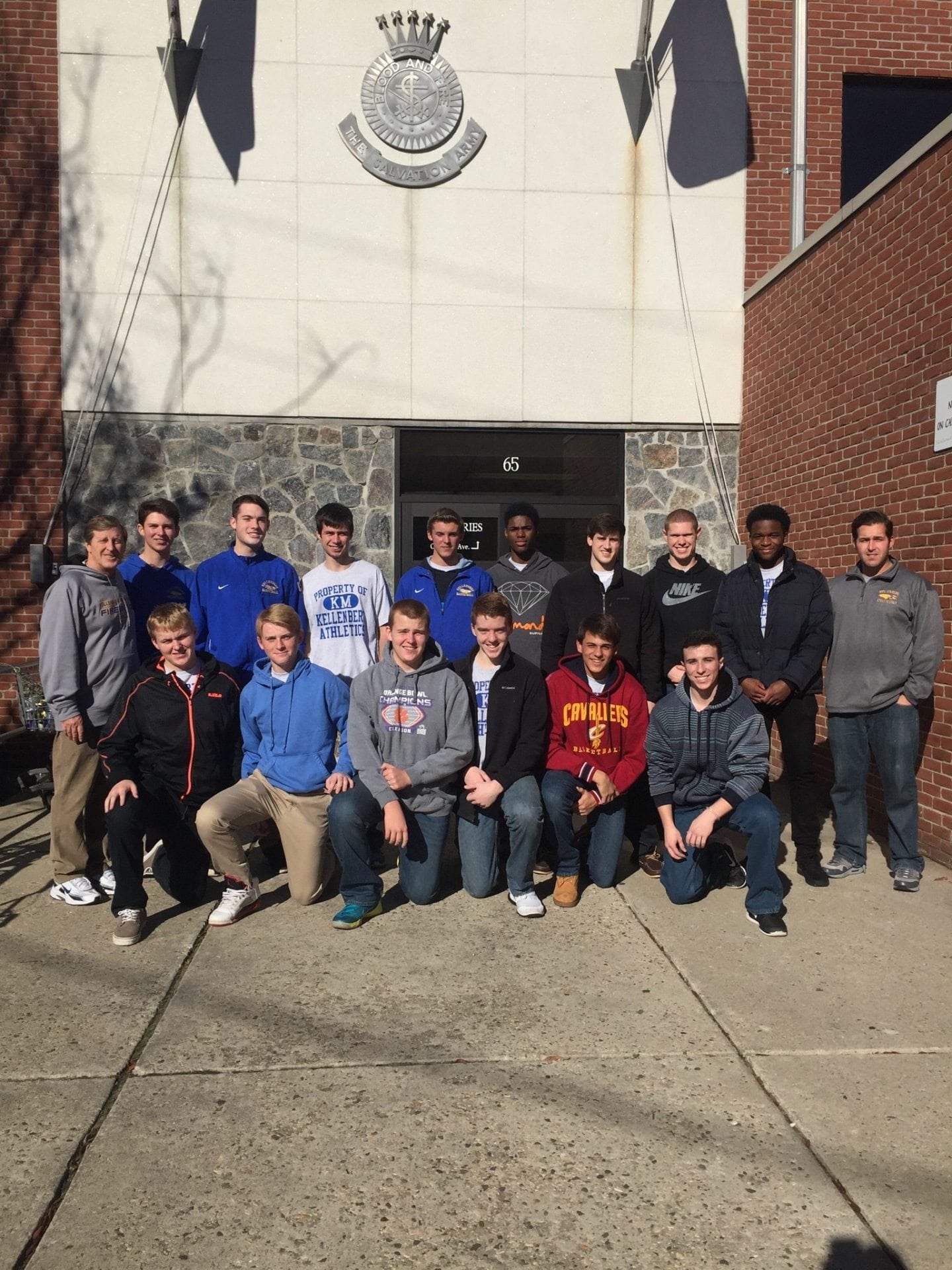 On Saturday, November 21, 2015, the Boys Varsity Basketball Team traveled to the Salvation Army in Hempstead, New York. Coach McCutcheon and Coach Lyons wanted the team to experience what life was like for some of the less fortunate people in the area and that there were more important things than basketball.
The team arrived at the Salvation Army at 9  a.m. Players brought “lightly used” clothing to distribute to the poor and helped serve food to the needy.
Breakfast was being prepared as the Firebirds walked in, so the ball players got to work right away, moving boxes of donated food and clothes and helping out in the kitchen serving breakfast and lunch to the hungry.
According to several team members, the most eye-opening experience was serving food. It was a humbling experience for the team in the sense that the people being served were living on the streets and did not know when their next hot meal would be. Some might not have eaten in several days.  When seconds were called, the line grew even longer and some people went up and got even more food after that.
“It was truly an eye-opening experience for the whole team,” junior Mike Geisweller stated, “Working at the Salvation Army showed me not to take advantage of everyday life.”
Said senior Cleevens Lans, “Even just waking up in the morning, showering and having breakfast was a blessing to most of the people there. Some came for the food and clothes, but others just came to take a shower. Thing we do every day are things some people don’t get to do.  It really made me appreciate everything I have.”
Although some of the work was labor intensive, working there put a smile on everyone’s face.
To a man, the team asserted that the most rewarding element of Saturday’s “workout” was the joy of the people.  Countless “thank yous” convinced the young men that their generous service giving time to help out was a victory unachievable on any court.
“Praise was the last thing we needed but it was nice to see how thankful they were,” said Lans.
The Varsity Basketball Team’s trip to the Salvation Army was an unforgettable experience. It will be a topic of conversation and a solidifying bond for the entire season and perhaps even in the years to come.
Geisweller remarked, “Hopefully we left a lasting mark on the many less fortunate people we helped that day, just as they have left a lasting mark on us.”