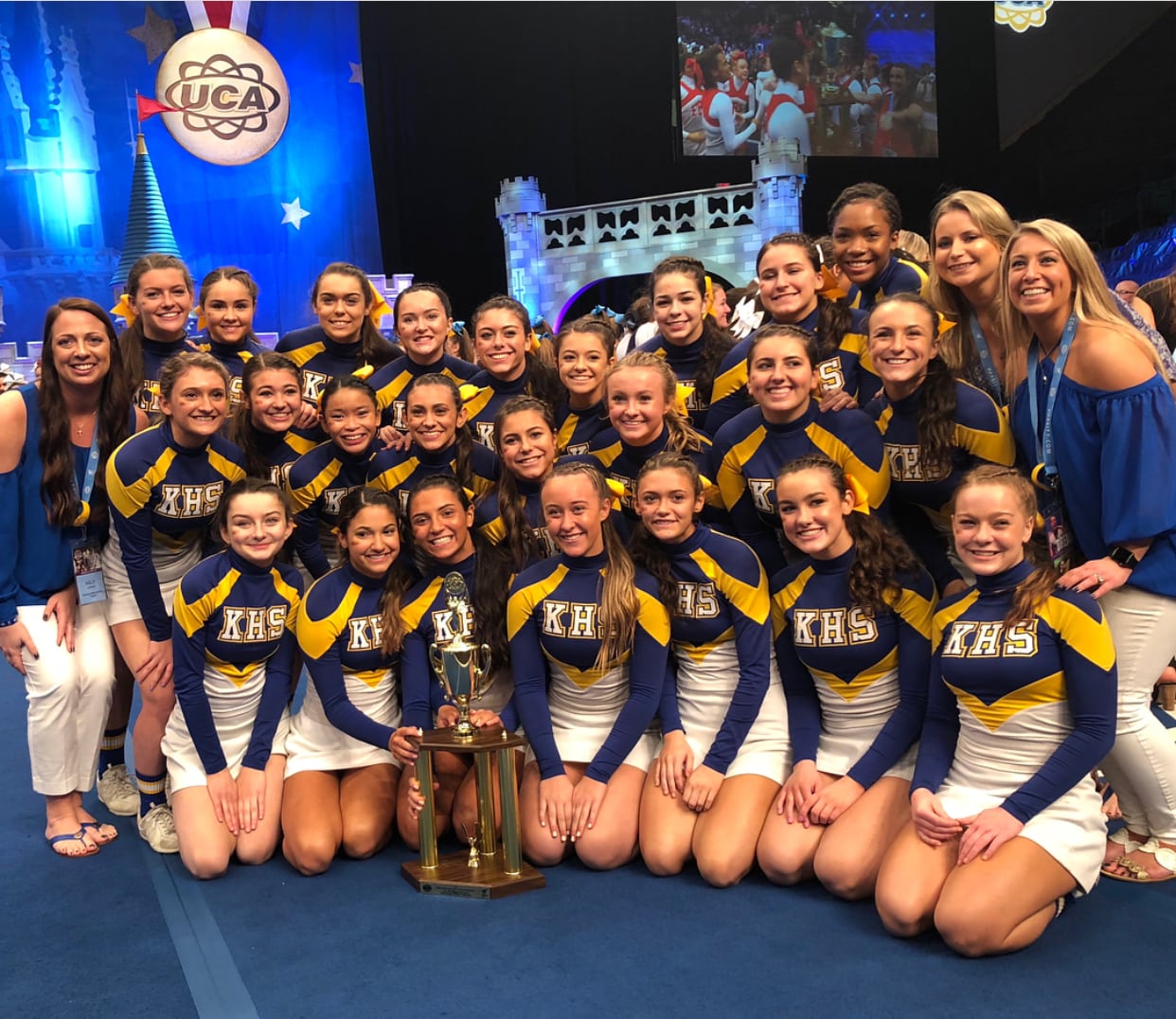 Article by Meredith Kass ’19: Just one week ago, the Kellenberg Varsity Cheerleading team left for the UCA National High School Cheerleading Championship in Walt Disney World. We flew to Orlando on Thursday, February 8 at 6 PM and that was just the beginning of an amazing trip. The next day, we took on Magic Kingdom and had a very fun day in the park. Later that evening, we headed over to the All Star Sports Resort for practice on the football field. We had a very successful practice and were confident heading into preliminaries the next day. After practice, we went to Disney Springs for dinner and then back to our hotel to get some rest for the long day we had ahead of us.
The next morning, we woke up bright and early at 5 A.M. for the first round of competition. We competed at 8 A.M. and hit a nearly perfect routine. After anxiously waiting for the results, we found out that we moved on to the next round: semi-finals. Filled with excitement, we returned to the hotel for a few hours to rest before semi-finals. At 6 PM, we went back to the ESPN Wide World of Sports Complex and practiced once more before going to warmups. Then, we competed at 8:30 PM and hit a great routine at semi-finals. Next, we had to wait a few hours before finding out if we made it to finals. We knew it would be very difficult to make it to finals which would take place the following day. We were overwhelmed with shock, happiness, and excitement when we found out that we made it to the final round. Making it to finals had been our goal all season and we were so proud that we had made it this far. We then headed back to our hotel to get some sleep for finals the next morning.
Once again, we woke up at 5 A.M. and traveled to the arena to compete at 8:30 A.M. We had our most energetic and exciting performance of the season. A few hours later, we joined the other finalists on the mat for the awards ceremony. We placed 14th in the nation out of 46 teams. The team couldn’t be happier with the outcome of this season. We had the best Nationals journey we could’ve asked for and are so proud of all we accomplished. Thank you to the parents, coaches, and Kellenberg family for all the support. Our dreams came true and we are so grateful that we were able to fire it up in Disney!