Varsity Softball Benefit Raises Over $5,500 for the League of YES 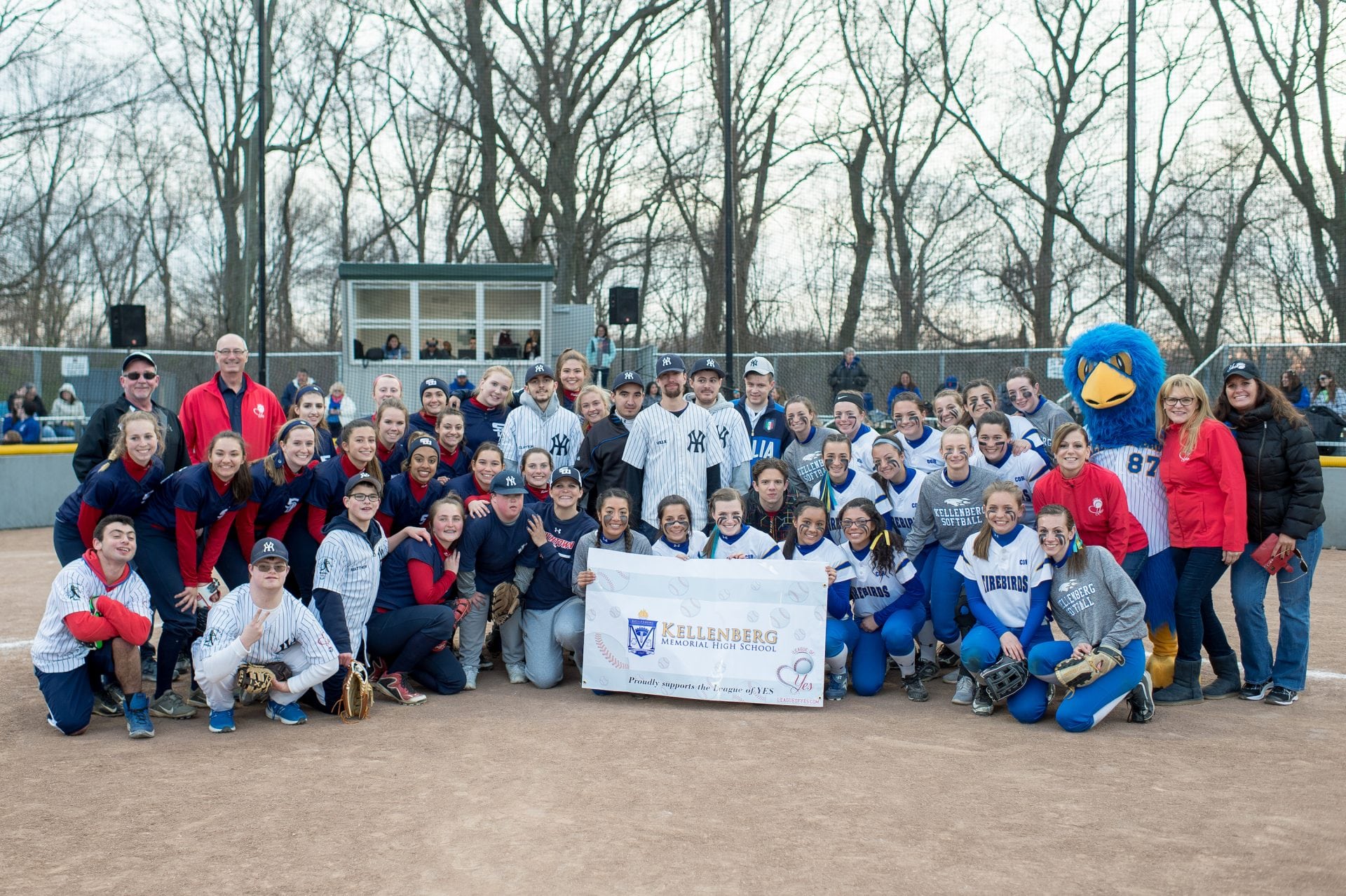 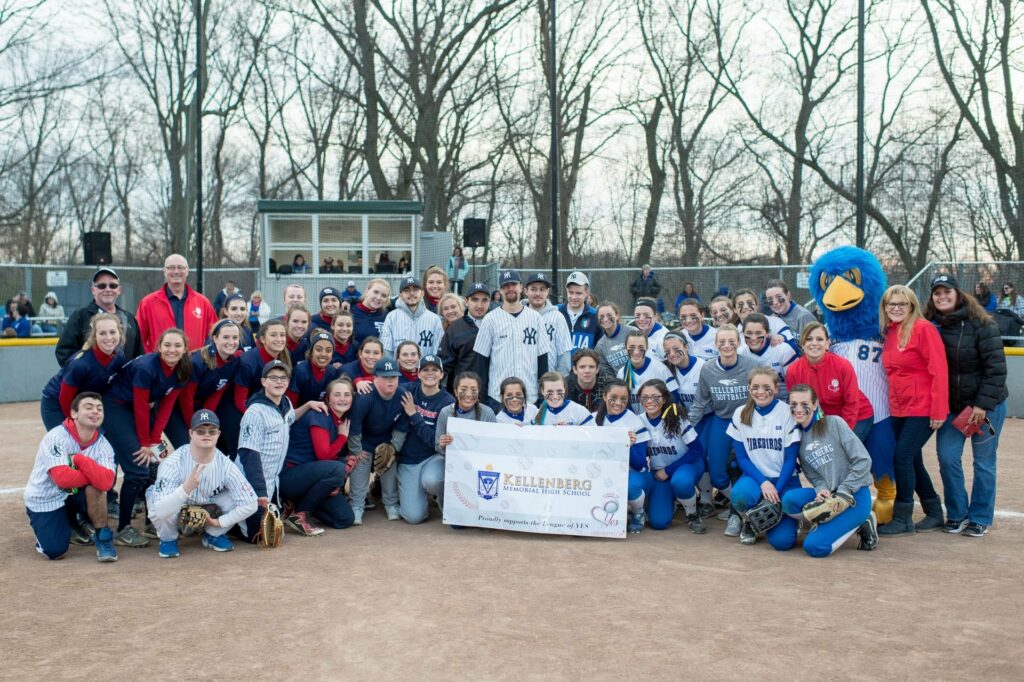 On Saturday, April 21, the girls Varsity Softball team held its annual Benefit Game at Bob Klein Field in Rockville Centre. This year’s beneficiary was the League of YES. “The League of YES’s mission is to establish and sustain baseball programs for people (of all ages) with disabilities…to provide an opportunity for those individuals to experience the joy and benefits that come from playing our national pastime.” The League of YES states that their, “goals are to help the league’s players develop social skills and increase self esteem, while promoting community support and sponsorship for the league.”
At the Benefit Game, members of the League of YES took part in a softball game while members of the varsity softball team helped as buddies for the League’s players. Varsity players and League of YES players were able to round the bases for several innings of play before the varsity matchup against Smithtown West got underway.
During the varsity game, a variety of charity items were sold by members of the junior varsity softball team, as well were 50/50 raffle tickets. By the end of the evening, the softball program was able to raise $5,580 for the League of YES.
Thanks to all who attended and showed their support!
For more information on the League of Yes, visit leagueofyes.com.