KMHS Marches in the 40th Annual March For Life 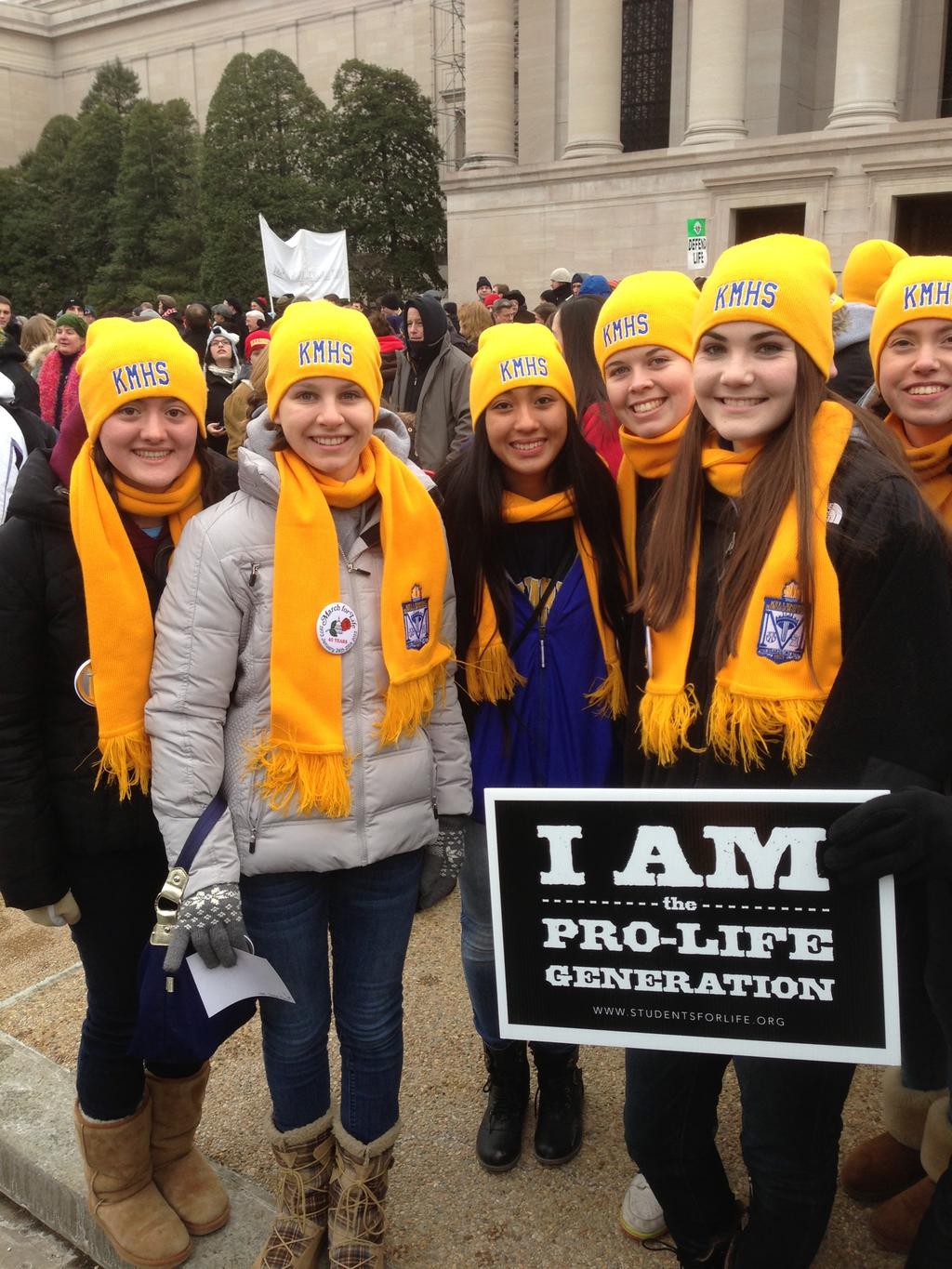 
At 6:00 AM on Thursday, January 24, around fifty juniors accompanied by Father Tom, Brother Michael, and Mr. and Mrs. York boarded a coach bus ready for the six hour ride to the nation’s capital. The occasion: The 40th Annual March for Life.
Arriving in D.C., the group took some time to tour some of D.C.’s landmarks and survey the streets where they would be marching the very next day. The juniors also had the opportunity to visit the United States Holocaust Memorial Museum in which the horrors of the holocaust were truly depicted. The museum offered students the unique opportunity to put themselves in the place of a holocaust victim, in order to more fully understand the suffering endured by these men, women, and children.
The next morning, the day of the actual march, everyone layered up and braced themselves to face the cold. First, they headed out to the Basilica of the National Shrine of the Immaculate Conception. Fellow marchers roamed throughout the basilica with hundreds of groups having private masses in some of the many beautiful chapels. After visiting many of these chapels and even the gift shop, Kellenberg students gathered to celebrate Mass with Father Tom.
At last, the time for the march had come! Geared up in matching kellenberg hats and scarves, juniors joined over 500,000 others and began their march to defend life. They were surrounded by people carrying signs and shouting chants, making their voices heard. The march brought together people of all different backgrounds from all over the country for a singular purpose: to defend life.
After completing most of the march Kellenberg students took a detour to visit St. Joseph’s church for a short prayer service and an opportunity to speak with Bishop Murphy, who had come down to meet with participants on the march and bless them as they fought to keep all life sacred!
Categories: ARK, Kellenberg FeaturesFebruary 4, 2013
Tags: march for lifePro-Life
Share this post
Share on FacebookShare on Facebook TweetShare on Twitter Pin itShare on Pinterest Share on LinkedInShare on LinkedIn