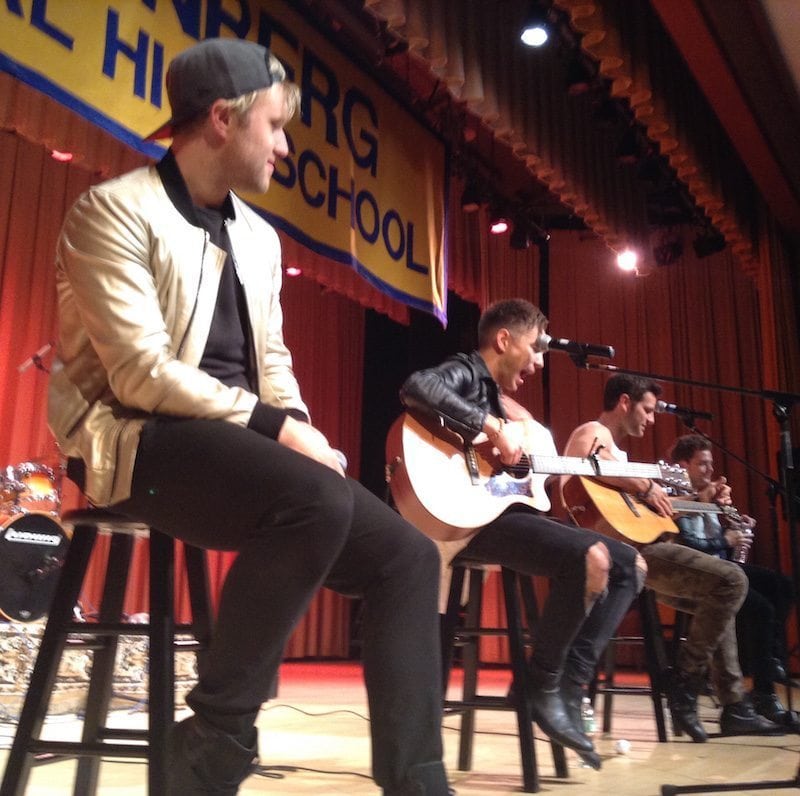 Article by Sabrina Zaffiro, class of 2016:
An annual faith event is held at Kellenberg Memorial High School for underclassmen while the senior division is in Disney World. The purpose of this special assembly is to draw Kellenberg students closer together in a joyful, spiritual, and positively influential environment. In 2013, students welcomed the Josh Blakesley Band. A year later, the director and other prominent representatives of the film Child 31 – The Story of Mary’s Meals discussed the detrimental effects of world hunger and what we, as followers of Christ, can do to help those who are suffering. On May 1 of this year, the nationally acclaimed band, Anthem Lights, performed at Kellenberg for the 6th through 11th grade students.
Anthem Lights is a Christian rock and pop band from Nashville, Tennessee that released its debut album, Anthem Lights, in 2011. In 2014, the band’s “2014 Mash-Up”, which combined a series of songs by various Christian artists, was declared “Christian Song of the Year” by the radio station, K-Love. Teachers from Kellenberg’s ARK came into contact with the band via YouTube and arranged for the musicians to perform at Kellenberg. During two special morning assemblies in Kellenberg’s own auditorium, Anthem Lights put on two concerts for students in which they performed their own music and a myriad of songs by other popular artists.
Earlier this year, Pope Francis called all Catholics to come together and be joyful in what they do. Mr. Bryan Finn, a chief organizer of the event, reflected, “We have a school that gives a great family atmosphere. We want to provide music that is not destructive, but brings people up so that we can be joyful witnesses of our faith.” Through the Anthem Lights concert, students witnessed their faith through a new and exciting medium and experienced the Gospel in accordance with Pope Francis’ mission for joy. The entire Kellenberg family looks forward to many more inspiring faith events to come.