Called to Serve: Kellenberg Alumni Value Service Over Self 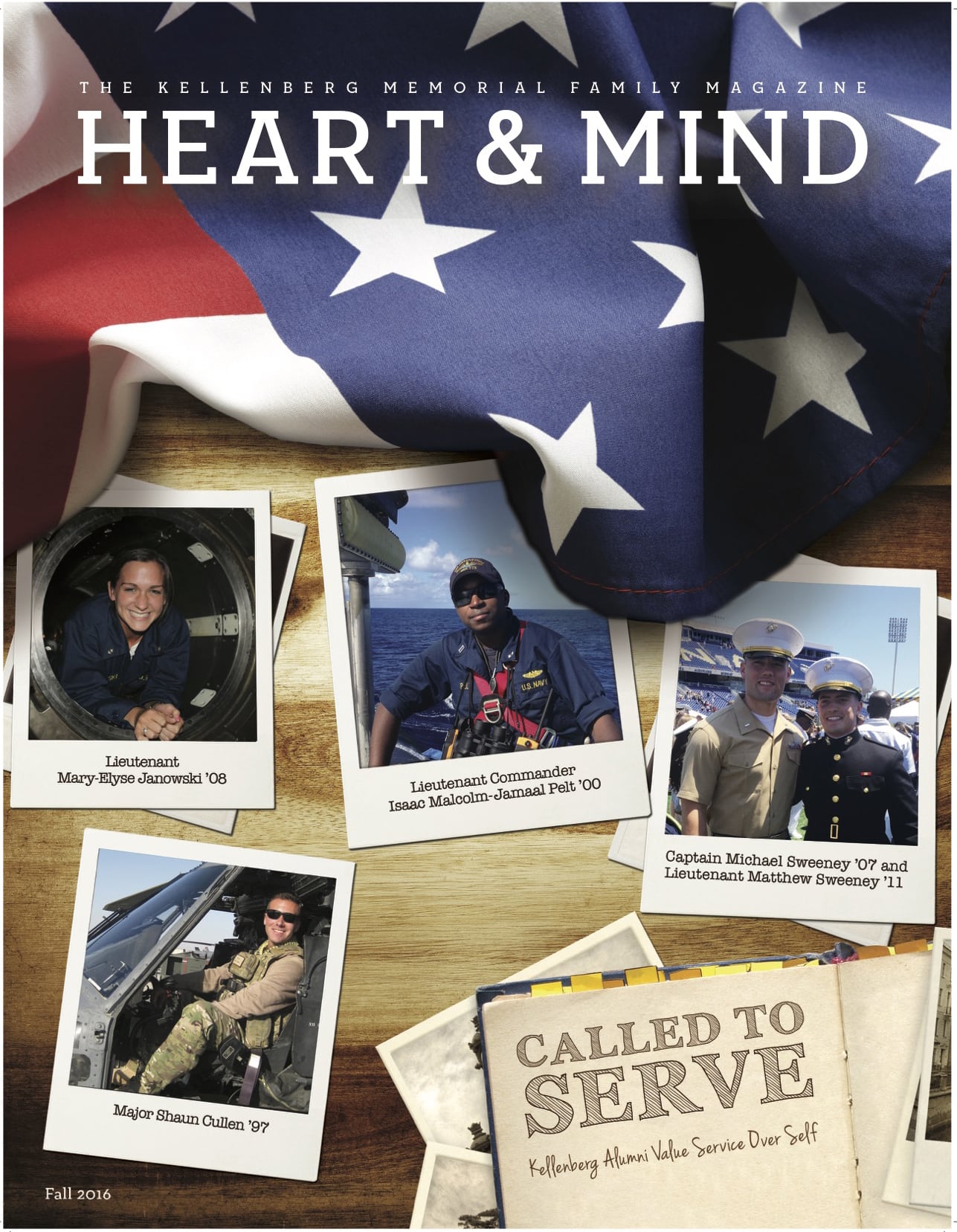 A preview of the cover story in the fall 2016 issue of Heart & Mind.

One of the first things that a student learns about upon entering Kellenberg Memorial is COR, which is the Latin word for heart, and also an important acronym that represents three principles at the heart of the school: Civility, Order, and Respect.  It is through the Kellenberg Memorial community’s dedication to COR that an atmosphere which promotes the cultivation of intellectual, moral, and spiritual values is able to flourish.
Upon graduation, Kellenberg Memorial alumni bring many lessons and experiences with them as they move onto the next chapter of their lives.  COR is not only something that stays with Firebird alumni; it serves as a larger, moral foundation for the adults they become.  Given the impact that Kellenberg’s COR principles have had on so many students, it is no surprise, then, that many alumni have been inspired to lead lives of service by serving our nation in various ways.  Whether they are in the Navy, Army, Marine Corps, or National Guard, many Kellenberg Memorial alumni are proud to value service over self in support of the United States of America.  Below are profiles of a small sample of alumni who are serving our nation.  All those in the armed forces remain in the prayers of the Kellenberg Memorial community.

Featured alumni in this issue include: