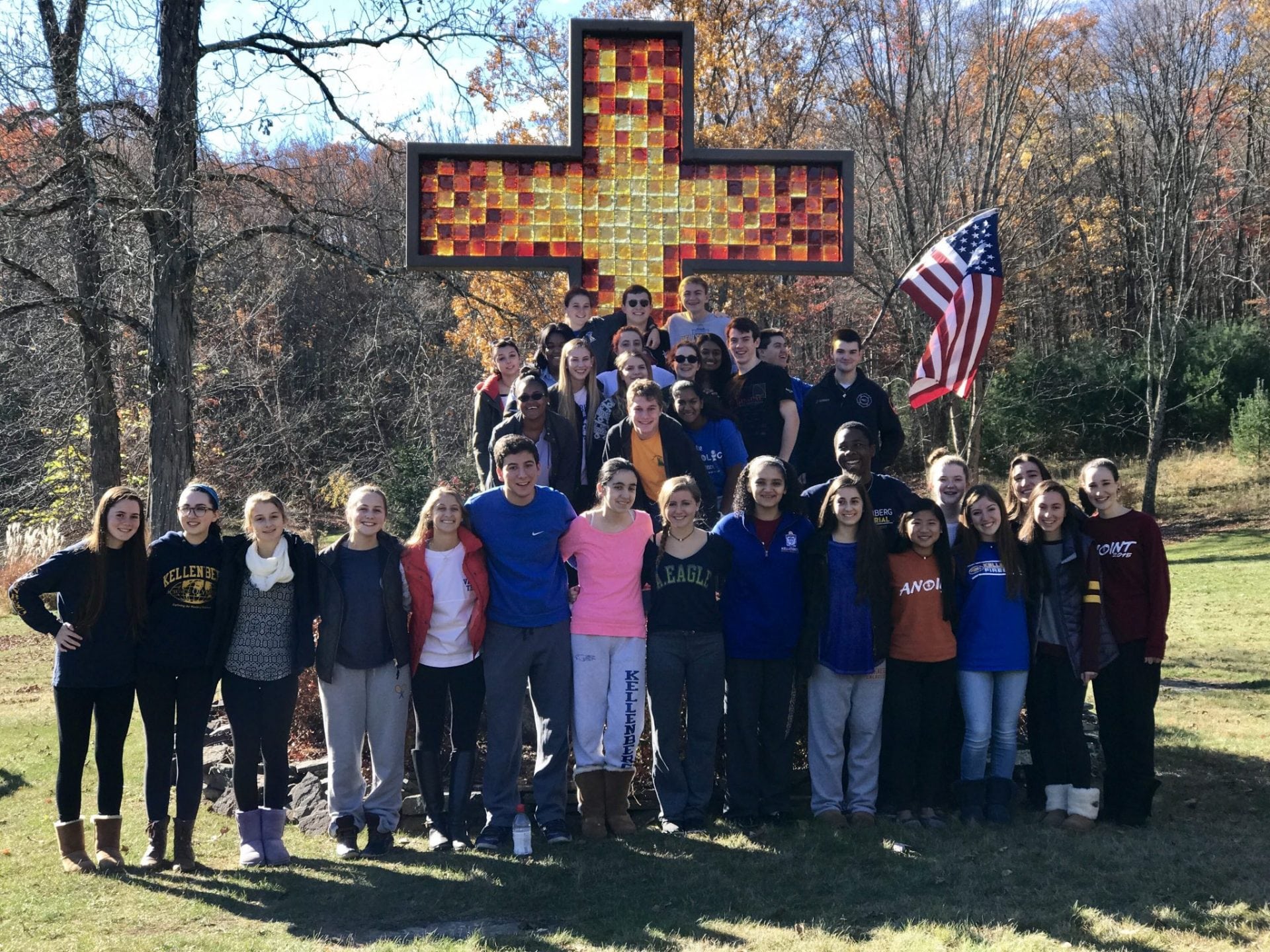 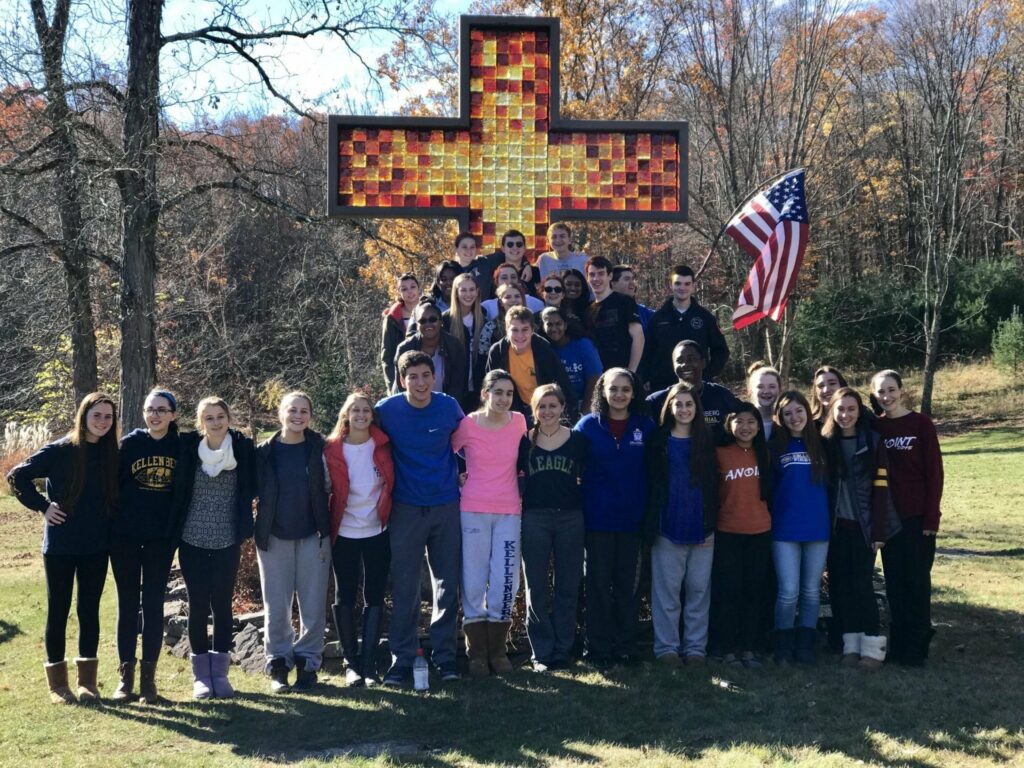 By Ismenia Ginebra ’18:
As Catholics, we are called to do much with our faith. In being witnesses to Jesus by serving one another in words and deeds, we are also called to be leaders. In a world that is hurting, we should take advantage of our Catholic education and use it to bring the truth everywhere we go.
In early November 2016, members of the Catholic League attended a retreat at Founders Hollow. The theme of the retreat focused on going out into the world and making a change through being a Catholic leader.
“I believe that it is important for our students, particularly the seniors, to use their years in high school as preparation to go out to college and beyond having the greatest impact they can on everyone they meet,” says Mr. Krug, moderator of the Catholic League. “The greatest impact you can have is inspiring others to go deeper into their faith. Many of our former Catholic League members have gone on to start great things in the colleges they attend.”
On the retreat, students watched a documentary called The Rise of Hope. This documentary covered the life of Pope Francis, from his beginnings in Argentina to his priesthood as well as important events he was a part of. It was very insightful to understand and see how Pope Francis, by being a leader, impacted many.
Our discussions throughout the retreat reflected our desires, uncertainties, questions, and opinions on various topics of the Catholic faith. I personally loved our discussion time because we learned so much from us all expressing and discussing our opinions. With much time in between spent in prayer and adoration, our retreat overall covered both active and contemplative aspects of our faith.
This retreat was such a privilege to go on; I truly enjoyed everything we did, and I can definitely say on behalf of all of us that we gained much insight on what a Catholic leader should look like and the attitude we should bring with ourselves. Mr. Krug says,“Catholic League is a place to go deeper in understanding our faith through sharing your questions and ideas with other kids who have the same strong interest.”