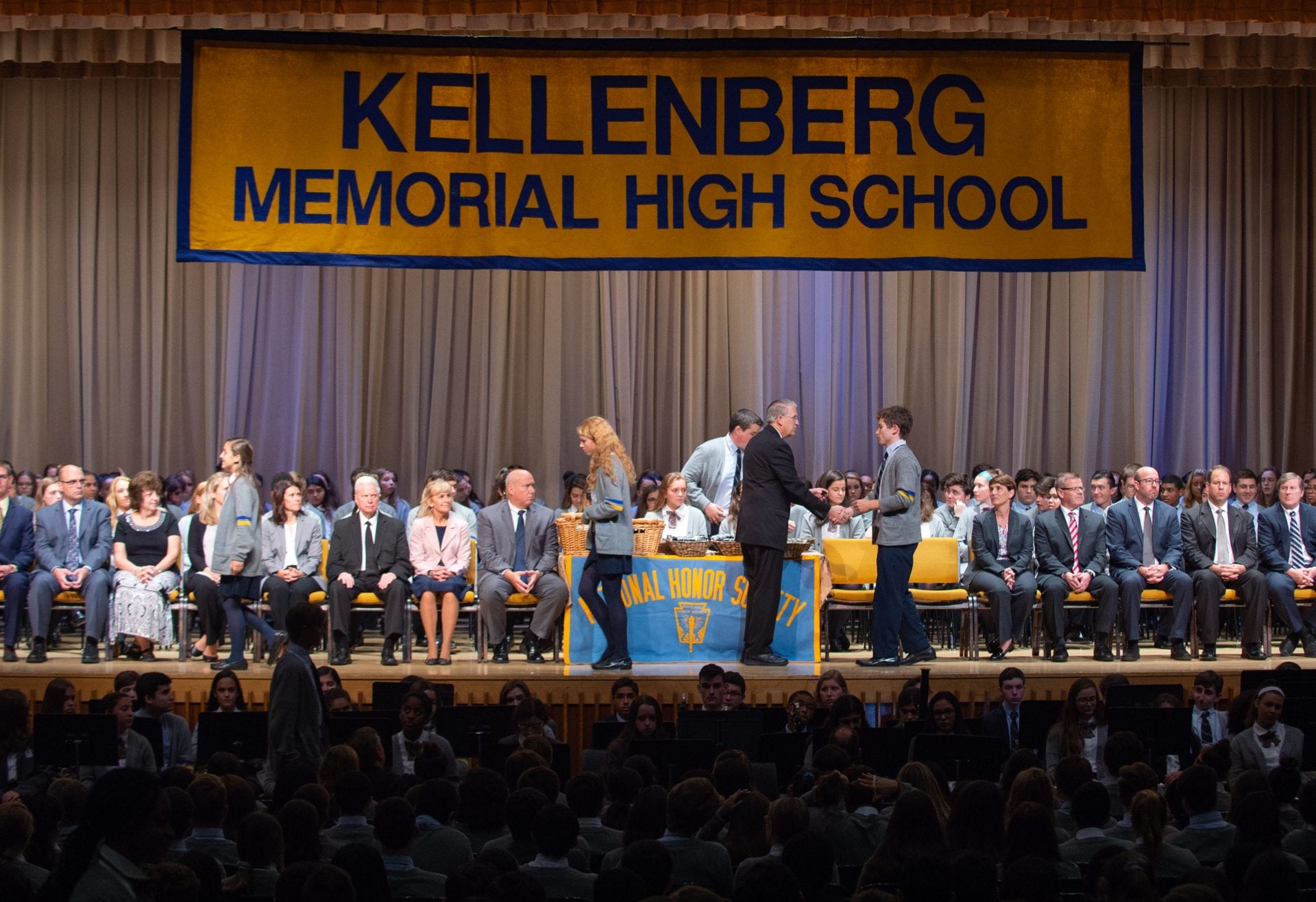 One of the highlights of this past week at Kellenberg Memorial took place on Tuesday, September 25th as we celebrated the academic excellence of our student body during the Academic Awards Assembly.   Students received pins for their first, second or third year on the Honor Roll as well as for perfect attendance for the 2017 – 2018 school year.
New members of the junior and senior divisions were inducted into the National Honor Society and the officers for the current year were announced. Voted on by the current members of the National Honor Society, they are President William Hom ’19, Vice President Rachel Nemeth ’19, Corresponding Secretary Jack Russell ’19, and Recording Secretary Madeline Lay ’19.

Congratulations to all for your hard work and high achievement.