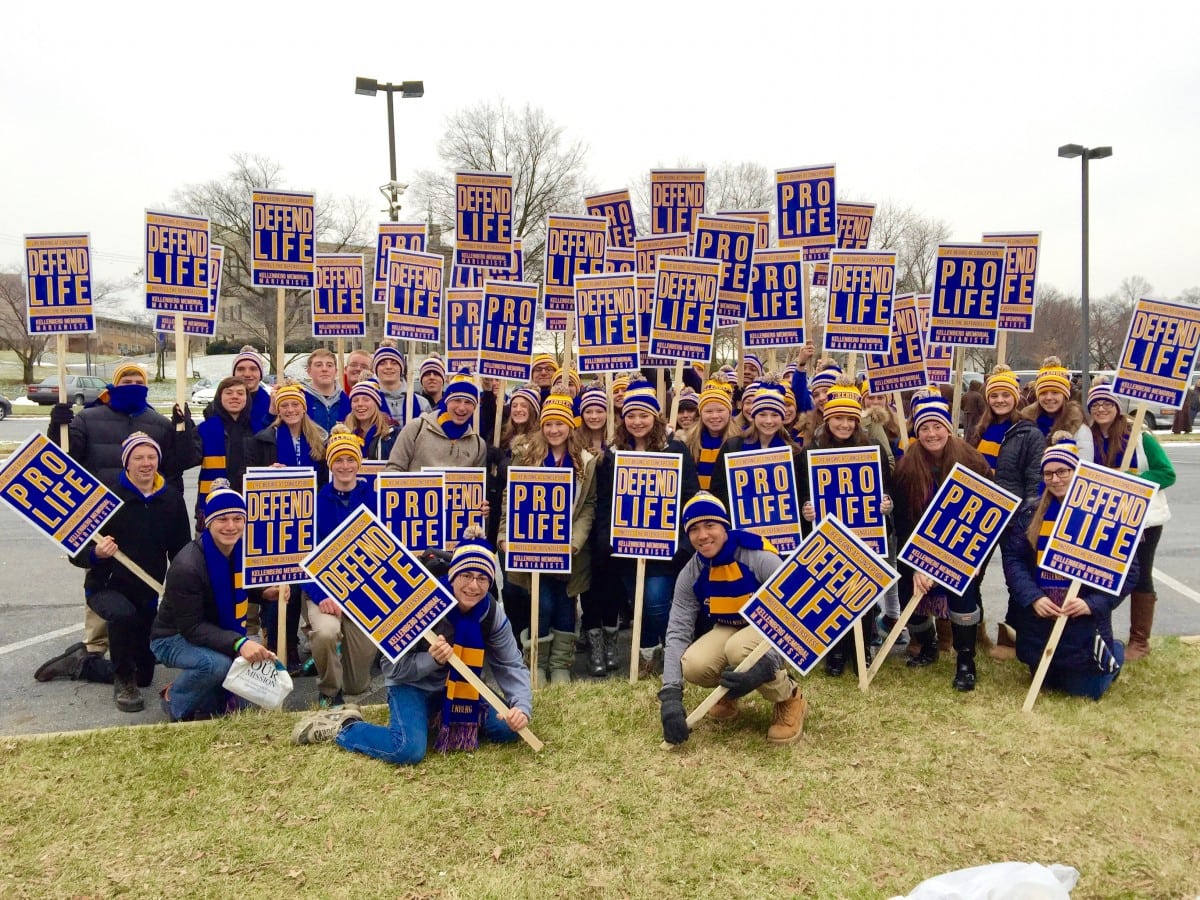 Reflection by Maggie Crowley ’17:
On January 21, Kellenberg students took a trip to Washington D.C. with the intent of marching in the March for Life to support Pro-Life. Even though we could not march because of the snow, we still had a wonderful experience and kept pro-life in our prayers and thoughts the entire trip. We had a beautiful Mass at Catholic University’s Basilica of the National Shrine of the Immaculate Conception. We also had the experience of visiting the United States Holocaust Memorial Museum and the different monuments in Washington D.C. The entire trip was an amazing experience with lots of memories that will last a lifetime.
Reflection by Victoria Primiano ’17:
My favorite part of our trip was visiting the Basilica of the National Shrine of the Immaculate Conception. While we were there, we split up into groups to explore. We admired the detailed paintings and sculptures and we recognized a lot from our Church History class sophomore year. We listened intently as Father Thomas Cardone, S.M. gave his homily. He reminded us of the reason why we were gathered there. People who say that they are “pro-choice” fail to realize that life is not a choice. Life is a gift from God.
It was amazing to see how many people are willing to take a stand for life. Everywhere we looked, there were groups of pro-lifers in D.C. just for the march. It is unbelievable that over half a million people, some even coming from foreign countries, were brought together for such a beautiful cause.
Abortion is a violation of human rights, and Kellenberg participates in the march every year in order to share the truth and to stand up for the unborn. We are a Catholic community, and we believe that every life is valuable. No matter what the circumstances are, everyone should have the right to life.

Reflection by Juliet Popijakowska ’17:
On January 21, Kellenberg Memorial High School made a trip down to Washington, D.C for the March for Life. When we arrived, we went to see the United States Holocaust Memorial Museum and some national monuments including the Lincoln Memorial and the Washington Monument.
On Friday, after breakfast, we traveled to the Basilica of the National Shrine of the Immaculate Conception where we celebrated Mass led by Father Thomas Cardone, S.M. After exploring the Basilica, the decision was made that we would be leaving early due to the impending snowstorm that was headed toward D.C. We didn’t want to get stuck in the terrible conditions. Unfortunately, we were unable to show our support at the March for Life, but our touring and experience in D.C. was amazing and a memory that we will never forget.
Kellenberg attends the March for Life because we want to spread the word about the pro-life movement. We as Catholics believe that life begins at conception and that there is a human being inside of a women’s womb. The child hears the mother’s voice, smiles, hiccups, and even sucks their thumb in the first few months of the pregnancy. We want to spread our beliefs to everyone we can by going down to Washington, D.C. to march with our teachers and friends. We want women to give birth to their children and not take part in abortions. Marching for this wonderful cause is an amazing memory to have.