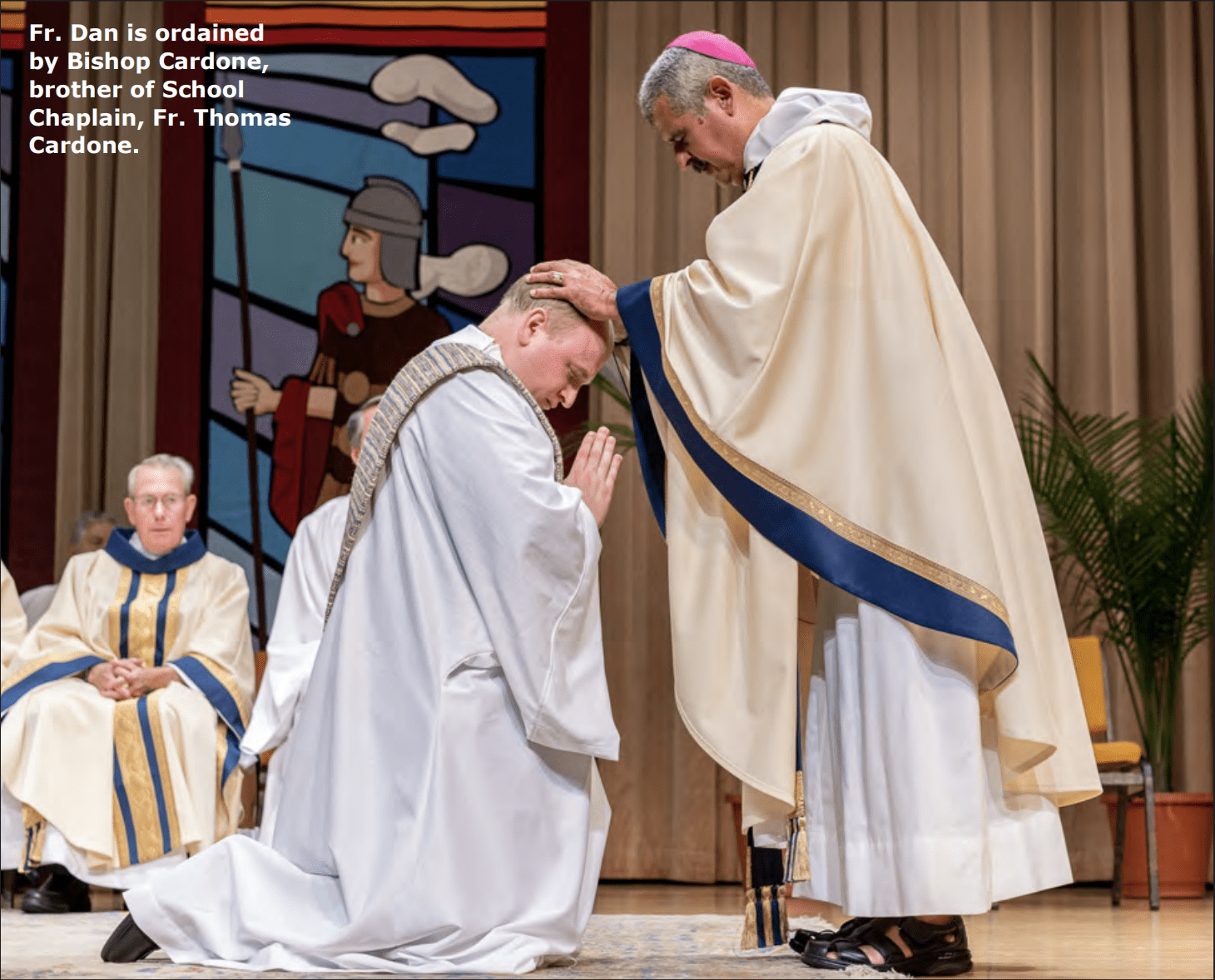 By Phoenix journalist Theresa Fox ’19:
Over the past summer, the Kellenberg Memorial family grew in size. Aside from the new freshmen and Latin School students, Brother Daniel Griffin, S.M. took vows to become a Marianist priest, and two puppies joined our community.
On August 18, 2018, Brother Dan was ordained at Kellenberg Memorial High School. As a Kellenberg alumnus, 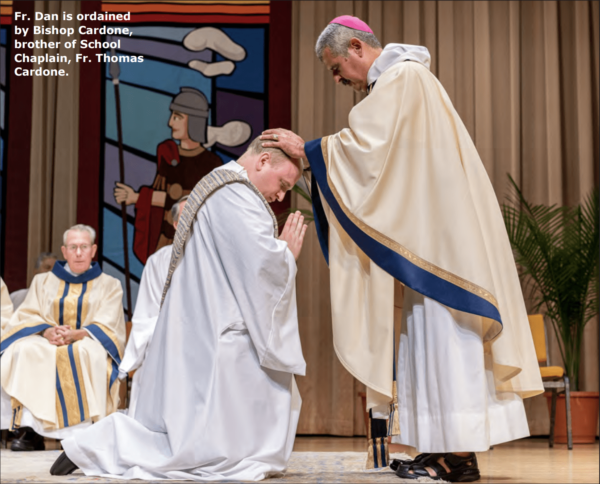 he has always called Kellenberg home. Growing up, he said that he always knew that he is called to become a priest, but he wanted to teach as well. Upon coming to Kellenberg, he discovered the Marianist Community. Marianist brothers and priests are also called to be teachers, which was exactly what he was looking for. After his graduation from Kellenberg, he began actively pursuing his religious vocation. For three years, he attended the Chaminade Seminary and then lived in Rome, Italy. After a short time as a brother, Brother Dan was ordained as a priest.
Father Dan teaches religion to eighth grade Latin School students. However, students from all grade levels come into his office throughout the day and ask him to pray for their sick family members.
When asked how becoming a priest has changed his relationship with the students, he said, “I enjoy helping and guiding them in all aspects, especially in the spiritual matters of their young lives. Students come to me all the time for prayer intentions, guidance and confessions. I enjoy being someone they can come to for that.”
Father Dan looks up to Father Thomas Cardone, S.M., as his role model.
He reflected, “When I was a student here, Father Tom was the chaplain. He really guided me and helped me to start on the path towards priesthood. I hope to affect my own students as he affected me.”