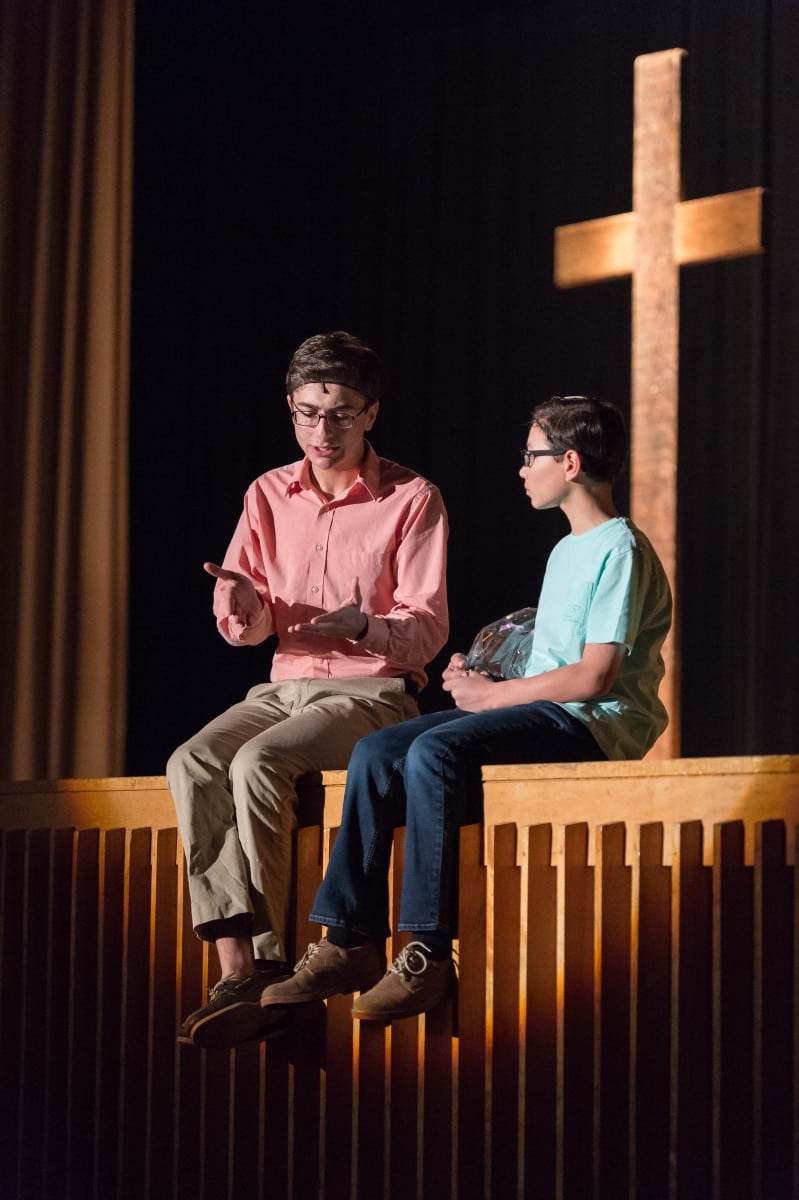 On Wednesday April 12 and Thursday April 13, the students from the Bro. Joseph C. Fox Latin School and Kellenberg Memorial High School celebrated their annual Easter Prayer Service. After gathering into the auditorium, the prayer service opened with an exquisite musical performance by students Jeremy Capuder, Nicolas Castelli, Mary Donnelly, Kristen Gensinger, Kelly Kenny, Thea Mundy, and Isabela Ginebra. As the spotlight died down upon the closure of their piece, it soon returned to the bottom of the stage where Jordan Bernardi and Luke DeBono gave the introduction to the service and explain that the true meaning of Easter is about Jesus giving up his life on the cross to forgive us of our sins and open the gates of Heaven for us.

The focus of the audience was then shifted to center stage where Duchess Iregebelum, Courtney O’Shea, Nora Powers, Daniel Ruescher, Sean Crosby, Angela Paton, Sean Kilcarr, Brendan Peers, and Dylan Tobie,  personified the human emotions of doubt, sorrow, agony, and hate and discussed how they tried to stop Jesus and His mission. They all surrounded Jesus and tried to make Him succumb to their influence but Jesus overcame all of them. After Jesus had triumphed over human emotions, one obstacle remained in His way– death itself. Death was certain that it had secured its victory over Jesus with His crucifixion but even death was overcome when Jesus rose from the dead on the third day to open the gates of Heaven for mankind.
When the play had closed, Brother Michael addressed the audience to explain the meaning of the play. Brother Michael said that the emotions that afflicted Jesus are the same emotions that challenge us today in our everyday lives. These emotions try to overcome us and that we must remember that through faith in God we may be able to overcome these emotions. After his speech, students were each given a cross lapel-pin, which they were encouraged to wear for the rest of the Easter season as a reminder of Jesus’s sacrifice and how with His help we can overcome these difficult emotions.