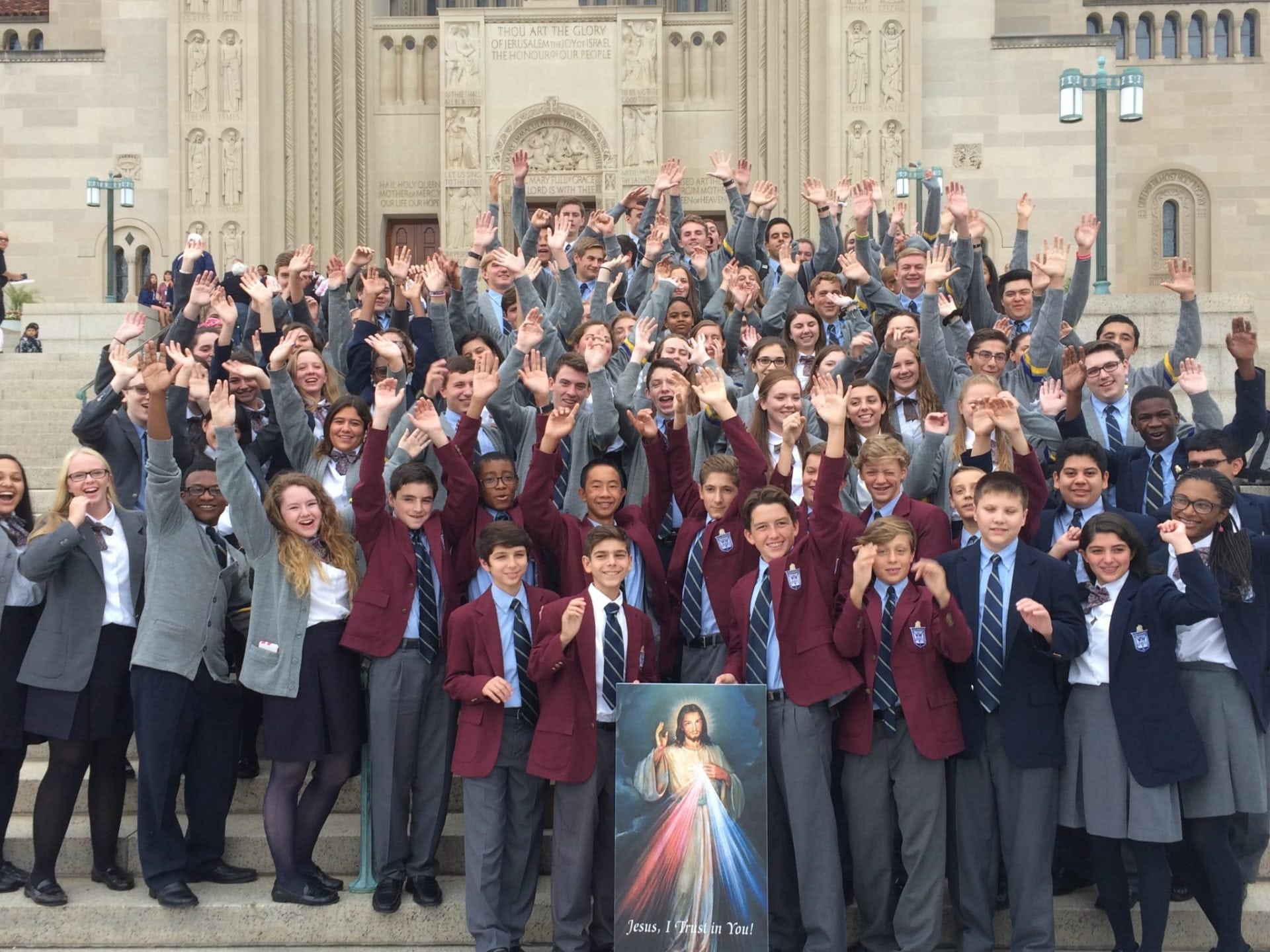 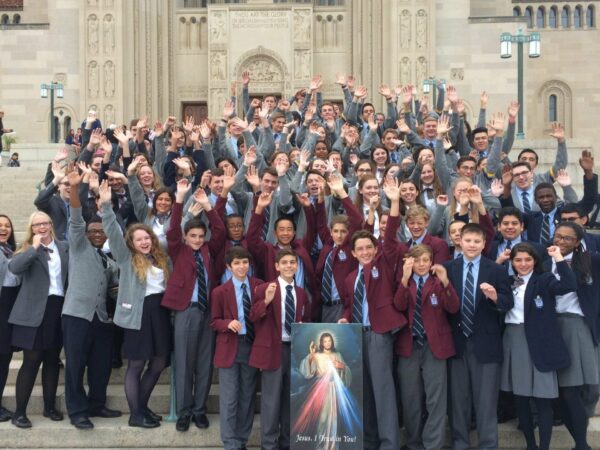 On Saturday, September 24, 100 students from Kellenberg Memorial High School and the Bro. Joseph C. Fox Latin School were among the 3,000 pilgrims from the Diocese of Rockville Centre that made their way to the Basilica of the National Shrine of the Immaculate Conception in Washington D.C.
Newsday reporters caught up with Kellenberg Memorial pilgrims, both students and alumni, on the basilica’s steps:

“For seminary student John Crozier [’11] of St. Joseph’s Seminary in Yonkers, which serves the Rockville Centre diocese, the pope’s instruction means a more deliberate way of living and being with others.

“‘Pope Francis’ book is called The Name of God is Mercy,’ he said. . . . ‘[The book encourages that] I try to help people to understand what it is to be more fully human. In our daily lives we can bring a sense of mercy to every situation.'” 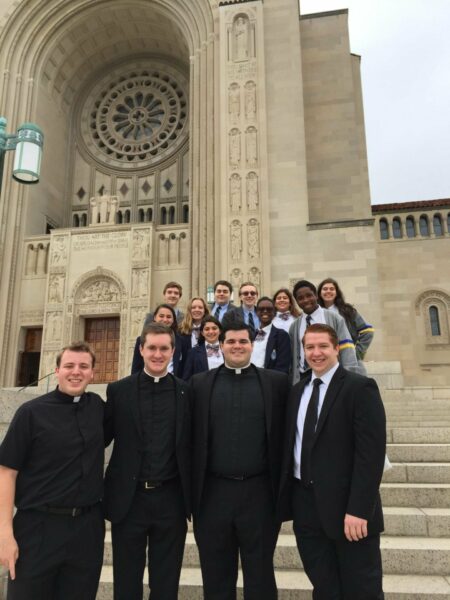 “Freshman Kryston Whyte, 14, attends Kellenberg Memorial High School in Uniondale. He said he answers the call to live his faith daily. ‘As a follower of Christ, I ask the saints to intercede. Or I express my faith through song or prayer or worship.’

“Senior Keon Whyte, 17, says his faith is what gives him direction. ‘My faith is a compass that guides me. And as I can go in the direction of God, I trust that the pope will lead me and lead others up to God.’ 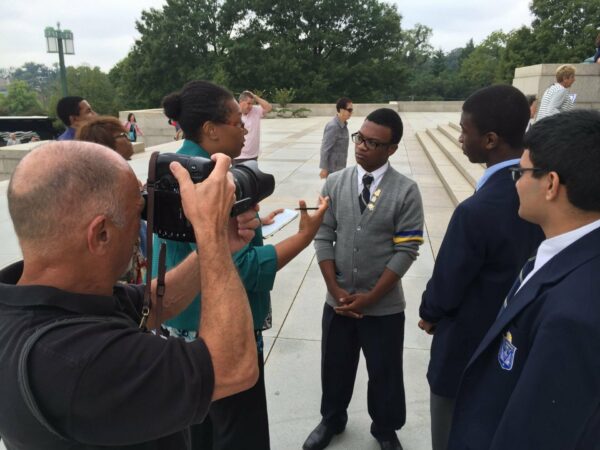