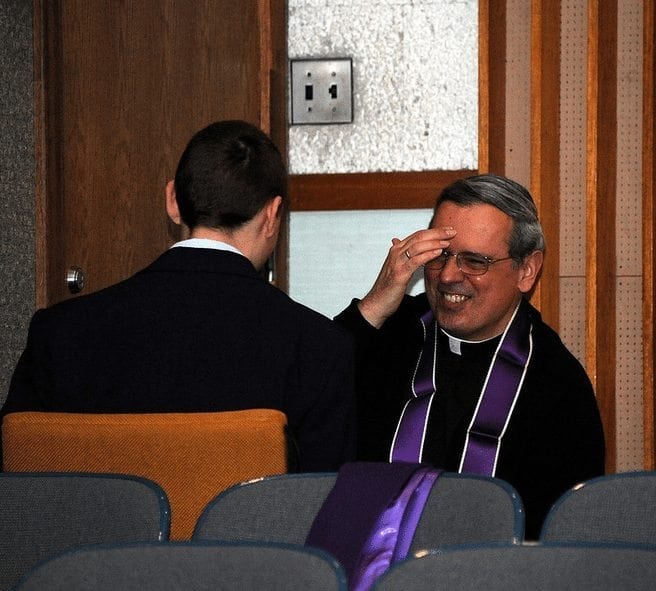 Article by Brianne Russell, class of 2015:
As we prepared for the Lenten season, the entire student body of Kellenberg had the opportunity to receive Reconciliation on March 3rd and March 4th.  Attending the service with their religion class, each group came into the auditorium and prayed an Act of Contrition, which was led by Brother Michael Gillen, S.M. There were multiple priests throughout the auditorium available to hear our confessions and several students from Gregorian Consortium playing guitar and sang religious music to help students prepare for the Sacrament of Reconciliation.  Students could read the Examination of Conscience on the auditorium screen and reflect upon their possible sins while they prepared to enter into the sacrament.
Then one by one, students got on line to receive the Sacrament of Reconciliation.  After students’ confessions were heard, they prayed quietly based on the penance that they received. After the service, students returned to their classrooms and continued their day. This service was a great way to start off the Lenten season, which began with Ash Wednesday on March 5th.