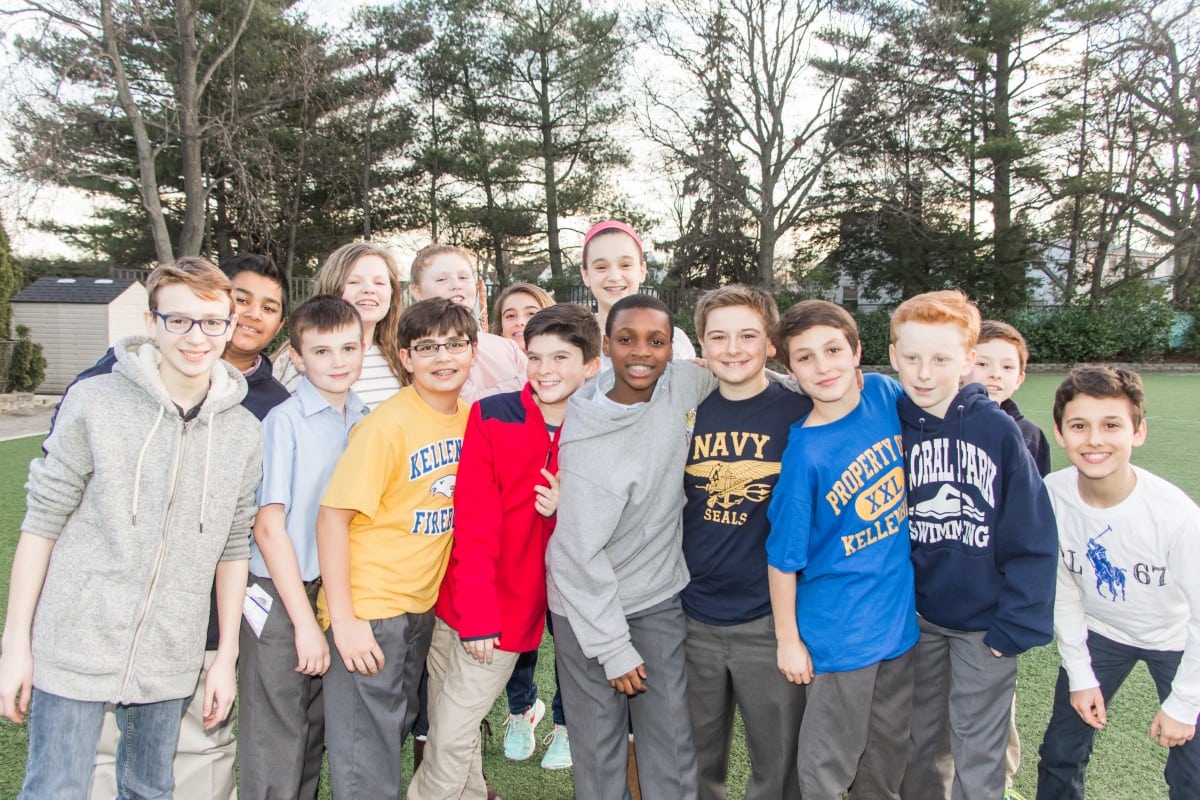 By Anabella Ginebra ’21:
On Friday, March 11, after a long school day, the bell rang and students rushed out of their classroom into the locker room to change for the Latin School Evening of Recollection. After we ate a quick snack in the cafeteria, we quickly headed into the auditorium to start the eventful evening.
Mr. Brennan greeted us and showed us numerous videos such as “How Do I Know God is Real” which focused on how we know for sure there is one true God and how especially during this Lenten season we should grow more in our faith and step back and look at all God has given us and what we should give back to Him and others. Following the video, Mrs. Froaley gave a spiritual talk and even including a short skit some students took part in. Mr. York and Mr. Kirk also gave inspirational talks about some of the topics covered in the videos.
The students also took part in various games like pin dodge, a spiritual quote car bumper game in which students and even teacher had to give an explanation for the quote, and an epic scavenger hunt that included items found inside and outside of the school. The Marinists Mentors stood by the item we needed to find, making it even more enjoyable. Then, when we waited for dinner to be ready, teachers lead us into the field to play a fun game of kickball.
After a dinner, it was time for Eucharistic Adoration. Members of the XLT Band welcomed us back into the auditorium with beautiful songs. Father Tom entered and placed the monstrance on the altar with lit candles surrounding it. Tyro Collin Crowley said, “When the Eucharist came out, you could just feel God’s presence so close to you. It was amazing!” After Adoration finished, Mr. Brennan dismissed us, leaving everyone with a smile and Jesus in their hearts. I had an amazing time at the Latin School Evening of Recollection. It was a great way to end the school week being surrounded by my friends and fellow classmates!