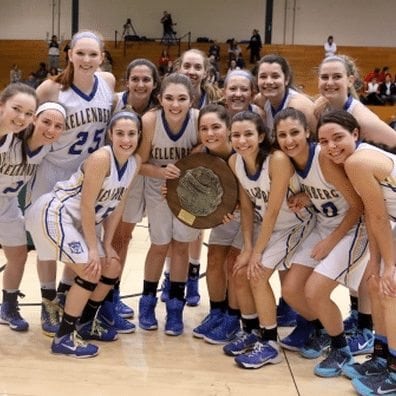 Both Kellenberg and St. John the Baptist fans couldn’t have asked for a better basketball game.
However, it was Firebirds fans that got an even better result.
Caitlyn Staab’s running one-handed layup coming out of a timeout with 25 seconds left was the most important two of her 16 points as it lifted Kellenberg to a dramatic 68-67 victory over St. John the Baptist to capture the NSCHSAA Class A girls basketball championship Wednesday at Farmingdale State College.
“Coach just drew up the play,” Staab said of the game-winning bucket. “We knew we had to execute. I just had to go up with the layup and it went in.”

Read the entire article on MSGVarsity.com: