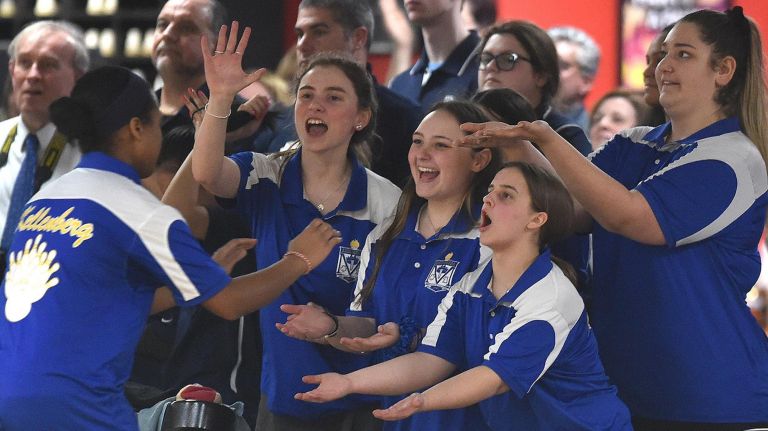 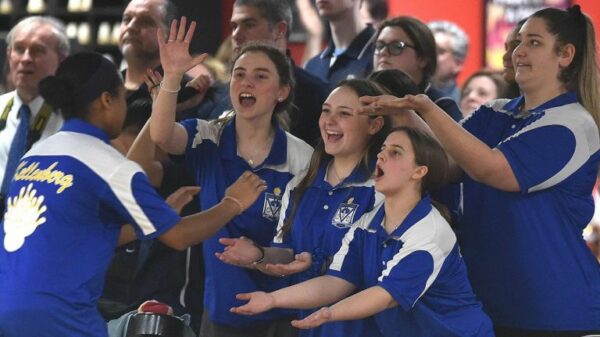 Daisha Howard of Kellenberg, left, gets congratulated by teammates after rolling a strike in her second game of the Nassau-Suffolk CHSAA girls bowling final against St. Dominic at AMF Wantagh Lanes on Thursday. Photo Credit: James Escher

Kellenberg’s Daisha Howard usually doesn’t have a tough time knocking down pins, but when she got off to a shaky start in Thursday’s CHSAA girls bowling final, she didn’t hesitate to seek advice.

“In the beginning of the first game I was struggling, and I asked my teammates for help,” Howard said. “They told me where I should stand, I trusted them, and they helped me get back on track.”

Read the rest on Newsday.com: https://www.newsday.com/sports/high-school/bowling/chsaa-girls-bowling-kellenberg-daisha-howard-1.27043985