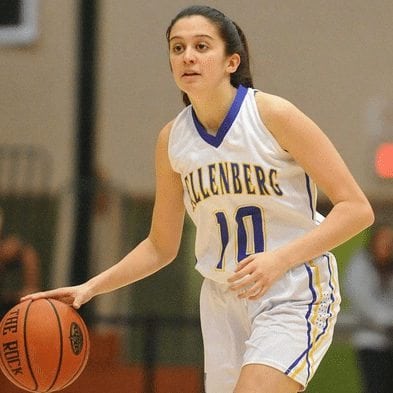 As Kate Calabro had her shot blocked with two minutes to go, the loud thud she made when she fell to the court silenced the crowd.
“At the time, I didn’t know ,” teammate Lindsey Ehrhardt said. “She went down really hard.”
Thirty seconds later, Ehrhardt fouled out, and Kellenberg (17-9) appeared to be in an even bigger hole than its six-point deficit with 1:30 left would indicate.
But down the stretch, the veteran Firebirds never lost their composure. Calabro’s dramatic return provided the spark, and forward Caitlyn Staab’s hook shot with five seconds left sealed No. 1 Kellenberg’s 68-67 win over No. 2 St. John the Baptist in the CHSAA Class A championship game Wednesday.