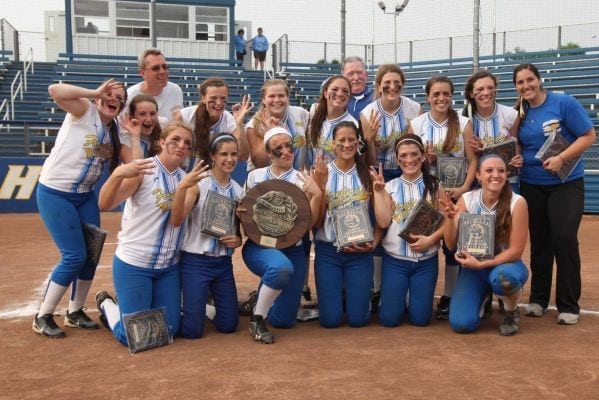 There is nothing to fear, but fear itself — and Sabrina DeAngelis’ curveball.
. . . and Krista King’s speed, Amanda Crimarco’s bat, Amy Quinn’s glove, Stephanie Staiano’s arm, and so on.
Kellenberg, the defending state champion, is frightening, and it doesn’t get scared easily. The Firebirds reinforced that by adopting the motto “Fearless” when their dynasty was one loss away from ending this week.
But you didn’t really think that would make Kellenberg shake in its spikes, did you?
“Each game could have been our last time on the field,” DeAngelis said. “So we went out there and played with no fear.”
There was nothing to be afraid of Wednesday as No. 2 Kellenberg captured its third straight CHSAA championship