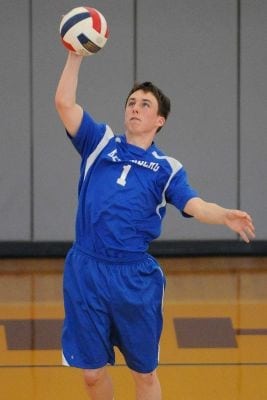 Trailing two games to none in the CHSAA boys volleyball championship match at Adelphi Friday, Kellenberg got its biggest spark from one of its shortest players.
Ryan Branigan, at about 5-8, nearly a foot shorter than some of his teammates, rose up to block a spike from Chaminade’s top hitter Mike Walsh to give the Firebirds a two-point lead early in the third game, screaming with excitement as his teammates collapsed around him in celebration.
That gave Kellenberg…