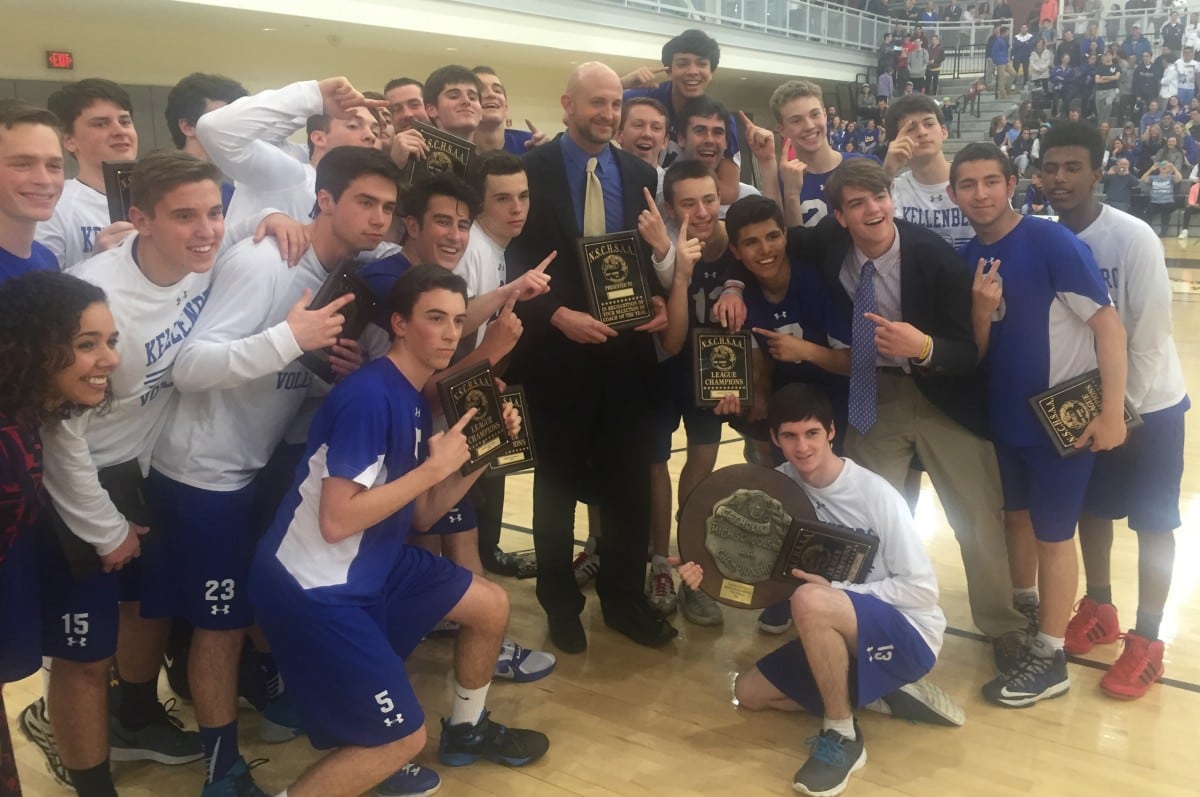 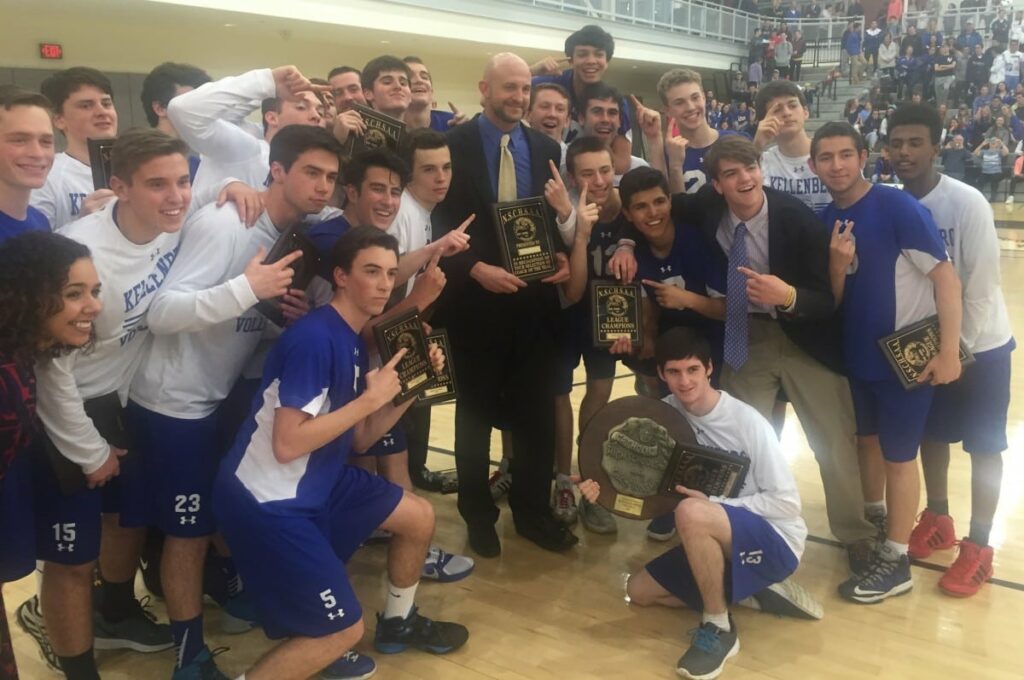 After having a soft touch returned early in the fourth set of the CHSAA championship, Ryan Wilkens switched gears. He took the next ball that came his way and spiked it for a powerful kill.
He spun around, pumped his fist and then did the same thing again and again as the set progressed. The kills gave No. 2 Kellenberg the momentum it needed on the way to its third consecutive set win and third volleyball championship in five years, 19-25, 25-19, 25-22, 26-24, against No. 1 St. Anthony’s at Adelphi University on Friday.
“It wasn’t working,” Wilkens said, who had 15 kills. “I had to do something that worked, and it worked.”
Coach John Heitner said he told Wilkens earlier to use the strength he had shied away from previously, even pointing to his bicep from the sideline. The Firebirds made a point of feeding the ball to Wilkens’ side when the defense shaded the other way, and he took advantage. Even when St. Anthony’s sent his hit back, it couldn’t be redirected and flew out of bounds.