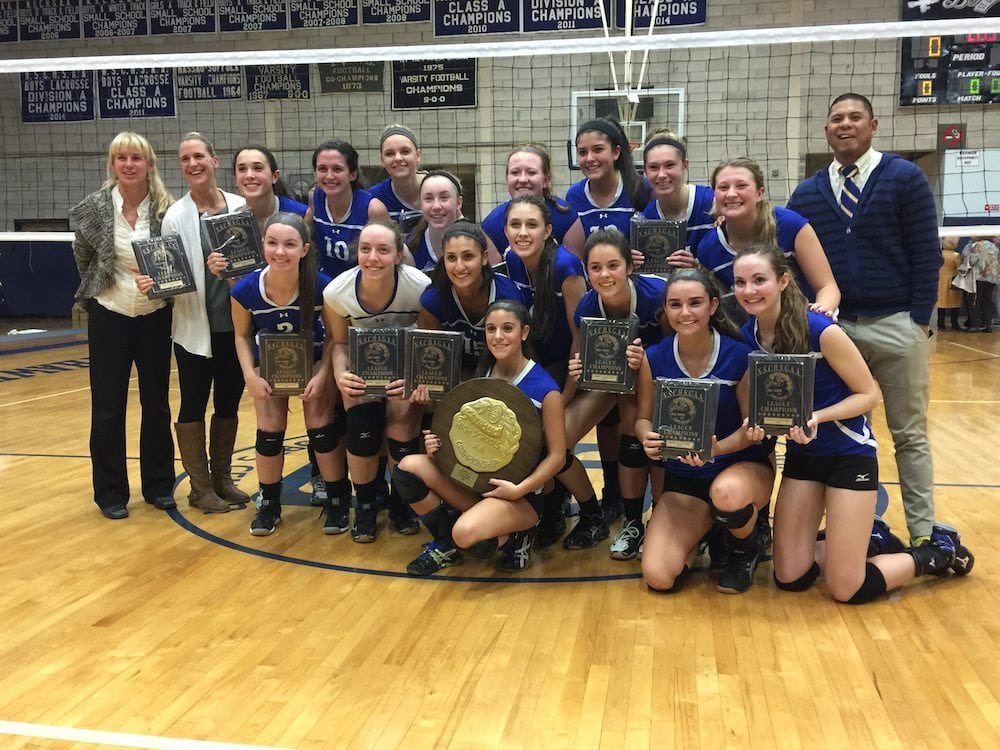 After expending so much energy during a grueling, five-set thriller, Kellenberg’s girls volleyball team still had enough left in the tank for a celebratory dog pile at the net after earning the CHSAA championship.
No. 1 Kellenberg won a wild match over No. 2 St. Anthony’s, 3-2, at St. Dominic Tuesday night after trailing 2-1. It was a nail-biter from the opening service, and both sides played like deserving champions.