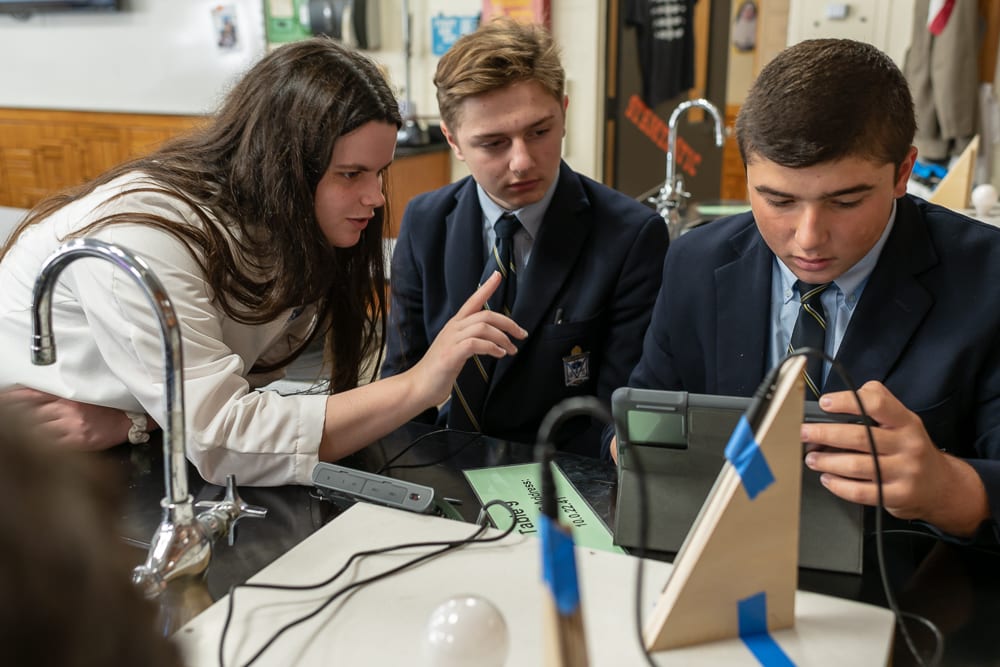 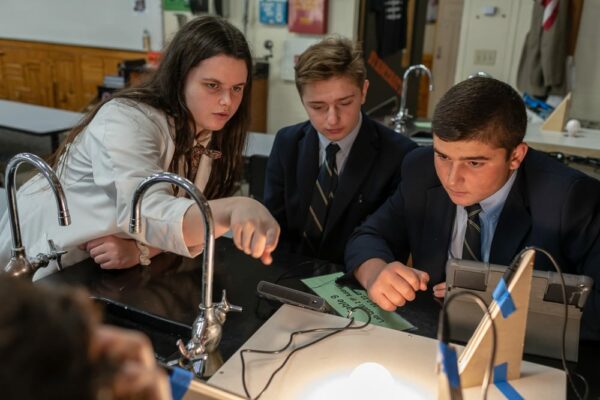 The Senior Lab Assistant program is a new opportunity at Kellenberg Memorial for seniors who excel science and who want the chance to mentor classmates during their laboratory demonstrations in their science classes.
In addition to her daily Honors Physics Seminar course, about once a week, instead of having a study hall period, Kaitlin Long ’19 has been working with freshmen Earth Science classes during their lab periods. “Many of the labs are more thought based rather than experiment based, so I walk around and answer questions,” Kaitlin explains. During this week’s lab (pictured above), Kaitlin helped freshmen learn how to analyze the angle of insolation to better understand the cause of Earth’s seasons using the iPad and Vernier probes. 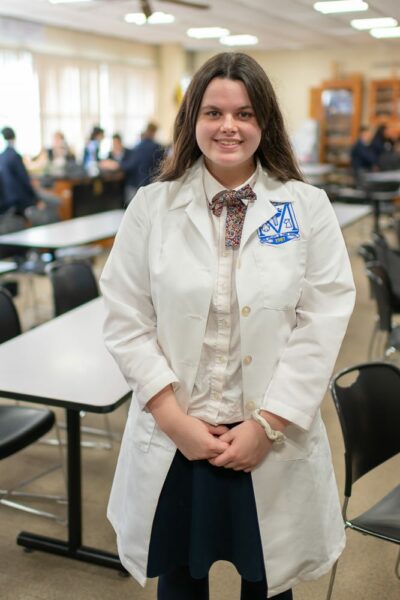 Kaitlin’s time in the lab doesn’t end at Kellenberg Memorial. In the spring of 2018, Kaitlin was accepted into the Partners for the Future program at the Sheltzer Lab in Cold Spring Harbor, NY. Kaitlin applied for this opportunity through Kellenberg Memorial and following the interview process, was accepted for this year’s program.
Over the summer, Kaitlin spent between five to ten hours each weekday (depending on the research) in the lab. Since the start of the school year, she is able to continue her research for a few hours after school in addition to time on the weekends. “I am assisting in the cancer research at the lab,” Kaitlin explains. “Specifically, I am running protein assays called Western Blots to validate results for our lab’s upcoming paper.”
While she is undecided on where she will study next year, Kaitlin plans on double majoring in Environmental Science and Biology.
Categories: Kellenberg Features, STEM, StudentsNovember 9, 2018
Tags: Cold Spring Harbor LaboratoryScienceSTEM
Share this post
Share on FacebookShare on Facebook TweetShare on Twitter Pin itShare on Pinterest Share on LinkedInShare on LinkedIn