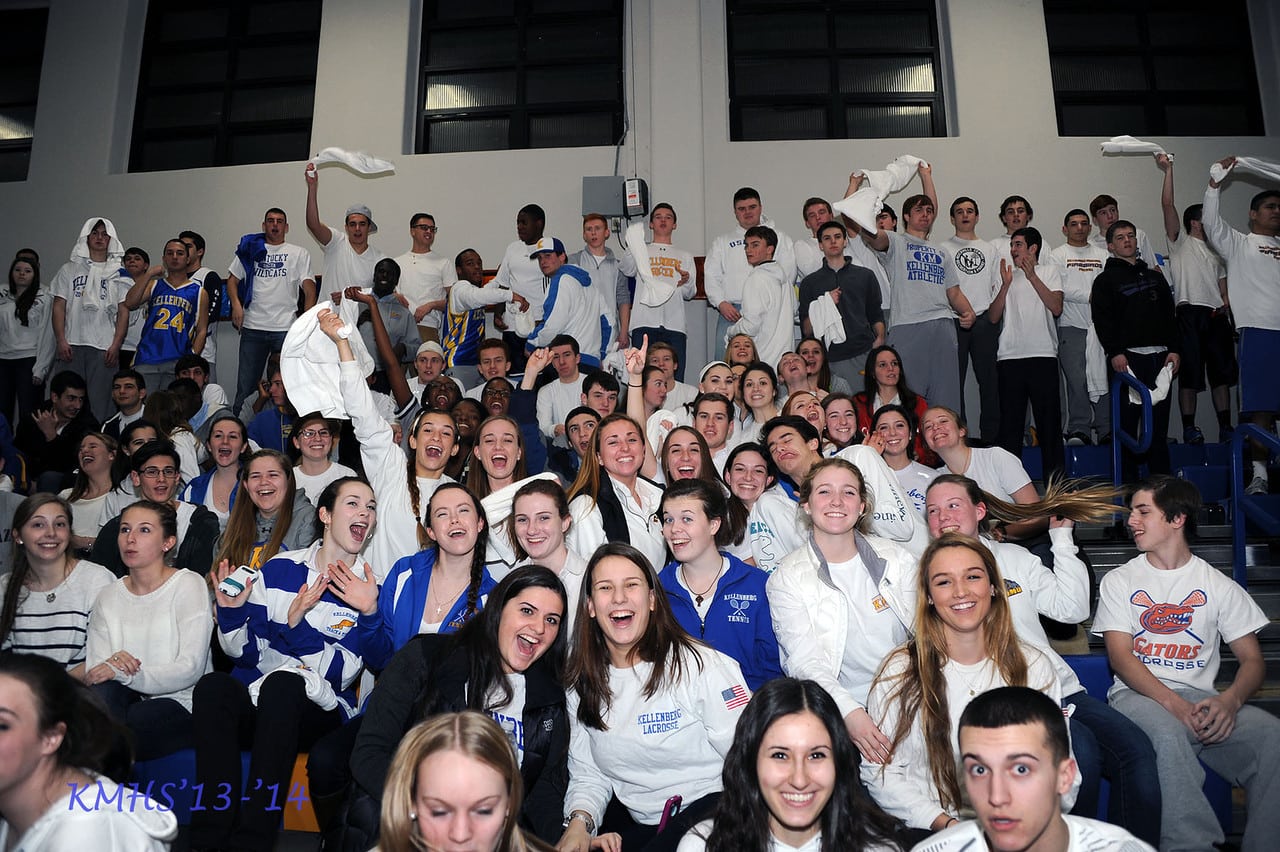 Article by Adrianna Duggan, class of 2014:
On Tuesday night at 6:30, members of Kellenberg’s Senior class joined the members of the Boys Varsity Basketball team at a short prayer service before the boys game verses St. Mary’s. The prayer service was led by Fr. Albert and members of the Basketball team. Afterwards, everyone enjoyed dinner together, before moving into the gym for the game.
At 7:30 the game began, and the student section was filled with seniors supporting their boys. With everyone screaming, cheering, and chanting, it was no surprise the boys took home a victory. School spirit was running as high as it ever has. The stands were a sea of white shirts and shouting voices.
Throughout the game, the boys were supported by Kellenberg Memorial’s Varsity Cheerleaders. At halftime the Girl’s Varsity Dance Team also had an incredible performance. All the people who came out to support their basketball team were almost as happy as the boys themselves to see the team come away with a win. Senior night was a complete success and the seniors could not be more excited for the next one!