Sophomores Experience Lent With a Movie, Mass, and More 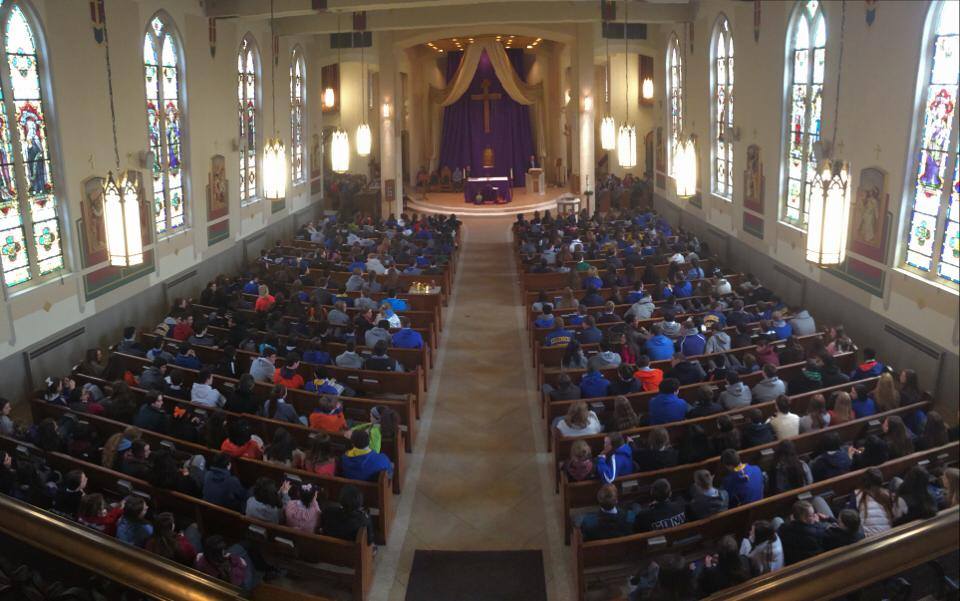 Article by James Hilepo, Class of 2016; On March 19th, the Kellenberg Memorial Class of 2016 went on a pilgrimage of faith. The sophomores spent their Wednesday deepening their relationship with God through the movie “Son of God” as well as a Mass and Lenten talk at Cure of Ars Parish. The day began as the students filled the school auditorium. There, Mr. Finn gave the itinerary for the day, along with some words on how the day was to be an opportunity for the grade grow in their faith. Father Tom then said a prayer with the sophomores, asking for guidance on their journey from St. Joseph, the foster father of Christ, on his feast day, which was also being celebrated. Following the assembly in the auditorium, the congregation boarded the buses which would bring them on their pilgrimage. The class enjoyed the bus ride, having fun with their friends and teachers. Once everyone had arrived in Merrick, the theaters filled with students and faculty, all ready to watch the movie. “Son of God” gave the sophomores a wonderful experience, as it told of the ministry of Jesus Christ and his time on Earth. The movie portrayed the life of Christ and expressed His message. After the movie, the class of 600 walked across Sunrise Highway, escorted by police, to Cure of Ars Church, where Father Tom celebrated Mass with the sophomores. Following Mass, Father Charles Mangano, the pastor of Cure of Ars, graced the students with a Lenten talk. Father Charles spoke to the young people about his experiences that led him to become a priest, stressing that the students be open to whatever the Lord is calling them to do. He then reflected on the feast of St. Joseph, speaking of how Joseph, who was a normal man, relates to everyone. Finishing with a song that celebrated St. Joseph, Father Charles concluded his talk.The sophomores then returned to school, rejuvenated by their experience. The pilgrimage greatly strengthened the relationship of the Class of 2016 with God.