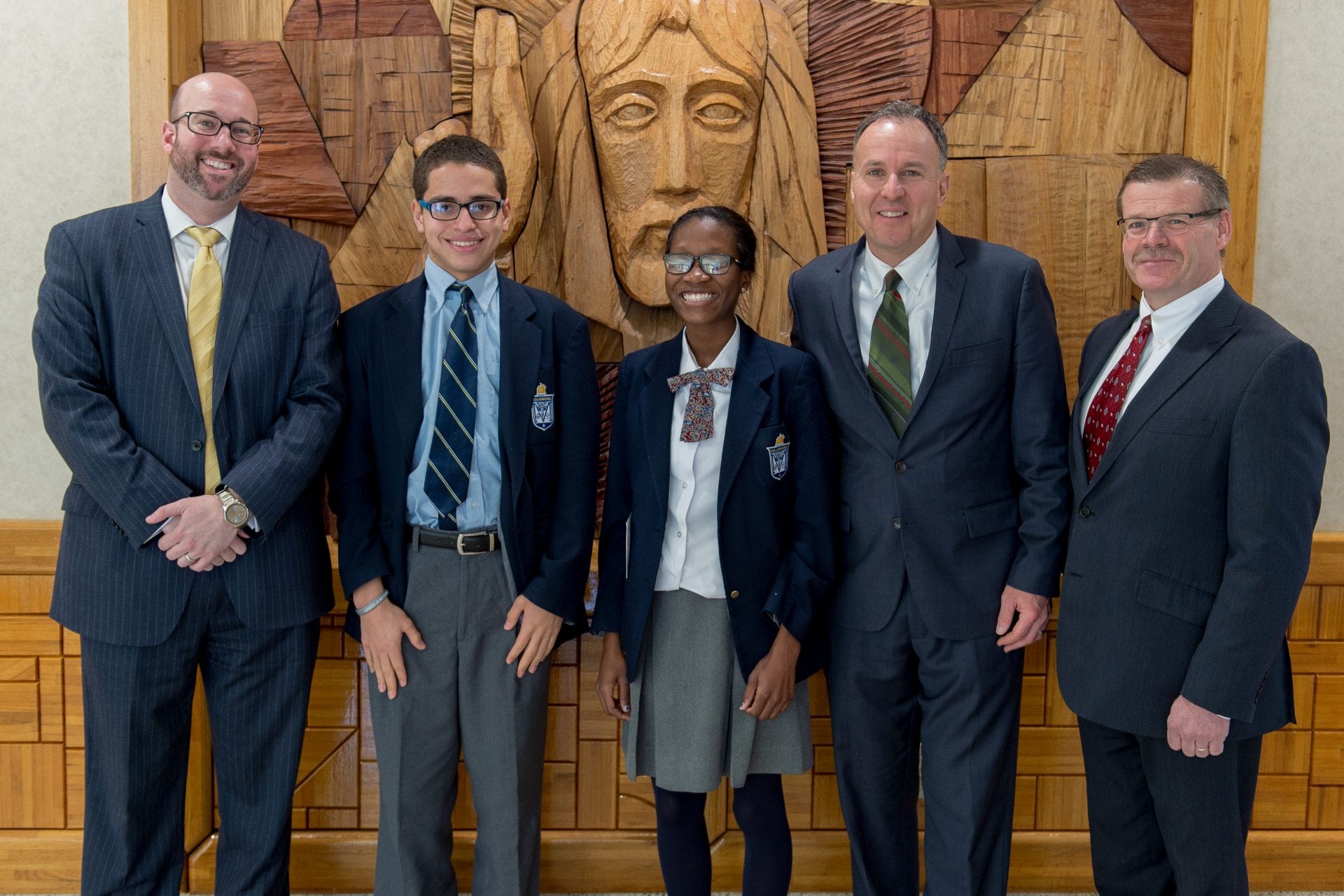 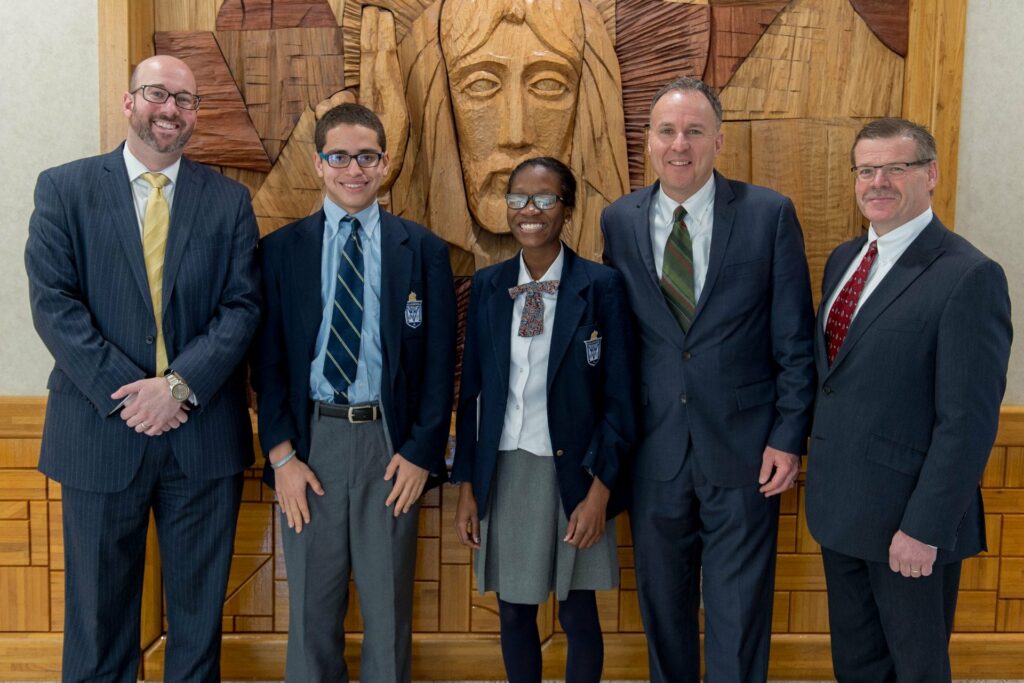 On Monday, February 6, Maya Richardson ’18 and Manny Abreu ’18 received the Dave Daly Memorial Award, which is awarded annually to two track athletes who exemplify Coach Daly’s many impressive qualities. Dave Daly was a dedicated coach throughout his life, who for many years shared his talent with track athletes at Kellenberg Memorial. Students who were nominated to apply for the award submitted essays detailing how track has impacted their lives socially, physically, emotionally, mentally, and spiritually.
Coach Robert York ’01, Head of Kellenberg Memorial’s Boys Track program, was thrilled that Manny was selected for the award, saying, “Manny epitomizes the dedication that Dave Daly possessed as a coach. He is also a good and decent young man who respects his craft, honors his competition, and competes at the highest level. It is our honor that Manny Abreu receive this award in memory of our beloved coach and mentor.”
Coach Martin Brown, Head of the Girls Track program, expressed similar excitement, saying, “When we needed to have somebody potentially score in the 600 meters at the recent NSCHSGAA Championships, Maya willingly volunteered saying in her firm, but sweet voice, ‘If the team needs me there, put me in.’ Maya not only won her heat, but scored overall for the team, and came back to run the anchor leg on the winning 4×800 relay. Maya is a true team player who always puts the needs of others in front of her own. I can’t think of anyone else who is more deserving of this award than Maya.”