Students Gather for First XLT of the Year 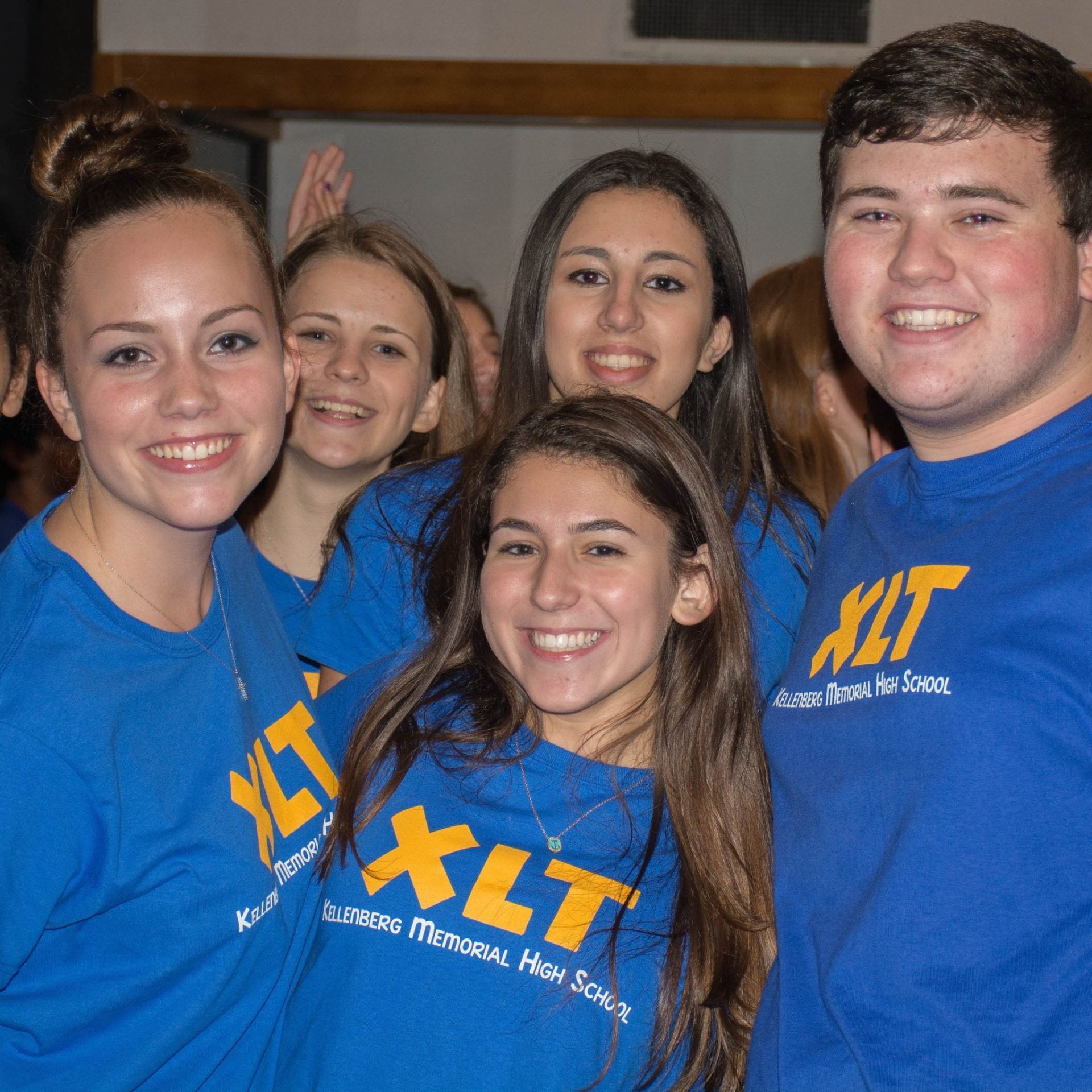 Article by Katherina Palion, Class of 2016:
Over 300 people took part in the first XLT of the school year on September 30, 2014. XLT, or Exalt, has become a popular, monthly event for students and faculty to gather for dinner, singing, and adoration. For many people it is a great opportunity to grow closer to Christ through prayer with the community. XLT is popular not only with Kellenberg students, but also among the Chaminade students, who are invited to come with Brother Lawrence.
The night began with dinner in the cafeteria, served by SALT volunteers. After dinner, everyone proceeded upstairs to the Millennium Room, where the second portion of the night is held now. Because of the success at the last XLT in the Millennium Room last year, XLT has been moved from the auditorium to the Millennium Room.
After everyone was settled, Mr. York opened with a talk about his life and the ways that his faith has played a role in it. He said that being a Christian without Christ leaves you with “–IAN”, for which he came up with the acronym ‘I Am Nothing’. Most people would certainly agree with Mr. York, that without Christ in our lives we have nothing, no rock, no foundation to support us. Mr. York said that as we grow older and independent, we will be faced with many situations in which we have to choose whether to follow our faith or ignore it. It certainly gave most people something to think about; with Christ in our lives, we will always have Him as a foundation. However, when we leave Christ out of our lives, we are not guided by Him, but instead by our own desires and opinions. This idea is reflected in Psalm 28:26, “He who trusts in his own heart is a fool, But he who walks wisely will be delivered.”
After Mr. York’s speech, adoration began when Fr. Tom brought out the Most Blessed Sacrament. In between periods of silence and prayer, the XLT band played a few songs under the direction of Mr. Bursig and Mr. Harnisch. After about 35 minutes of solemn prayer, adoration closed with the singing of the Salve Regina. Once the Blessed Sacrament was taken, the band closed the night and played several joyful tunes which many people enjoyed singing and dancing along to.