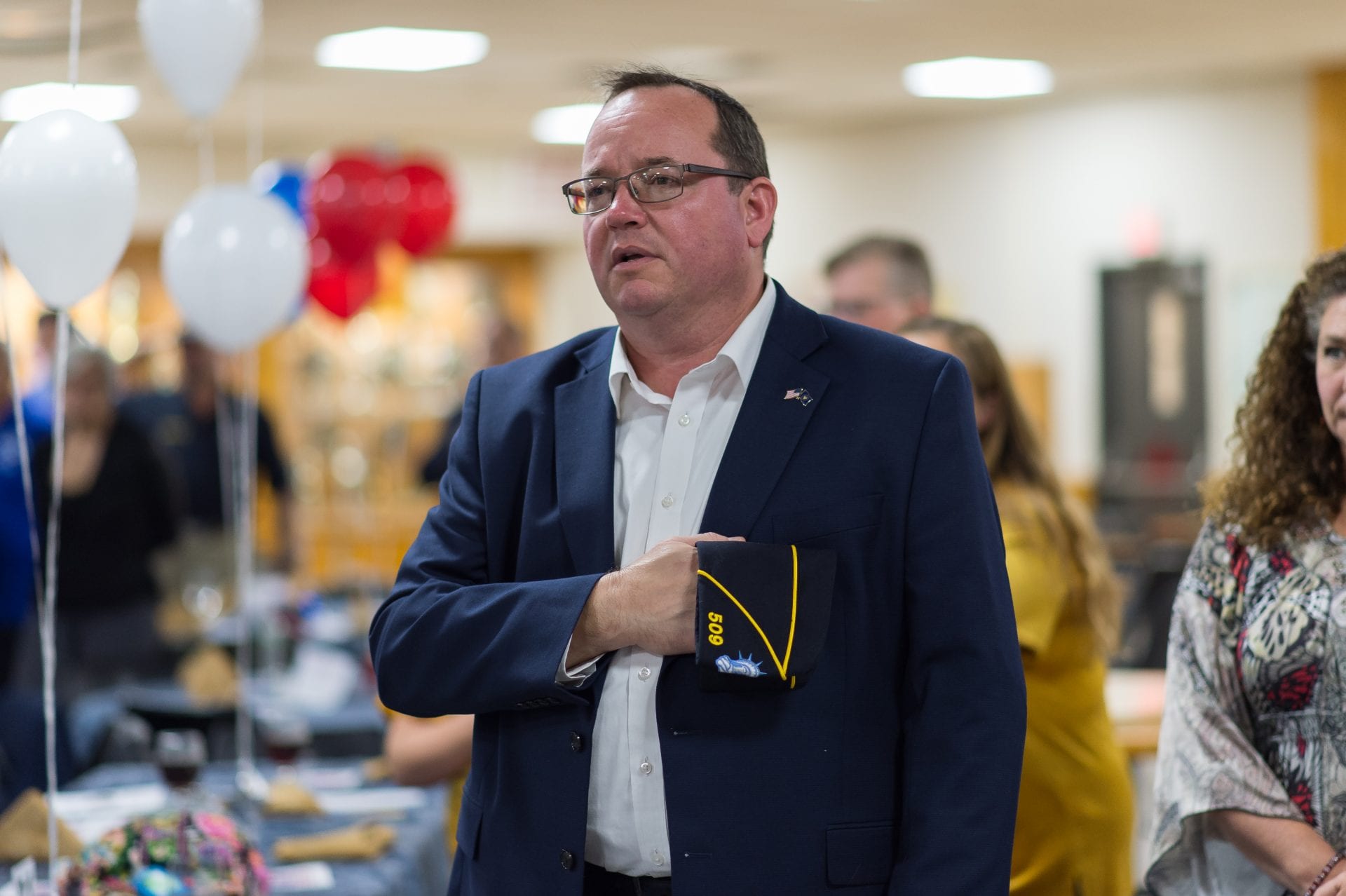 By Phoenix journalist Nicholas Motta ’20:
On Friday, November 9, Kellenberg Memorial celebrated its 17th annual Veterans Tribute Dinner. The event, which is sponsored by the History Club, has served veterans of all branches of the armed forces in gratitude for their perilous sacrifice for the nation.
Senior Matthew Moreno began the dinner with the Eulogy of the POW/MIA. This ceremony commemorates the fallen or captured in their ultimate sacrifice. During the ceremony, the emcee addressed the symbolism of the seemingly simple table. The table represented how the fallen or captured could not be with us to celebrate the undying valor of our soldiers. Salt was also present on this table representing the lives and bittersweet memories of the lost.
Junior Rebecca Perez, an annual attendee of the dinner, remarked, “Going to the dinner allowed me the privilege of celebrating my father’s service to the nation.”
In addition to opening remarks by Anya Murphy ’19 and a prayer by Heather Oleksiw ’19, history club president Catherine Dotzler addressed that without the sacrifice in which all veterans make, there would be no Kellenberg and we would not have the right to celebrate our religion. She attributes the sacrifice as a hero’s pledge.
“A true hero doesn’t just save lives in easy times, but perseveres in the hard times as well,” she said in her speech.
The History Club, under the guidance of Mr. Marone and with the help of emcee Matt Morales ‘19, celebrated the veterans’ true value to the nation over a Thanksgiving buffet dinner.  The dinner was accompanied by entertainment from Firebird Swing, Kellenberg’s jazz choir, a group that sings a plethora of jazz songs from the 1920’s to the present day. Among the songs of the night was the undying all-American favorite “Route 66.” Firebird Swing also wished a very happy birthday to a veteran who celebrated his 99th birthday that day.
Junior History Club member Rachel McCallin stated, “The most touching part of the evening was celebrating the birthday of a 99-year-old veteran which really showed our respect to him and to his service.”
As well as the dinner in honor of the veterans, Mr. Bursig and several reenactors provided special artifacts of wars and times past. The artifacts included uniforms, World War Two era carbines, playing cards, medals, and helmets. These artifacts are a testament to the bravery and heroism of Kellenberg’s esteemed guests.