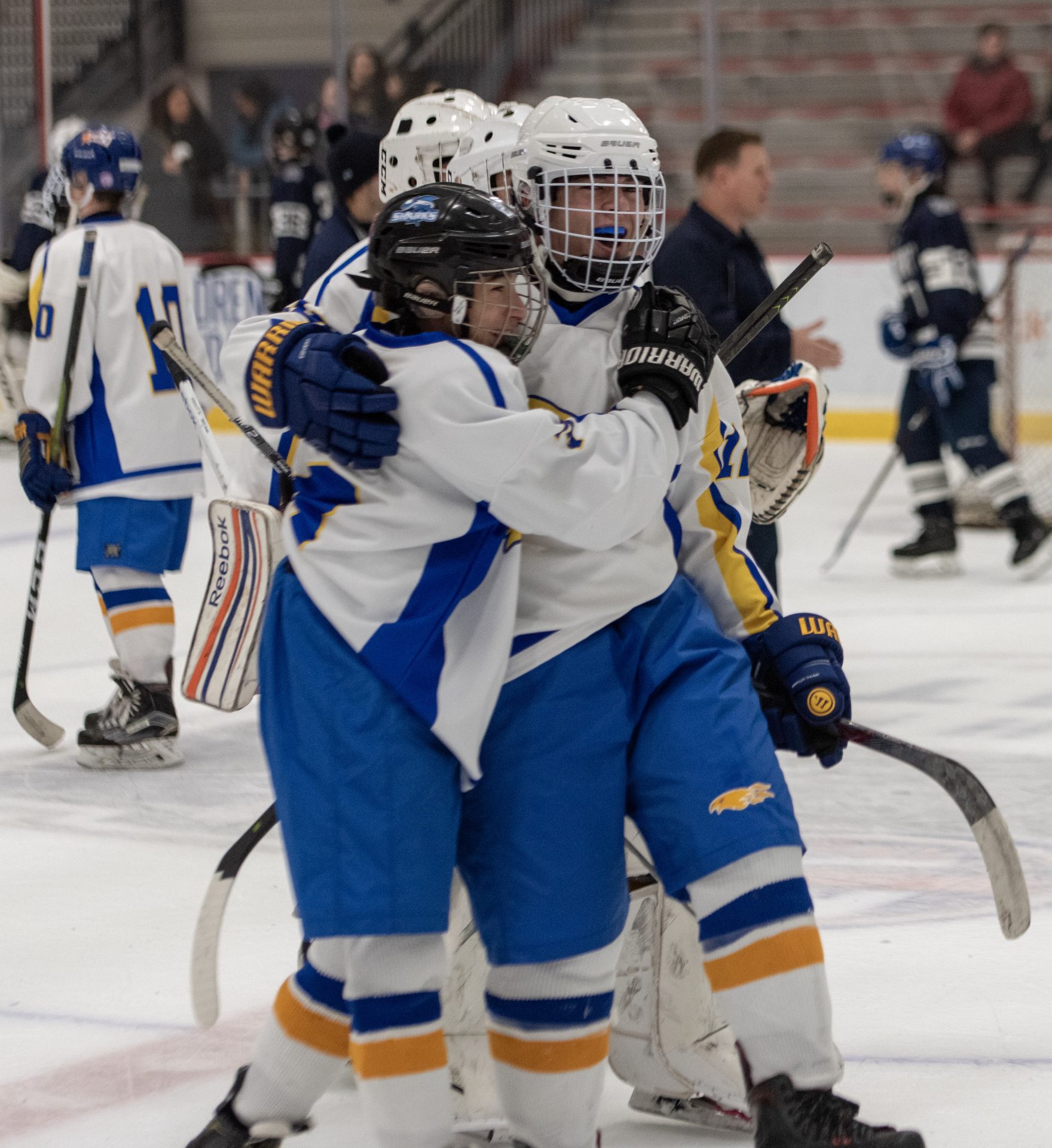 The Varsity Hockey team continued an impressive inaugural season last night after advancing to the league champs with a 4-3 victory over St. Edmunds in game 2 of the semi-final playoff series.  The line of Jonathan Fusaro, Maximus Vamvaketis, and Stephen Papp dominated offensively for the Firebirds.  Fusaro scored 2 of Kellenberg’s goals.  The defense, led by Kyle Cote and Will Makar, once again shut down a strong St. Edmund’s offense while James Palma was spectacular in goal.  In the CHSHL A-Division Championship, the Firebirds will face off against the winner of the Holy Cross and Xaverian match.