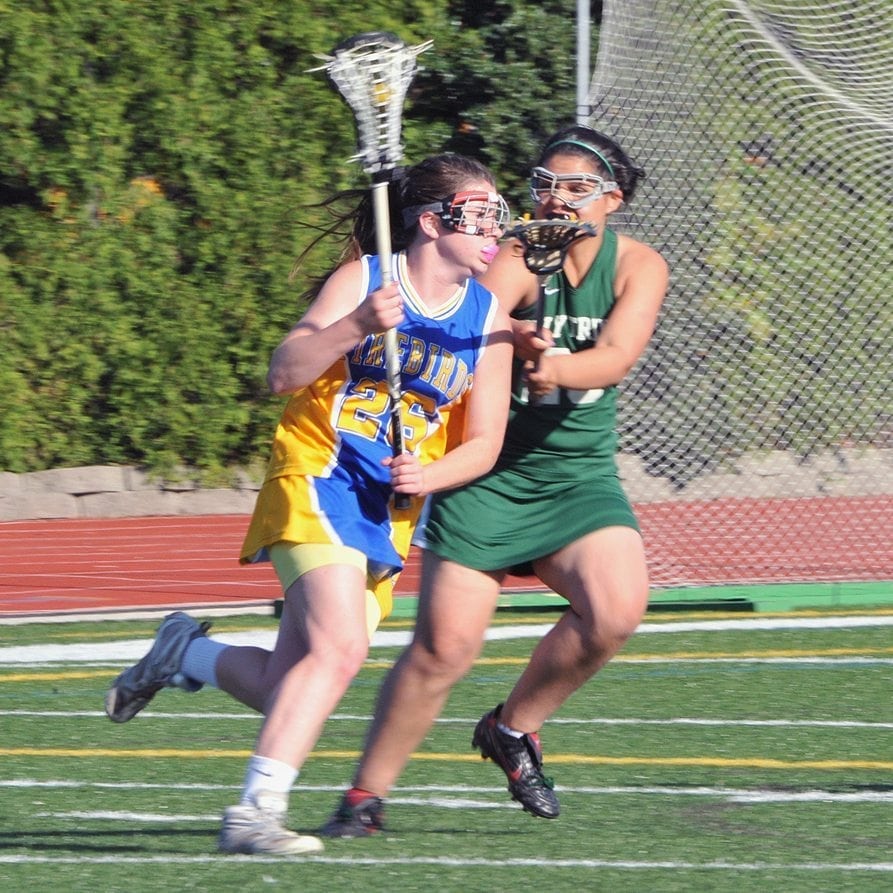 Article by Lindsey Ehrhardt, class of 2015:
Retreats are an awakening to the presence of God in our lives. Attending a retreat means taking time away from the hectic pace of life and finding time for prayer, reflection, and discussion. Playing sports improves your physical health as well as providing lifelong skills such as discipline, teamwork, and leadership. When a team is brought together at a retreat, an atmosphere of community and cooperation is developed. It is a time to reflect on the talents God has given us. An athletic retreat at Kellenberg Memorial High School ensures that each team member values the daily presence of God in his or her life.
As a member of three athletic teams at Kellenberg, I had the privilege of attending three different retreats. Each one was unique in its activities though the purpose was the same for all. The experience was meant to develop communication, teamwork, trust, and unity. I was a member of the varsity soccer team, varsity basketball team, and currently varsity lacrosse. The soccer and lacrosse retreats took place in Emmanuel, the Marianist Retreat House located in Kellenberg. Emmanuel means, “God with us,” which is appropriate because we are on retreat to further our connection to God. These retreats began in the evening after practice. The basketball retreat, held for three days, was at Founder’s Hollow, the Marianist Retreat House in upstate New York. This serene location allows Kellenberg students to take a step back from the distractions of everyday life and be focused on God.
The soccer and lacrosse retreats began with evening prayer followed by dinner. This was important because God and prayer are the foundations of our teams. The evening continued with activities that were designed to bring us closer with one another. We began with a trust activity, by which you needed to trust your teammate who was responsible for not allowing you to fall. In addition, we each had to work our way through a maze while blindfolded, being led by another teammate. Next was a unity activity that displayed how a team must act as one to accomplish a task. We all had to lower a horizontal pole at the same time using just two of our fingers. To illustrate the importance of teamwork and communication, we all held hands while interlocking our arms and collaborated on ways to untangle the group.
The basketball retreat had many activities similar to the evening retreat. Since this retreat took place over the course of three days, much more was accomplished individually and as a group. We had mass as a team and took part in daily prayers. The extended time together allowed us to learn more about our teammates and ourselves. Lengthy discussions took place, which required reflection and honesty. We learned many new things about one another, that a deeper level of respect and connection was established. A reoccurring activity throughout the retreat was writing thoughts or messages about each of our teammates. Each person received the written notes that pertained to her at the end of the retreat for private viewing.
As evidenced in the successful seasons of the soccer and basketball teams, the retreats played a key role in reaching that goal. The retreats provided each of us with the opportunity to have a deeper, more meaningful relationship with one another. We learned to support each other athletically and spiritually.
Regardless of the ups and downs our team experienced, we remained true to one another and dedicated to God. The retreats empowered each of us to be better leaders, teammates and friends.