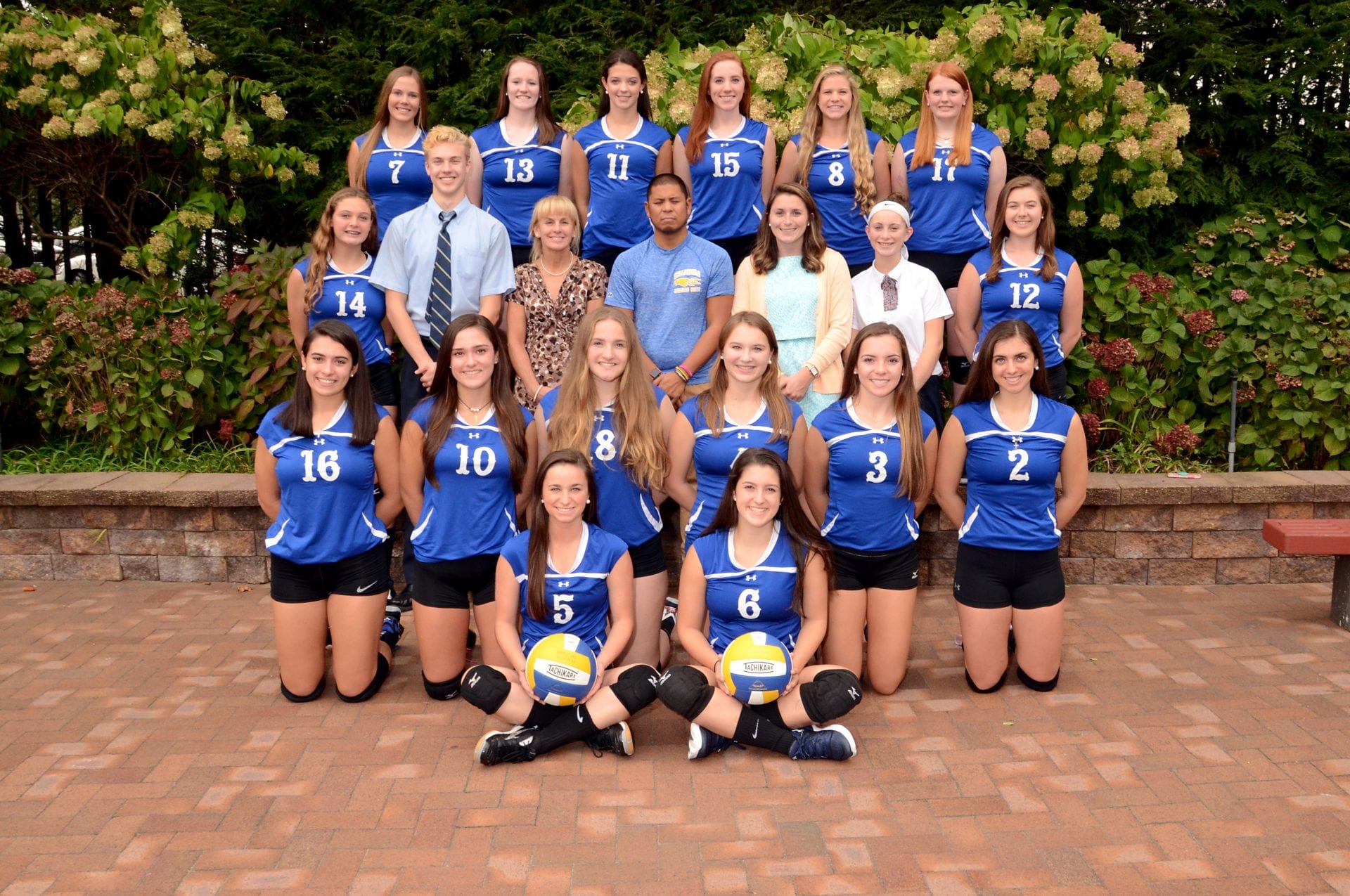 GETTING IT DONE ON THE COURT AND IN THE CLASSROOM!
The 2017 varsity volleyball team not only captured a thrilling league championship this past season, but they also snagged the highest academic recognition in the country by being chosen as recipients of the AVCA (American Volleyball Coaches Association) Team Academic Award.
In the announcement that was just published July 18, awards director Betsey McCamish commented, “This award honors teams who have matched their dedication to the sport of volleyball with excellence in the classroom. Meeting the award standards is an accomplishment of which your team can be proud.”
This marks the fourth straight year that the Lady Firebirds have been selected for this prestigious recognition.  The sixteen players on the roster—Kasey Beggi, Grace Cullen, Jenna Doyle, Gabby Faya, Madison Gale, Kylie Grubb, Tara Hagerman, Brianna Hartmann, Fiona Mahony, Trinity Manning, Francesca Mistron, Colleen Moulder, Heather Oleksiw, Molly Perrotta, Alyssa Pugh, Katie Sweeney—compiled an absolutely outstanding GPA of 92%!
“What can I say?” remarked Coach Cathy von Schoenermarck.  “My coaching staff and I have been blessed by being able to coach young women who are driven in everything that they do.  This award is proof of how they approach each day as champions, regardless of whether or not a scoreboard is visible.”
The Lady Firebirds, NSCHSGAA League Champions for 2015, 2016, and 2017, open up their 2018 season at home on Thursday, September 13 vs. OLMA.