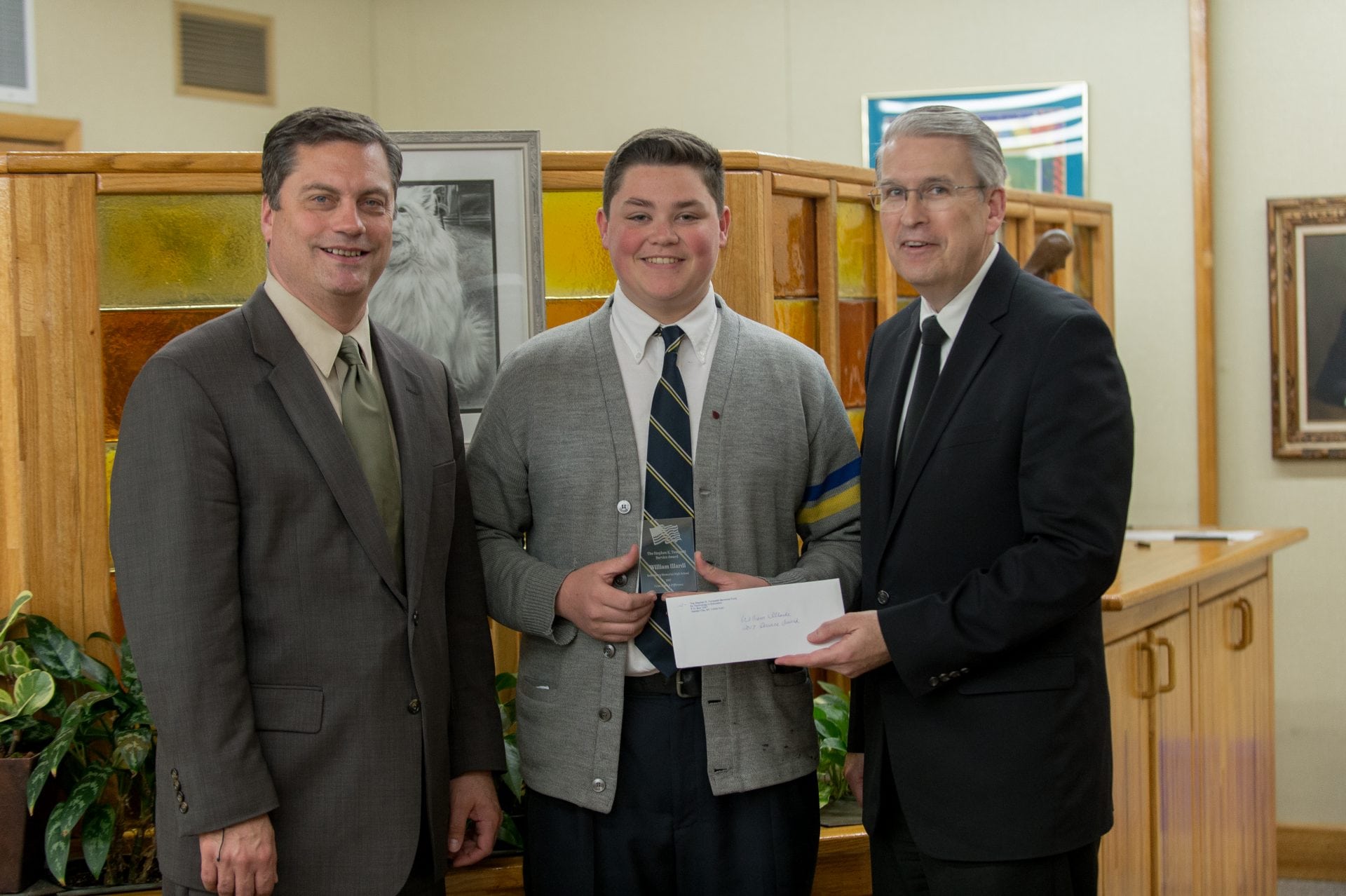 Congratulations to senior William Ilardi on winning the Stephen Tompsett Award essay contest.  William received a trophy and a $500 scholarship award.  He qualified for consideration by being a resident of Garden City and for writing an essay.  One award is given annually to a resident of Garden City who attends a public school, and another is given to a student who attends a Catholic school.  William is the first Kellenberg student to earn this award.
The Stephen K. Tompsett Memorial Fund for Technology in Education (“Stephen’s Fund”) is a 501 (c) (3) non-profit charity, created in honor and memory of Stephen Tompsett, SVP of Instinet Corp, resident of Garden City, NY, and parishioner of St. Joseph’s Church who was killed on 9/11/01 while attending a technology conference in the World Trade Center.
Stephen’s Fund is dedicated to continuing his volunteer work, exemplified by his love of children and his desire to improve education. Their mission is to encourage young people to excel especially in the Math, Science and Technology fields.
Categories: Kellenberg Features, STEM, StudentsMay 19, 2017
Tags: Garden CityscholarshipSTEMStephen Tompsett Award
Share this post
Share on FacebookShare on Facebook TweetShare on Twitter Pin itShare on Pinterest Share on LinkedInShare on LinkedIn