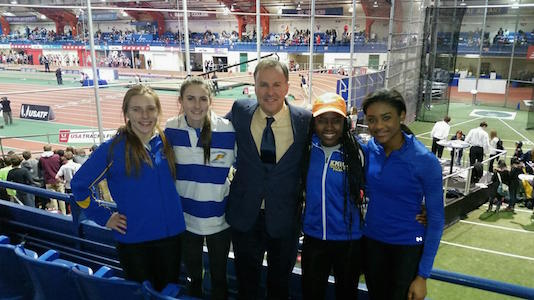 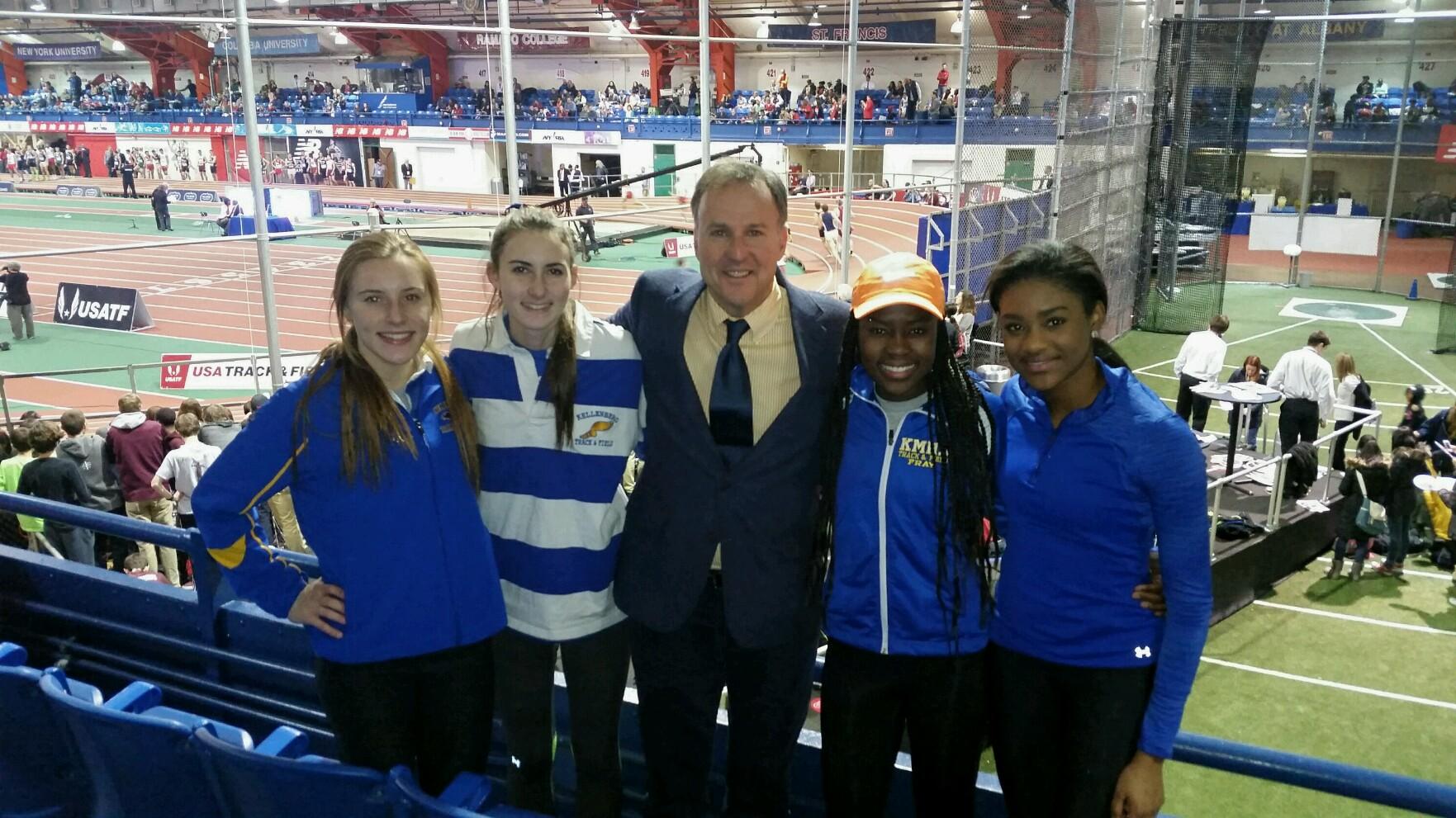 Kellenberg’s Girls Sprint Medley Relay team of Bridget McNierney, Keryann Ladoceur, Gabby Schreib, and Jazmine Fray captured their second “John P. Prendergast CHSAA” title in three years at the 108th Running of the Millrose Games in NYC’s Armory Track and Field Center. The favorite going into the race due to their Millrose Trials win and the fact that the relay squad currently has the third fastest time in the country, the Firebirds didn’t disappoint! McNierney led off the opening 400 meter leg in a close third, while Ladocuer’s strong 200 meter leg brought a small led for the next 200 meter leg. Gabby Schreib, the next leg, continued to maintain a small lead despite some of the usual bumping of close indoor contact racing. That was enough for anchor girl Jazmine Fray to, “to do her best to bring home the win for Kellenberg.” Fray, perhaps New York State’s most consistent mid- distance runner over the last three years, survived the noble competitive efforts of St. Anthony’s all-state runner Emily O’Neill, and courageous Kate McCormack of St. John the Baptist. Fray’s time of 2:13 was outstanding and bodes well for the Intersectional 600 meter champion going into the State Championship Meet on March 7th at Cornell a University. She will be joined there by fellow Firebird Intersectional champions McNierney, who qualified in the long jump and high hurdles, Deirdre Lewin in the 1000 meters, and Gabby Schreib who qualified in both the long jump and high hurdles as well! 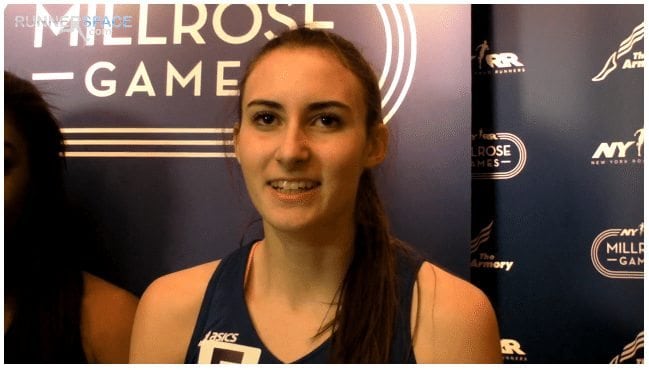