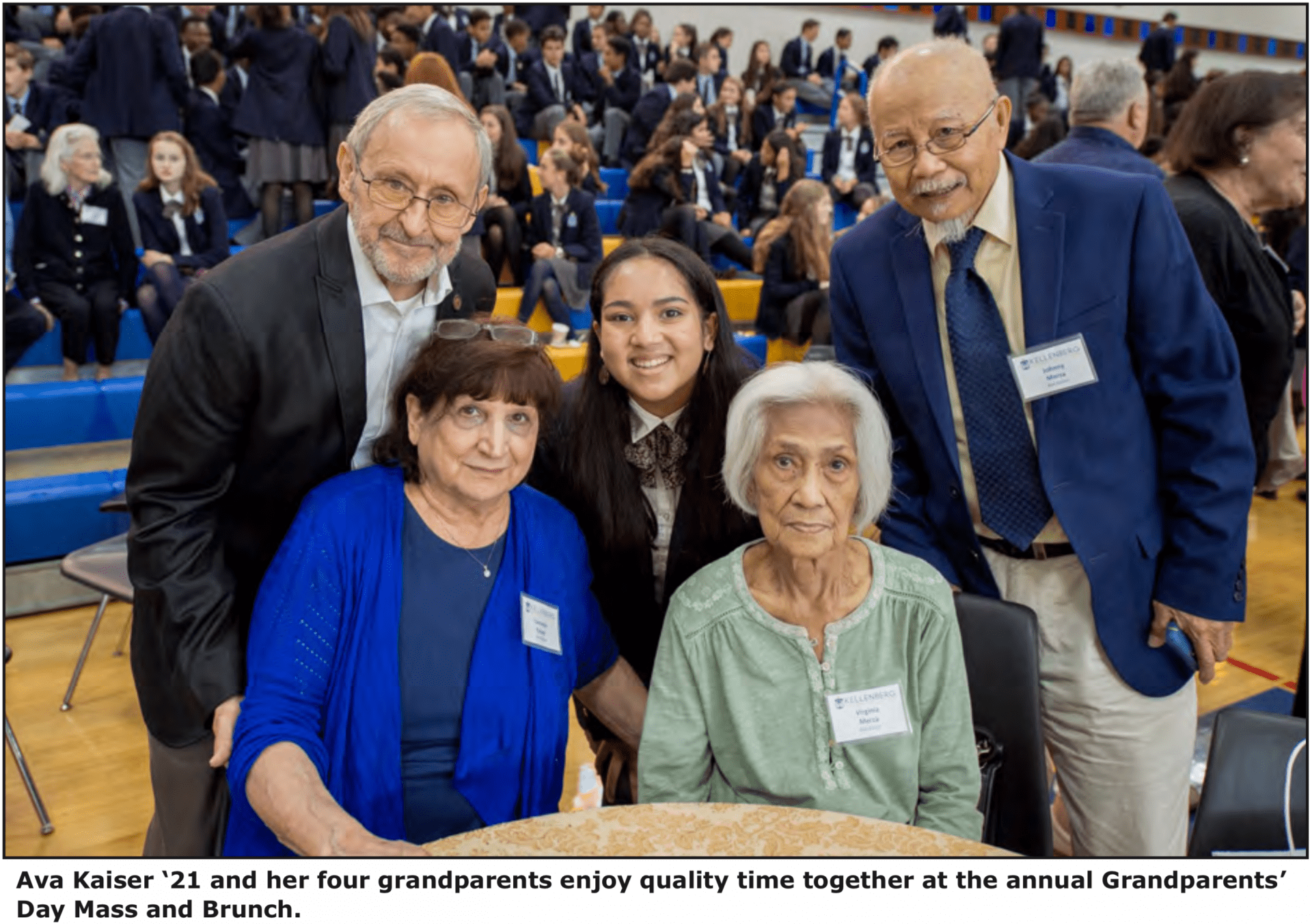 By Phoenix journalist Veronica Tadross ’21:
On Friday September 14, sophomore students and their grandparents gathered in the auditorium for Kellenberg’s second annual celebration of Grandparent’s Day. As the students and their grandparents gathered before the altar, the Gregorian Consortium serenaded the crowd with tunes including “At the Cross” by Chris Tomlin and the classic “Amazing Grace.” Once all were seated, the Mass began for the celebration of Christ and the most senior members of the Kellenberg family, the grandparents.
Following the Scripture readings, Father Thomas Cardone, S.M. took the opportunity to address the guests. He spoke ardently of conversations he had earlier with many sophomores, asking
them what comes to their mind when they think of their grandparents. Aside from the casual response of their grandparents reminding them of certain foods and childhood memories, many students regarded their grandparents as spiritual, inspiring individuals. This built upon the introduction Father Philip Eichner, S.M. gave to some of the same grandparents the year prior. In his homily a year ago, Fr. Philip had reminded the students that they are attending Kellenberg because their grandparents raised their parents to value the spiritual and academic growth of their own children. The Mass concluded as the students called upon their Blessed Mother for intercession through the singing of the Salve Regina.
After Mass, the day had just begun, as all students and grandparents were invited into the gymnasium for a light breakfast. While feasting on crumb cake, coffee, bagels and juice, the students were given an opportunity to bond with their grandparents and one another. Many guests sat on the bleachers and around tables set up around the cafeteria to meet their grandchildren’s peers and teachers. 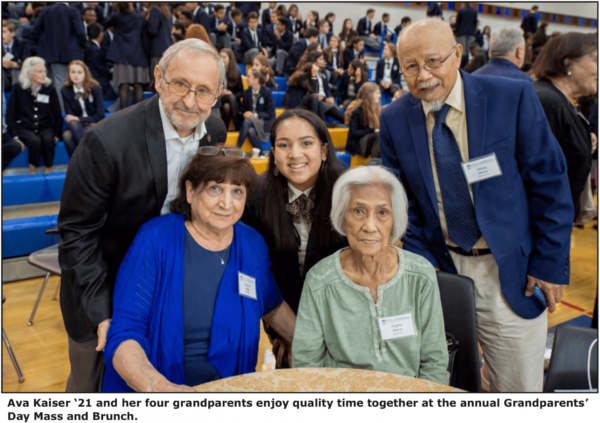 Grandparent’s Day was begun at Kellenberg to echo International Grandparent’s Day, which occurs on September 8 each year. The inaugural event took place last year for the freshman class of 2021, and will continue this year for new freshmen, returning sophomores, and Latin School students.
As the grandparents departed, they were each given a package prepared by the staff of the Ark, thanking them for their participation in the wonderful event. Each bag included discs of the hymns of the Gregorian Consortium that they had heard during Mass.
Osonitch, grandmother of sophomore Meghan Osonitch exclaimed about the event, “It was a great opportunity to learn more about my grand- daughter’s school. I look forward to listening to the recordings of the students singing and returning next year.”
As more Grandparent’s Days await the classes of 2021. ’22 and beyond, the founding of a new Kellenberg tradition helps students find unity with their grandparents and Eucharist.