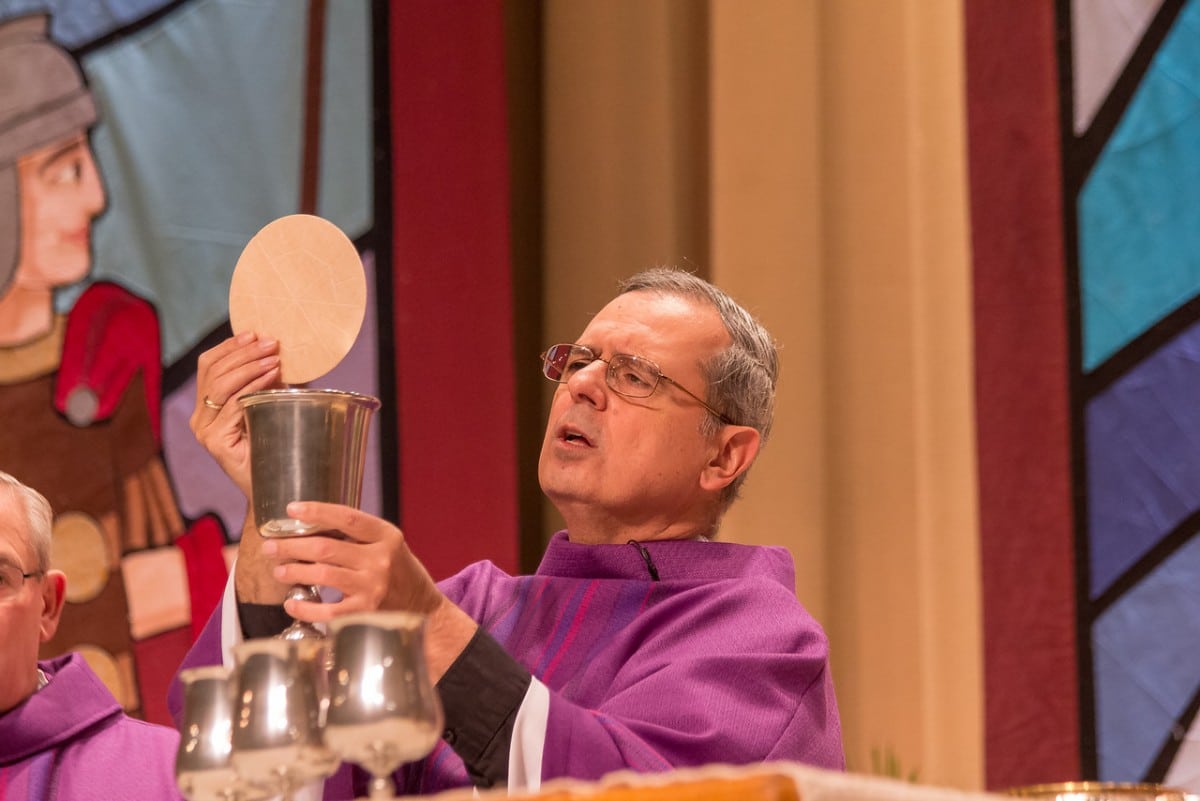 Article by Mackenzie Godley ’19:
The 29th Annual Communion Breakfast for the Latin School and Freshman was held on Sunday, March 13. The Mass began with a procession of crosses and purple banners, followed by Father Thomas Cardone’s wonderfully delivered homily. The Gregorian Consortium and Jubilee Choir led the students in songs throughout the Mass. After the Mass parents, siblings, and students made their way through the lobby to the cafeteria for a delicious breakfast. The Lobby was decorated with all of the freshman scripture projects that were simply magnificent. The projects had timelines of the Old Testament displayed in many creative ways.
Following the Mass and breakfast, our guest speaker, Mrs. Victoria Ruvolo, talked about her mercy experience during this Year of Mercy. She told the story of when a teenager threw a 20-pound frozen turkey through her car’s windshield and almost killed her. Her face was shattered and she was told that her recovery was going to be a long and grueling one. However, Victoria fought back and was fully recovered after six months.
Her story inspired many at this breakfast, and end of her presentation, she received a standing ovation. What really amazed everyone was that she was able to forgive the boy who did this to her– a truly inspiring witness, especially during this Year of Mercy.
The Kellenberg Memorial family would like to thank all the families that came to the Communion Breakfast last Sunday. We look forward to seeing you all at next year’s Communion Breakfast.