Seniors Gather for a Lenten Mission and their Final Faith Friday 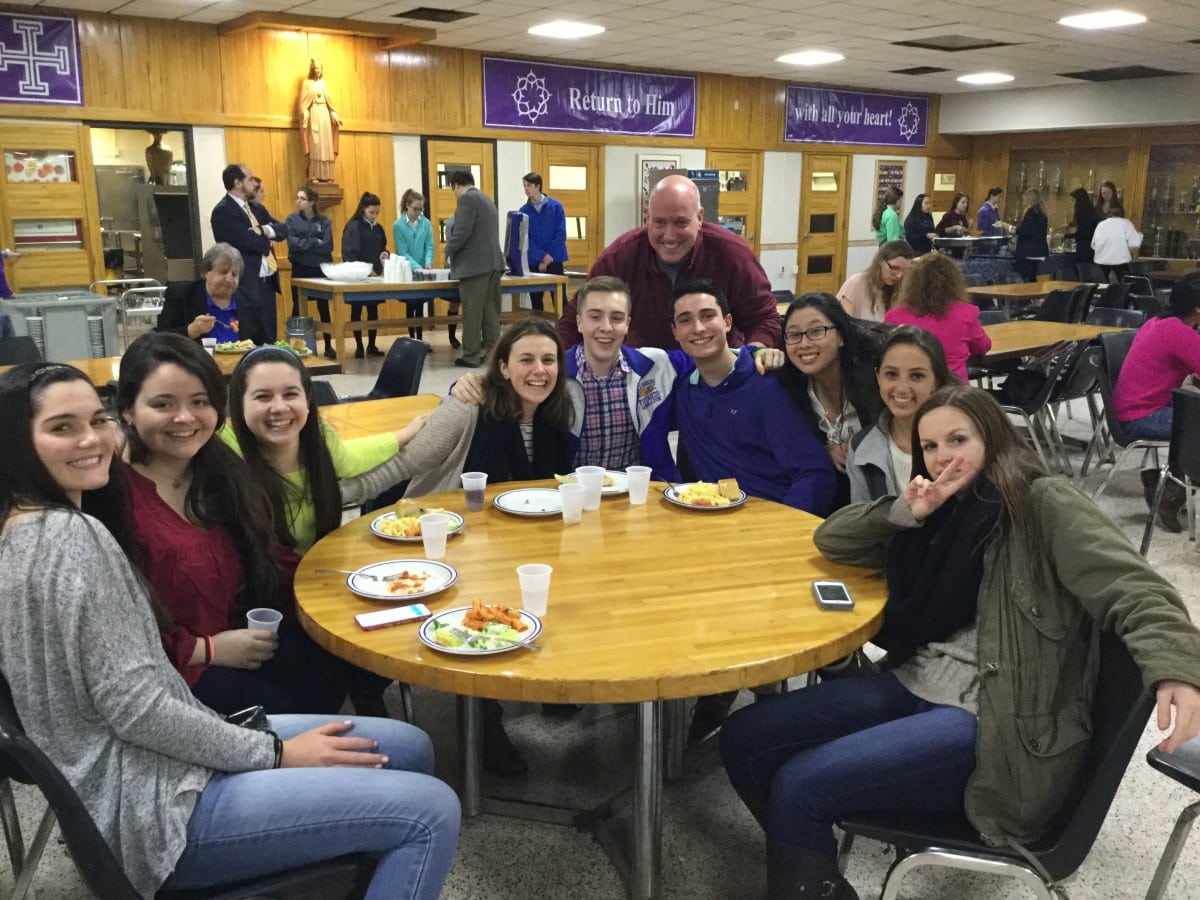 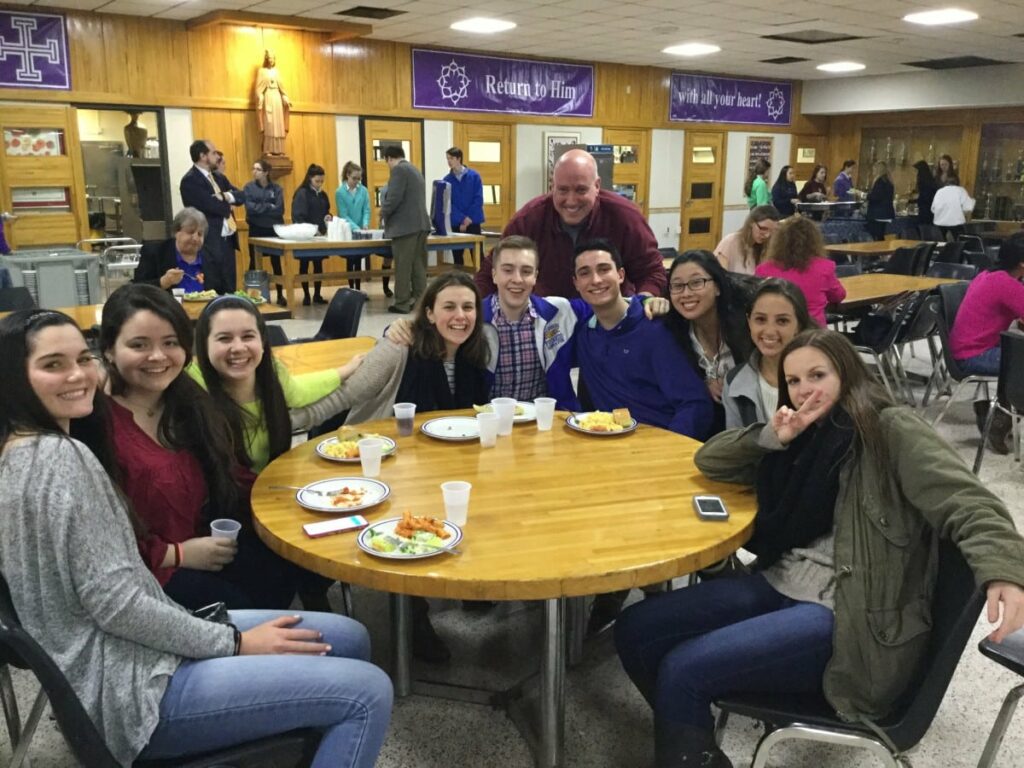 By Beth Ulicny, ’16:
On Friday, February 26, the senior class got together for their last Faith Friday event of the year. The class of 2016 started out the night by praying through the Stations of the Cross, where different members of the class took turns leading the readings. After everyone spoke, members of the senior class sang during a meditation. Following the prayer service, everyone gathered in the cafeteria and enjoyed dinner together and were able to talk about their experiences as well as take pictures with all their friends to commemorate  the night.
We ended the night by watching a World War II movie called Little Boy.  The movie starred Kevin James, Emily Watson, David Henrie, and Jakob Salvati. The movie was about a young boy whose father, the person he looked up to the most, was sent off to war and how he would do anything to get him home safe. Even if it meant becoming friends with a Japanese man, he would do it. By the end of the movie, the plot twist got everyone guessing the ending and  thinking about what mercy really means.
Mrs. Strauss concluded the evening with a inspiring talk about what mercy is and how important it is to forgive others. After many Faith Friday nights, this being our last Faith Friday as Kellenberg students, learning about mercy and how to stay merciful and faithful as we move on to college was was an experience I and the rest of the senior class will never forget.