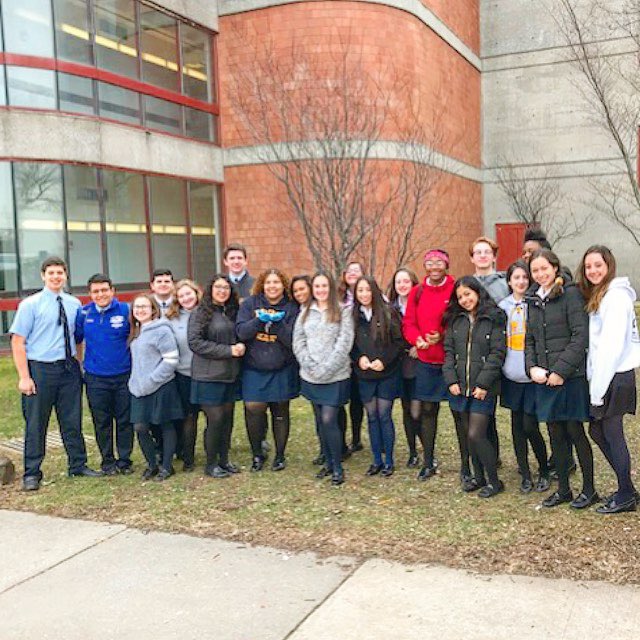 Phoenix Article by James Mooney III ’20:
On Friday, January 4, 2019, a group of Kellenberg students traveled to Queen’s College for STEM Day. The day began with high school students from three different schools speaking about their experience at the Garcia program and how it helped in their college searches and preparations. After that, there was a speaker who spoke about the significance of STEM cells and recent developments that will lead to more people getting organs that they need. After the speech, we went to our first lab activity,  a liquid nitrogen lab, where we were able to make and try our own ice cream that we made,  which was incorporated with a liquid nitrogen substance. We then went to a math conference where we learned about the significance of numbers and how computers cannot accurately solve everything, but we can. We then heard a talk on disasters that have occurred due to human error in physics and engineering. The speaker specifically pointed out the Hindenburg and the Explorer. We then participated in another lab, where we were able to see non-Newtonian fluids — liquids that, when left alone, become a solid when put under pressure.  Later, we attended the Hayden Memorial Chemistry Show. Several Chemists, including Mr. Sangorgi, demonstrated experiments involving fire, liquid nitrogen, dry ice, Helium, among others. The day concluded with more labs in which we were able to block out light waves and then make our silly putty.