Boys Varsity Basketball Shows Importance of ‘Service Over Self’ 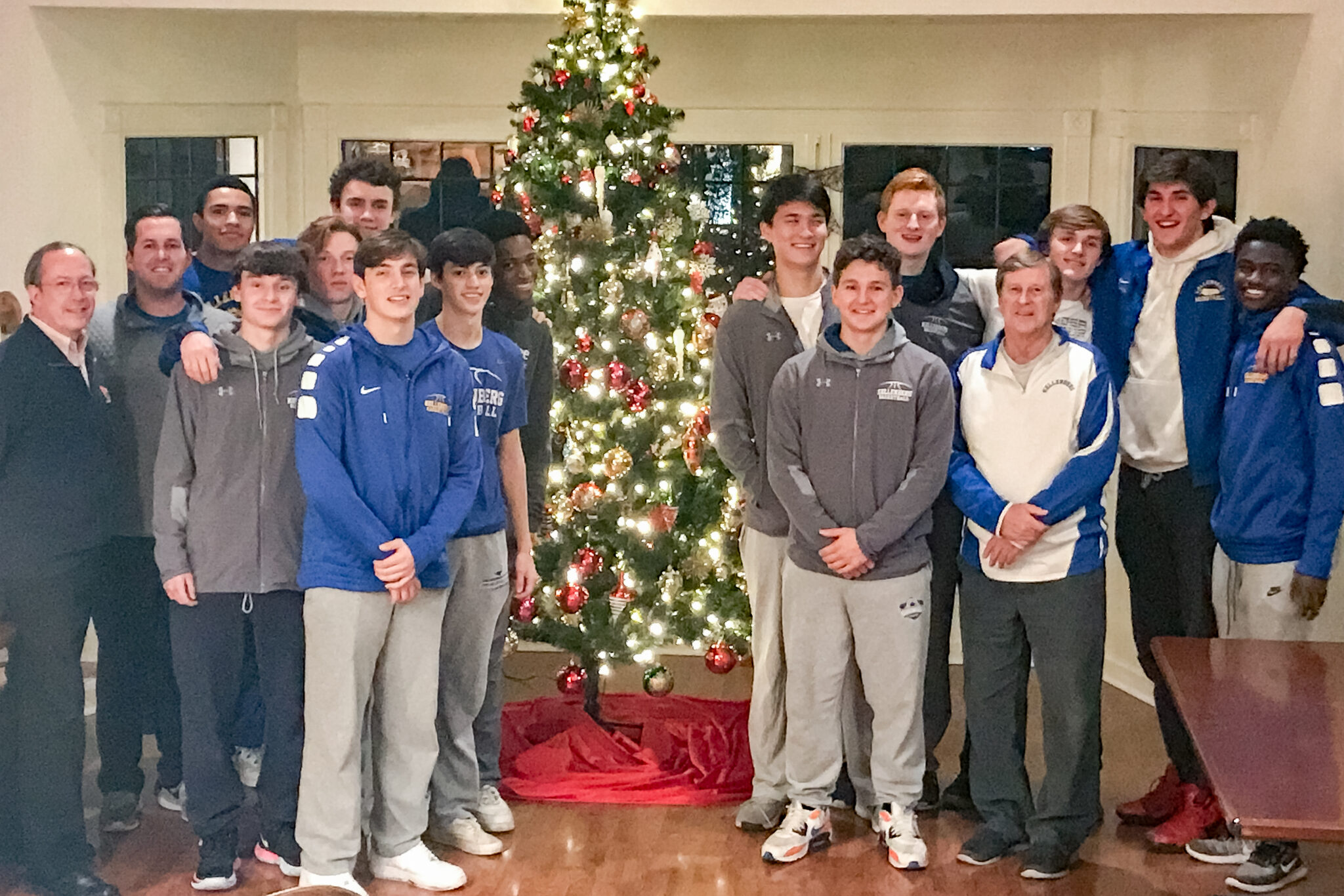 This past Friday on December 6th the Boys Varsity Basketball team traveled out to Stella Maris Retreat House in Islip, New York, with Brother Michael Gillen, S.M., and Coaches McCutcheon and Lyons for their annual S.O.S. (Service over Self) project. 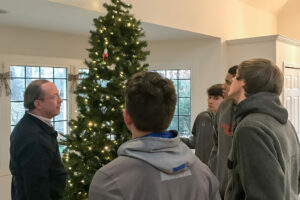 Upon arrival the team was greeted warmly by the caretaker of the property, Mr. Fred Webber, and a house in much need of Christmas spirit. The team immediately got to work as jobs were assigned to different members of the team to take care of different facets of the decorating.

Juniors were to go outside and down into the basement to carry up the Christmas trees, ornaments and other decorations as some of the seniors moved around furniture for the incoming decorum. The next hour and a half was spent putting up trees, hooking up lights, and hanging ornaments to the singing of Michael Bublé. The time seemed to fly as everyone was laughing and enjoying the company of their teammates. 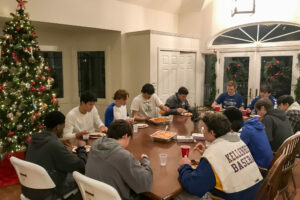 Guard Matt Tracz ’20 commented, “It was honestly such a fun time, I really love these guys and wouldn’t want it any other way.” After the rest of the decorating was completed the team headed outside to get rid of any excess energy in preparation for a prayer service. The team gathered in the living room which currently acts as a chapel for prayer. The service was a reading led by Brother Michael Gillen where different members of the team read separate parts which emphasized the importance of being one unit as a team not only on the court but off the court in terms of faith life and everyday actions. We push through and overcome adversities together and work hard not only for ourselves but for each other. 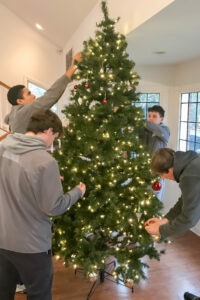 Then what followed was a home-cooked dinner by Mr. Webber. The team shared the meal with laughs and table games, having fun and building chemistry. Guard Jake Cosgrove ’20 reflects, “It’s stuff like what we did today that really builds us up and brings us closer together as a team.” All the plates were left empty as we proceeded to clean up the rest of the meal and leave the house spotless. We head home on a cheerful and spiritual bus ride excited for what the season had in store for this year. “All in all, a pretty good time.” Sean Michael Wilcox, Forward ’21.