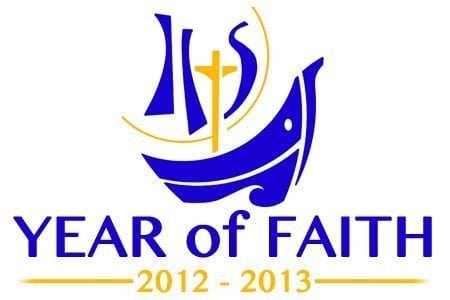 Article by Joseph Hinshaw, class of 2014:
On September 13, Kellenberg Memorial High School kicked off its first Faith Friday of the new school year with the Catholic League Evening of Recollection for the new senior class. This evening was also the first Catholic League event of the 2013-2014 school year. The Catholic League is a national organization that works to defend Catholicism and protect religious liberties in our world today. Kellenberg is one of only a few schools nationally that has a student section of the Catholic League. During the student meetings, students discuss philosophical questions and current social and political events relating to their faith. The students learn how to make their own compelling arguments against the persecution towards Catholics found in the world today. During the Evening of Recollection, the seniors were encouraged to give it their all as the new Catholic League leaders. Under the excellent new student leaders of Catholic League, this is sure to be a fantastic year for the club.
In 2012, Pope Benedict XVI declared that there would be a Year of Faith for the Catholic Church. As a response to the Pope’s call, Kellenberg began the new tradition of Faith Fridays. Faith Friday events give students an opportunity to do something meaningful with their Friday nights through their faith. In addition to Faith Friday, Kellenberg has also celebrated this Year of Faith with its Catholic Experience summer program. Many students also had the unforgettable opportunity to go on a twelve-day trip to Rio de Janeiro in Brazil for World Youth Day. Through Pope Francis’s terrific leadership in celebrating World Youth Day, it was certainly a memorable experience for all who went.
Since the Year of Faith began, Kellenberg has celebrated many other excellent Faith Friday events. These include a Freshman Dance, a Junior Evening of Recollection run by C.R.O.S.S., a film night where the Juniors viewed the classic Life is Beautiful, and a Senior Evening of Recollection where the Class of 2013 prayed and meditated on the Stations of the Cross. The Faith Friday events have certainly proved successful, pulling in about 200 students regularly last year. Following the success of last year’s Faith Fridays and the Catholic League Evening of Recollection, Kellenberg is optimistic that 2013-2014 will be another great, faith-filled year.
A full list of Faith Fridays for the 2013-2014 school year may be found online:
http://www.kellenberg.org/ark/year-of-faith